Tohoku University's Triathlon Club has taken third place at the Student Duathlon Championships. The competition was held at Kiso Sanzen Park in Gifu on February 26.

A duathlon is an athletic event that consists of a running leg, followed by a cycling leg and then another running leg, in a format similar to triathlons. In the group event, the winners are decided by adding the total times of the top three athletes from participating universities.

Tohoku University's Triathlon Club continues to show its dominance at the event. Over the past three years, it has taken first place once, and come in third twice. 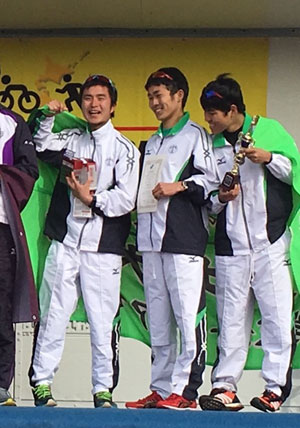