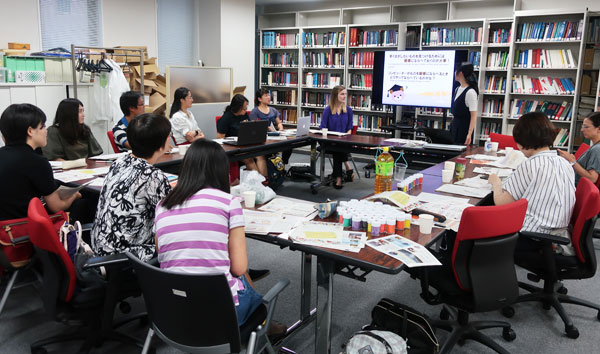 About 32 boys and girls, aged between 10 and 12, took part this year. "Last year we had a wider age range, but communication is better when everyone is around the same age," said MIT-Japan Programme Director Christine Pilcavage. "Although our ultimate goal is to get more women interested in science, I think having boys and girls learning together from a young age encourages acceptance and respect when these boys grow up to be men." 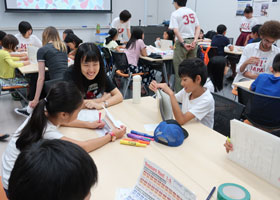 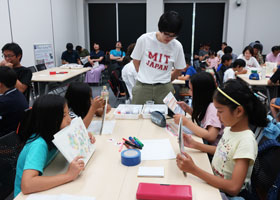 The theme was "Computer Science Unplugged," which looked at how computers solve problems using algorithms. The activities were designed and led by five MIT students and nine Science Angels.

"Computer programming will soon be taught in elementary schools here, so I thought teaching the children about algorithms would be useful," said Fumi Seto, a specially appointed assistant professor at TUMUG. "Without knowing algorithms, programming is just a technique. If they understand algorithms, they will know the process of solving the problem." 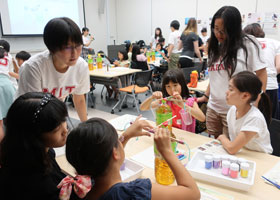 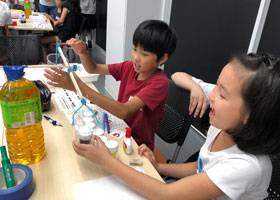 In the second activity, the children learnt about "sorting algorithms" by conducting experiments with a scale, to arrange a series of coloured weights from lightest to heaviest. 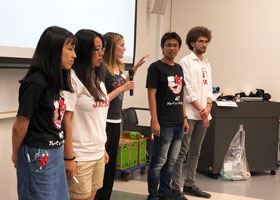 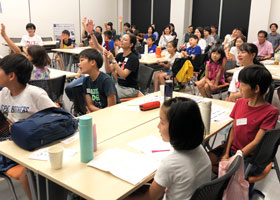 Although young, the children were clearly familiar with how computers work. Yuma Iwai is 10 years old and enjoys using Scratch, a programming language, to create online projects with the help of her older brother.

Mayumi Sasaki said her 11-year-old son enjoys spending time on the computer at home and making robots. "You know those kits that you can buy? He loves reading the instructions and trying to build things on his own. When we found out about this event, he really wanted to come."

Also joining in the fun were a few parents, who seemed almost as enthusiastic as their children. "Kanta likes to watch science programmes on NHK, so my wife and I encouraged him to take part in this. It's his first time, but I think he's enjoying himself," said Hideoki Nakashima. 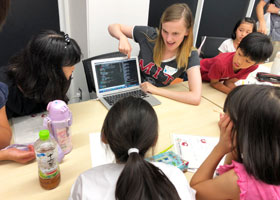 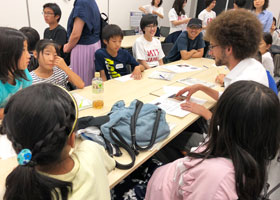 Since children of that age group in Japan have just started learning English in elementary school, the event was also an opportunity for them to practice simple phrases and use vocabulary such as colours.

"Of course the children enjoy themselves, but our young researchers have fun at these events too," said Seto. "There are still not many female researchers in the STEM fields, so as Science Angels we want to develop a network where we can support each other."

The Science Angels programme was initiated in 2006 and remains a cornerstone of Tohoku University's on-going efforts to promote the role of women in science. 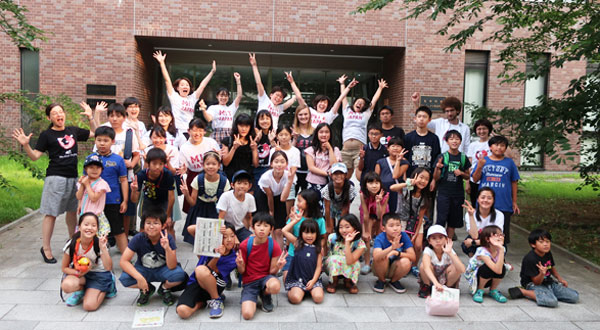