Opening of an Academic Open Space with the University of Washington

President Susumu Satomi and University of Washington President Ana Mari Cauce signed the agreement during a special visit to the Pacific Northwest by a 20-strong delegation from Tohoku University on April 14. 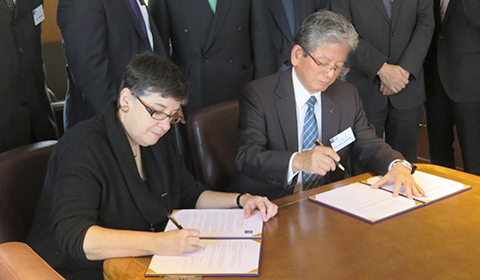 During the ceremony, President Satomi thanked the people of Washington for their support of the Tohoku region, especially in the aftermath of the Great East Japan Earthquake. "This Academic Open Space is the result of many years of outstanding collaboration and exchange in research and education."

President Cauce was similarly enthusiastic about the opportunities ahead. "Working together, our two great universities can foster innovations and advancements in fields such as aerospace, clean energy and the development of new materials, among many others, all of which are critical to meeting the demands of growing industries in both regions." 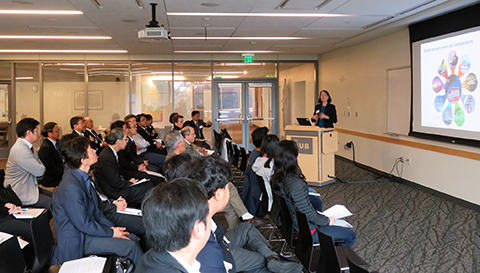 The signing ceremony came at the end of a three-day event, which included a commemorative symposium, as well as lively and productive workshops on the themes of composite materials and next generation aircraft.

Coming together to share their experiences and knowledge were graduate students and researchers from not only Tohoku University but also other Japanese universities and industry, including Boeing and Toray Composite Materials America. Many Japanese companies such as Toray, Mitsubishi Aircraft and Subaru have seen recent expansion in Seattle, a city already well known for being home to global giants Microsoft, Amazon and Starbucks. 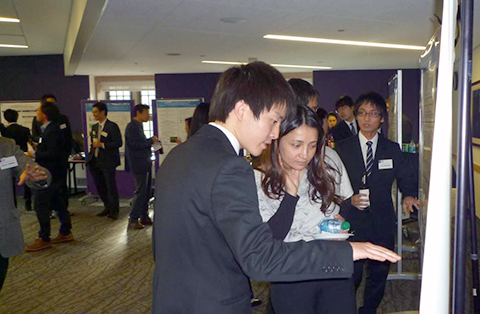 According to University of Washington Professor Fumio Ohuchi, who serves as AOS director, faculty members and students of both universities will be able to meet regularly either in person or online, to share research and education ideas. For now, the AOS will focus on cooperation in materials science and aerospace design, but there are plans to expand the fields to include disaster science, medical science and physics.

At the end of the 3-day event, officials from both universities were joined by dignitaries from state government and by representatives of leading businesses for a reception at the official residence of the Consul General of Japan in Seattle, Masahiro Omura.