At the meeting, senior staff members who lead international exchange at their institutions held discussions on the activities of APRU, which seek to contribute to solving various problems found in the Pacific Rim region. About 65 representatives from 37 universities were present this year. 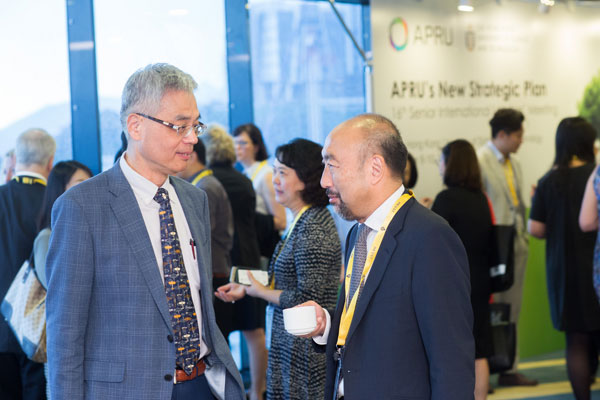 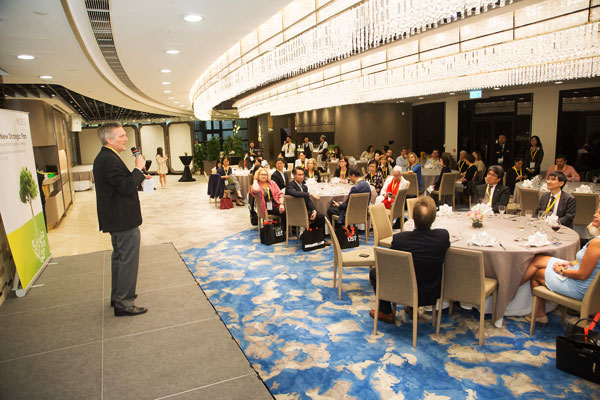 The meeting began with a welcome speech and lecture from Hong Kong University of Science and Technology President Wei Shyy, who assumed the position in September, and this was followed by reports about each program currently being run.

Associate Professor Takako Izumi (International Research Institute of Disaster Science), the director of the APRU Multi-Hazards Program, made a presentation detailing the program's current activities aimed at disaster prevention and mitigation, developed in cooperation with international organizations such as the United Nations. 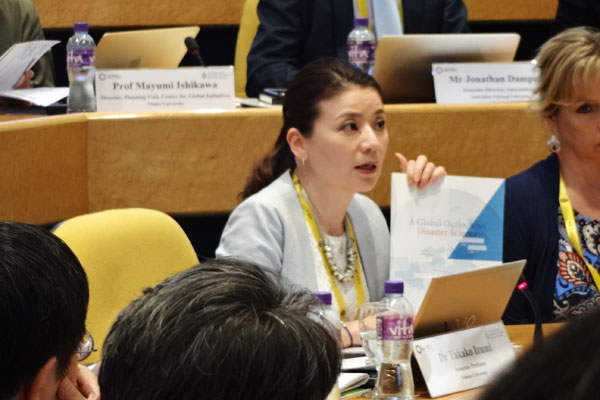 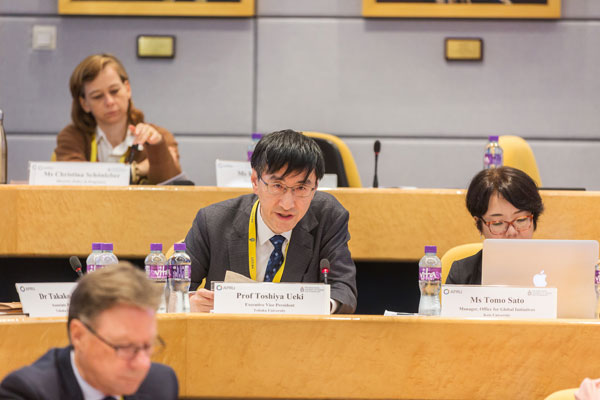 In the afternoon, group discussions on APRU's strategy plan were held, and at the general meeting later, EVP Ueki gave a report on the discussion that he was involved in. Based on the results of the discussions, APRU's strategy plan for 2019 - 2021 will be prepared. It is expected to be presented and approved at the Annual Presidents' Meeting to be held at the University of California Los Angeles next June.

Next year's APRU Senior International Leaders' Meeting will be held at the University of British Columbia in Canada in the autumn. 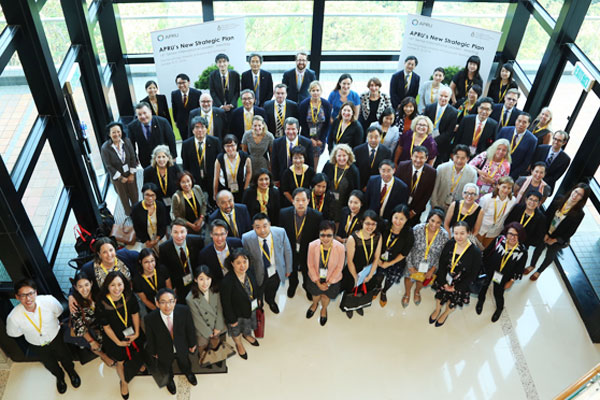 As the only network of leading universities linking the Americas, Asia and Australasia, the Association of Pacific Rim Universities (APRU) is the Voice of Knowledge and Innovation for the Asia-Pacific region. We bring together thought leaders, researchers, and policy-makers to exchange ideas and collaborate on effective solutions to the challenges of the 21st century. APRU was founded in 1997 and currently there are 50 member universities from 17 economies. Tohoku University joined in 2008.