On November 15, approximately 60 students from Chinese universities, who had been invited to Japan as part of the Ministry of Foreign Affairs' "Japan-China International Solidarity Project on Afforestation and Tree-planting," visited Tohoku University.

The group first visited Katahira Campus and Kawauchi Campus. At the University Archives on Katahira Campus, Assistant Professor Satoshi Sonehara and Shotaro Shimizu, a fellow researcher at the Center for Academic Resources and Archives, introduced materials about the famed Chinese writer - Lu Xun. Shortly thereafter, the group was taken to see the Lu Xun Lecture Hall. Tohoku University undergraduate and graduate students provided tours of Kawauchi Campus for the visiting students, showcasing several facilities, such as the library

Following the campus tour, a welcome ceremony was held. Vice Director Yoshitaka Kasukabe and Appointed Associate Professor Yuka Sakamoto of the Institute for Excellence in Higher Education's Global Learning Center attended the ceremony. At the ceremony, Jin Yi, a Chinese student in her first year of the Graduate School of Engineering's doctoral program, gave an overview of the university in Chinese. Vice Director Kasukabe, who addressed the visiting group, emphasized, "Friendship between Japan and China has continued since Lu Xun studied at Tohoku University, leading to events such as today's visit. I hope that following this event, the next time you come to Tohoku University will be as students or researchers." 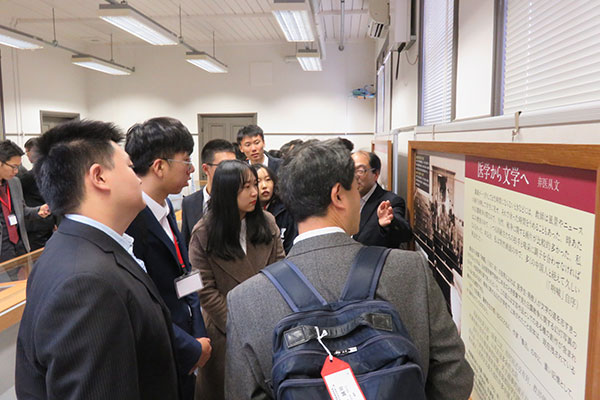 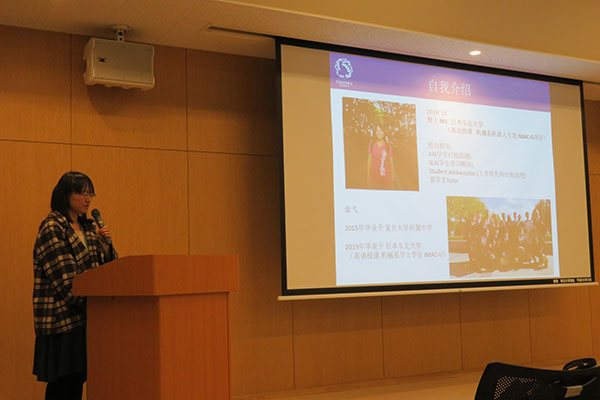 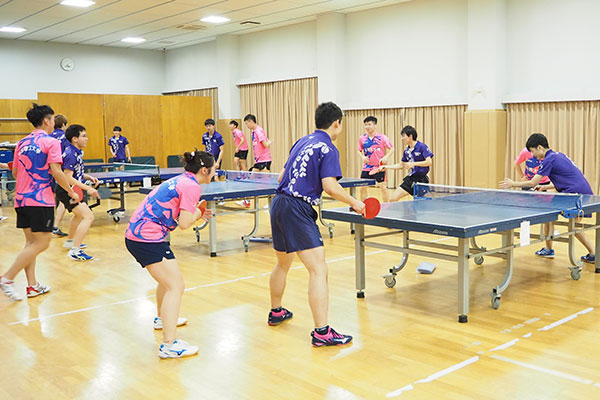 Following the welcome ceremony, the group enjoyed friendly exchanges with the Table Tennis Club and the Go Club. In the table tennis exchange, 26 students from East China University of Science and Technology's School of Sports Science and Engineering played doubles matches with members of Tohoku University's table tennis club. The Chinese and Japanese students actively communicated in English in order to check each other's swings and signals throughout the game, and all enjoyed working together. 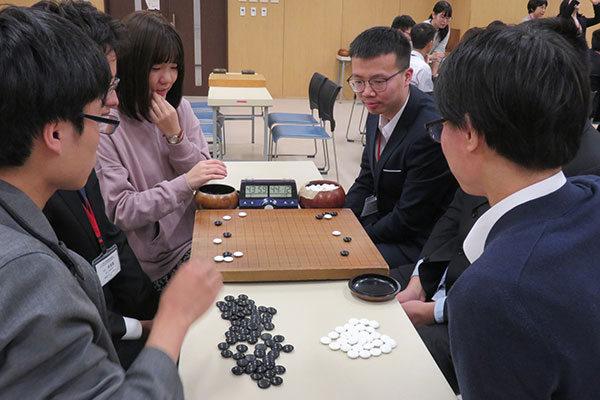 In the Go exchange, 27 students from a number of Chinese universities, including Tsinghua University, Sichuan University, Sun Yat-sen University, and Wuhan University, played the game with Tohoku University's Go Club. The students played in mixed groups of Japanese and Chinese students, helping to develop their friendship. After playing the game, the students discussed in English their opening moves and what would have been the best move to make in each situation.

Among the comments made by participants were, "I was able to get a sense of the atmosphere within the university and the warmth of the students" and "By playing doubles, I could more deeply appreciate and enjoy playing table tennis."

The purpose of this visit was to promote tree-planting activities by Chinese university students, to deepen their friendships with Japanese university students, and to promote a multifaceted understanding of Japan and friendship between young people in Japan and China. Within Miyagi Prefecture, visits were made to Tohoku Fukushi University, Higashimatsushima City, and Tome City, in addition to Tohoku University.