On November 9, the European Union Ambassador to Japan, Patricia Flor, visited Tohoku University, where she toured the Advanced Institute of Materials Science (AIMR), met with researchers and paid a courtesy visit to President Hideo Ohno.

The tour of AIMR was led by institute director Shin-ichi Orimo, deputy director Hiroshi Suito, and director of its Research Support Division, Nobuyuki Nishiyama. The ambassador spoke to early-career researchers about their interests and work, and visited several laboratories. 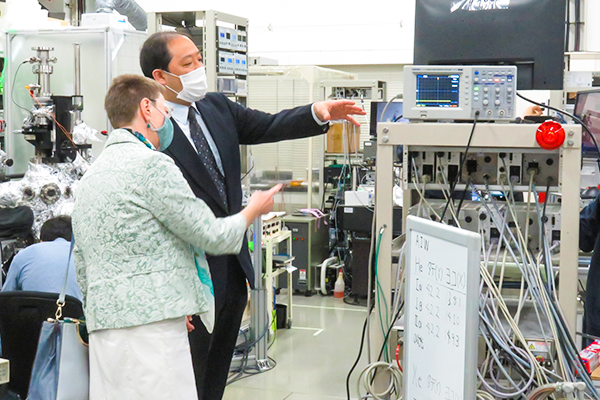 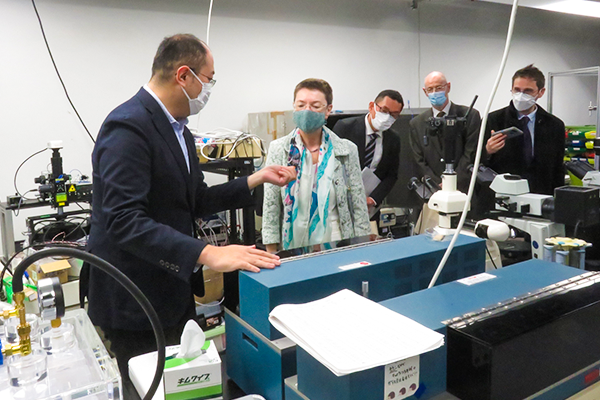 She also met with six Tohoku University researchers who have either worked with, or have an interest in, EU-based institutions. The researchers discussed the results of their joint research, and also some of the challenges they faced.

They said that while EU research grant programs are helpful in promoting student exchange, it can be difficult to conduct research across borders due to the different regulations and systems in place. 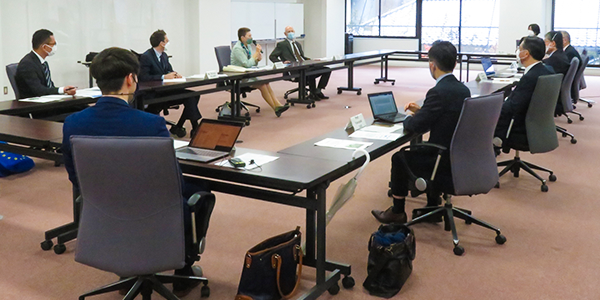 The ambassador pointed out that safeguards are necessary because cutting-edge technology can be used for both good and bad. She added that although activities within the EU have been restricted by the coronavirus pandemic, she felt that it's time for governments and institutions to bring back a sense of normalcy through vaccination programs and other measures.

Ambassador Flor's visit concluded with a meeting with President Ohno, where she described the EU as a leader in the fight against climate change and said that its member states are working together as "Team Europe" to tackle this important issue. 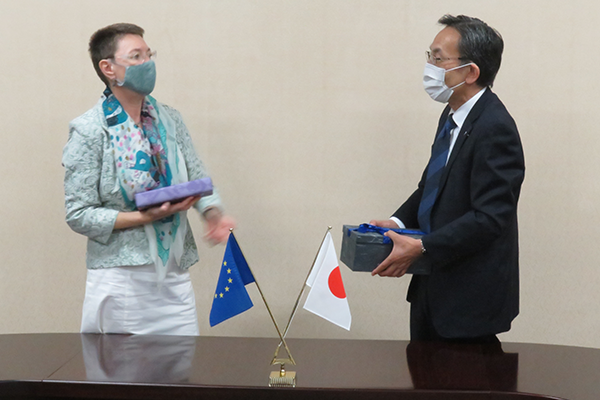 The meeting wrapped with both sides reaffirming their commitment to developing more opportunities for academic exchange and research collaboration between Tohoku University and the EU.