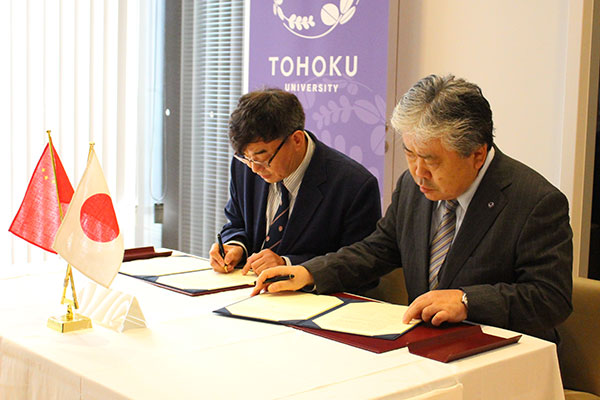 EVP Hayasaka said in his greeting to the visiting party, "Our universities have much in common, as we have both made great progress in research and education through the work of excellent faculty members who have been active overseas. Today I hope that we can get to know more about each other's universities." SUSTech's Vice President Dongxiao Zhang and Tohoku University's Vice President Masahiro Yamaguchi introduced their respective institutions' backgrounds and activities. At the end of the meeting, comments and questions were eagerly exchanged. 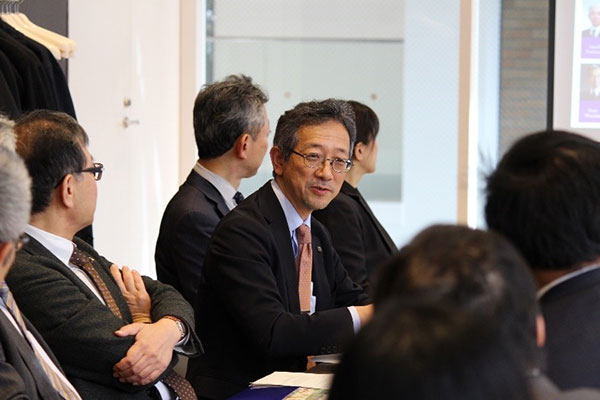 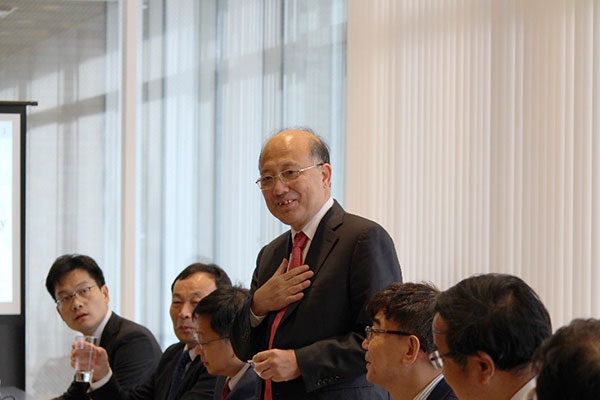 Professor Yongbo Wu of SUSTech's College of Engineering, who was awarded a doctoral degree by Tohoku University's Graduate School of Biomedical Engineering (under Professor Kuriyagawa), was also present at the interview and signing ceremony. Professor Wu and Professor Kuriyagawa have co-organized international conferences and invited lectures. It is hoped that such research and education exchanges will be further deepened and developed through this agreement.

After the formalities had been concluded, the group visited the Tohoku University Archives and the Lu Xun Lecture Hall, after which they visited the Graduate School of Engineering and the Graduate School of Biomedical Engineering. They enjoyed meeting with the deans of each and were introduced to the research equipment in a number of laboratories.