A delegation from the University of Science and Technology Beijing, led by President Xinxin Zhang, visited Tohoku University on August 31, to renew a long-standing university level exchange agreement.

The agreement between the two universities was first concluded in 2002, and there have since been many opportunities for collaboration and exchange, such as the holding of Tohoku University Day in Beijing in 2012.

The overseas education program conducted jointly by the two universities for first year students of the Faculty of Engineering has been delivering outstanding results in fostering students' global awareness for over 10 years. This year, Tohoku University awarded the program the Presidential Prize for Educational Excellence. 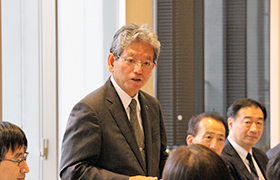 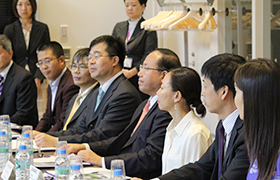 At the signing ceremony, Tohoku University President Susumu Satomi expressed his appreciation for the University of Science and Technology Beijing's cooperation in various exchange activities. He said that he hopes the partnership "will continue to develop talented individuals who will build bridges, not only between our two universities, but also between China and Japan."

In his speech, President Zhang reiterated his hope that the relationship, which has existed between the two universities for 15 years, will continue to bear fruit long into the future. 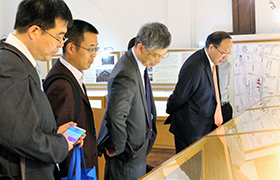 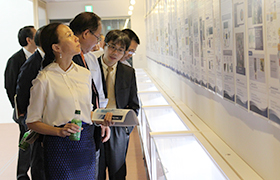 While on campus, the Chinese delegation learnt about the research being carried out at the Graduate School of Engineering and associated institutes, such as the Institute for Materials Research. They also visited the Tohoku University Archives and the lecture hall in which famous Chinese writer Lu Xun studied.

The University of Science and Technology Beijing was founded in 1952 as Beijing Institute of Iron and Steel Technology, integrating the materials departments of several universities. It is now a comprehensive university that includes an undergraduate School of Humanities and Social Sciences. The university is renowned for metallurgy and materials science in particular, and it is often described as "the cradle of iron and steel engineers" because it has produced many excellent graduates in these fields. 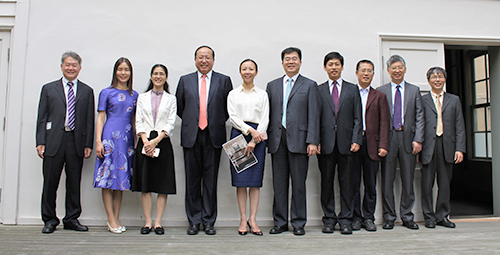