The renewal of the Academic Exchange Agreement with Foreign Trade University was signed by the presidents of both universities in front of a large group of faculty and staff. 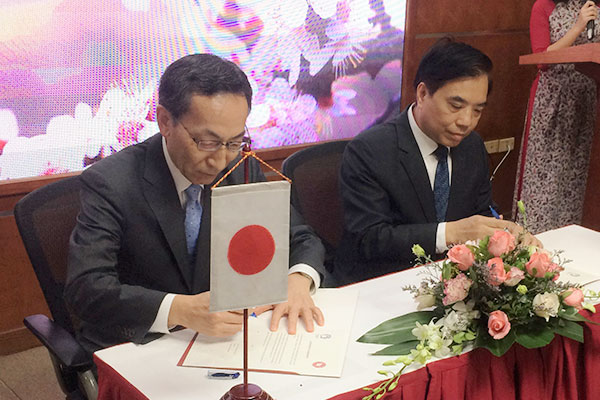 Speaking at the event, President Ohno noted that there have been many successful exchange activities since the original agreement was made in 2013. He expressed hope that the renewal will lead to even stronger collaborative efforts in the future.

Foreign Trade University President Bui Anh Tuan presented a Certificate of Appreciation to President Ohno, and to the deputy director of the Tohoku University's Global Learning Centre, Kazuko Suematsu, for their contributions towards developing exchanges between the two universities. 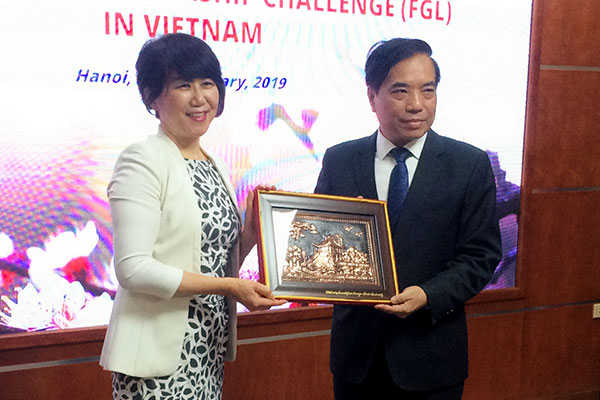 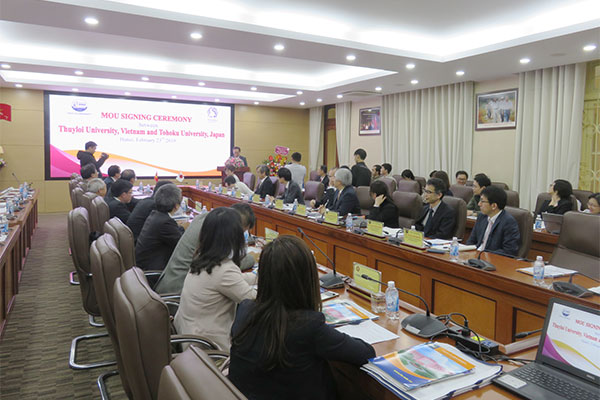 Later on the same day, the signing ceremony for an academic exchange agreement between Thuyloi University and Tohoku University was held.

Thuyloi University, which leads Vietnam in the field of water resources management, began collaborative research with Tohoku University in the late 1990s. Vice President Nguyen Trung Viet received a doctoral degree from Tohoku University, having studied under Professor Hitoshi Tanaka at the Graduate School of Engineering.

As a result, education and research exchanges between the two universities became more active, especially in the fields of water environmental engineering and environmental hydrodynamics. 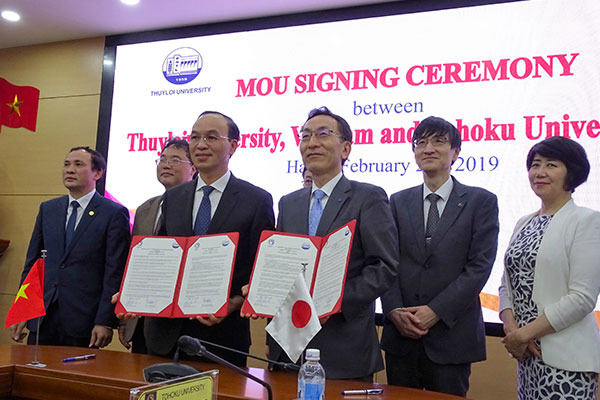 In 2007, Thuyloi University concluded a department-level exchange agreement with the Graduate School of Engineering, and this has now been followed by the signing of the university-level agreement. With its conclusion, academic exchanges are expected to be further expanded and deepened.