On August 27, Professor Barry Green, Chief Academic and Research Officer for the African Institute for Mathematical Sciences Next Einstein Initiative, visited Tohoku University where he signed a new academic exchange agreement between the two institutions.

The African Institute for Mathematical Sciences (AIMS) is an academic network focusing on mathematics. It currently operates at six locations across Africa, providing outstanding students from all over the continent with an international education.

AIMS and Tohoku University concluded the agreement to foster student exchange. The expectation is that through accepting outstanding African students, Tohoku University can play a part in developing talented individuals across the continent, strengthen its cooperation with higher education institutions in Africa, and improve its presence in the region. 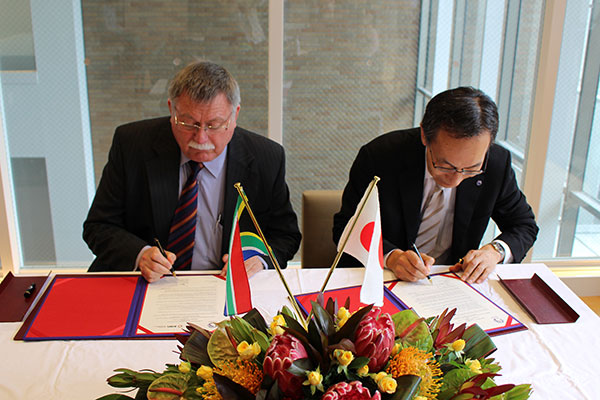 "Through collaborations between our two institutions, we will nurture young leaders who will act as a bridge between Japan and Africa and who will play an active role in the world in the future," said President Ohno. Professor Green said, "Tohoku University is the first university in Japan with whom we have signed an academic agreement, so we look forward to new collaborations in the future. It is our hope that we will produce results to benefit both parties." 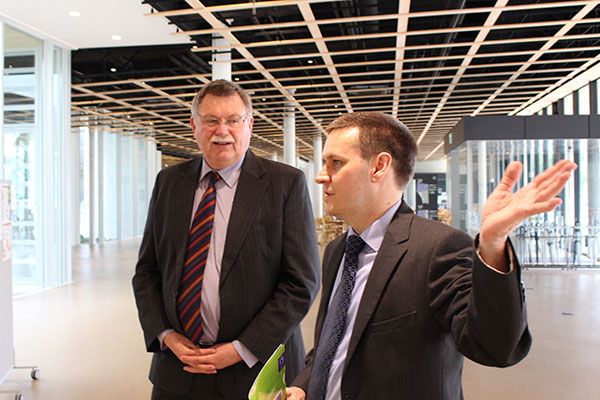