On September 11, President Hideo Ohno visited Purdue University, where he gave a lecture. The lecture was part of a Distinguished Lecture Series, hosted by the university's Discovery Park. Established through donations from private companies and from the State of Indiana, the Discovery Park is a research complex promoting interdisciplinary research and the creation of innovations that seek to address global challenges.

President Ohno's lecture, entitled "Why We Need Spintronics in the Era of IoT and AI," described the latest achievements in spintronics research and explained how they are contributing to the development of devices with a low-power processing capability, which is essential for IoT. The Distinguished Lecture was held as part of Spintronics Workshop II, an event co-sponsored by Tohoku University and Purdue University. About 80 researchers and students from both universities attended the lecture. 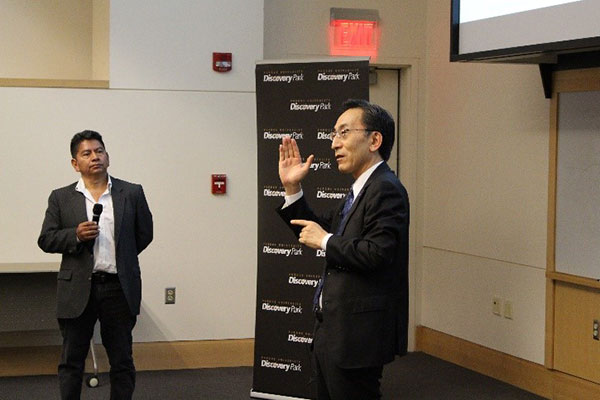 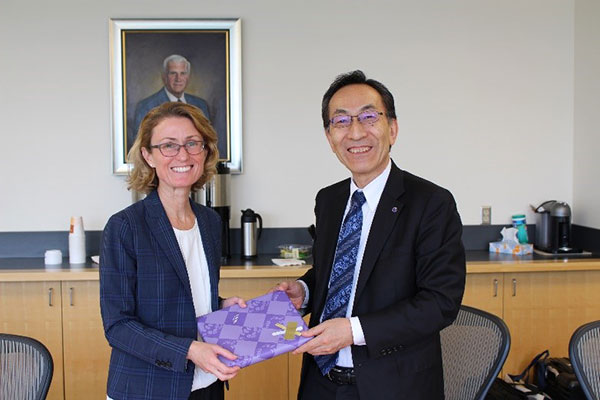 Based on the success of previous research exchanges, President Ohno and Vice President Rubia (on behalf of President Mitchell E. Daniels, Jr.) signed a Letter of Intent for further academic collaboration in the fields of quantum engineering, spintronics, and materials science. Purdue University signed an exchange agreement with Tohoku University in 1997, and active exchanges between faculty, staff, and students have been ongoing ever since. The signing of the Letter of Intent is expected to deepen collaboration in these fields.