The first stop on the 3-day trip was a visit to the, 'Forest of Hope' in Iwanuma city, Miyagi prefecture. Participants checked on the condition of native Japanese Bay Trees and collected leaves for DNA analysis. The trees are from 3 regions in Japan; Miyagi, Aichi and Ibaraki and were planted last year as part of the Green Tide Embankment Project. The project uses waste generated from the 2011 tsunami to landscape banks, which are then planted with native trees able to withstand the force of tsunami, and act as a breaker in disaster prevention.

An objective of the survey was to check on the regional origin of the trees. Associate Professor Suyama spoke on the study, "Usually trees are planted without knowledge of where they are originally from, so we are expecting valuable data from the survey". One group discovered that none of the trees from Aichi prefecture had survived in the area surveyed. "The results exceeded my expectations. I would like to continue to do further DNA analysis". 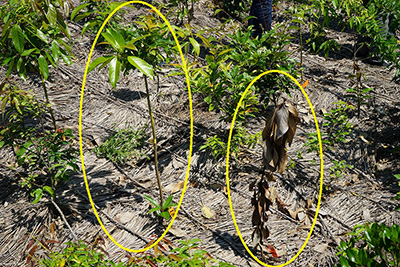 The next stop was to a Seafood product company to observe a power generation system linked to artificial wetlands. The power generator uses fish waste products to make methane fermentation; this in turn creates biogas which generates electricity. The effluent is sent through the wasteland for treatment. The system was invented to solve 2 major challenges that were faced after the 2011 Tohoku Earthquake. One was the disruption of energy supplies and the other was the damage to sewage and waste-water disposal systems. On working with members of the community a university student said, "The questions asked by adult students are different from us as they focus on cost effectiveness and practicality, so it is very exciting for me to study alongside them." 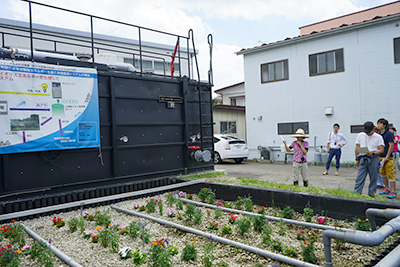 The participants are also scheduled to join a tour to affected areas at the end of August.

A student from a non-profit organization said, "The lectures were clear and easy to follow. Agriculture encompasses fishery and forestry as well as farming. This area of study has helped me broaden my perspective. I would like to pass on what I've learnt to those working towards the reconstruction of Tohoku." 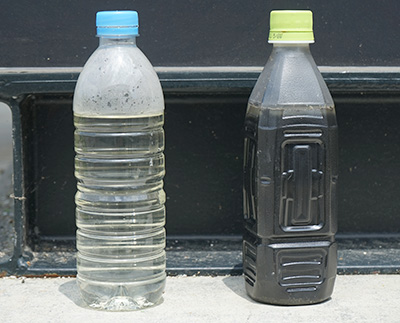