In April 2012, a year after the 2011 Great East Japan Earthquake, Tohoku University established the International Research Institute of Disaster Science (IRIDeS). The institute has drawn on collective experience from the region to create a paradigm shift in disaster research, and aims to function as a cooperative base for worldwide disaster research and education.

Disaster research facilities that were previously scattered throughout the campus have been aggregated into the new IRIDeS building on Aobayama Campus. This includes Arts and Science Divisions, making up a total of 7 divisions specializing in 38 fields. 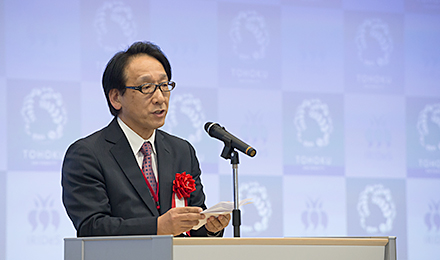 The L-shaped reinforced concrete building is 5 stories high and fitted with state of the art technological equipment. The basement floor houses a 10 metre wide three-dimensional display unit; a seismic isolation system, and an earthquake simulator that recreates seismic activity from the Great Kanto and Great East Japan Earthquakes. There is an emergency generator that can last 72 hours, which also functions as a communication center in the event of an earthquake. 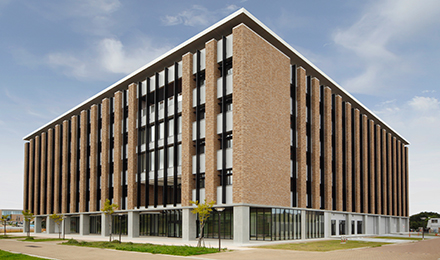 Over a hundred researchers from around the globe, are engaged in day to day research and educational pursuits at the institute. An official ceremony to open the facilities was held on November 10, 2014.