Tough Robotics Challenge - For when the going gets tough

With so many natural disasters happening around the world, attention is increasingly shifting towards disaster mitigation projects and the people who drive the innovation.

In Japan, there is a specific push to develop tough rescue robots that can support humans in hostile environments and carry out dangerous search and rescue operations after a large-scale disaster. 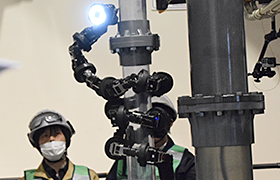 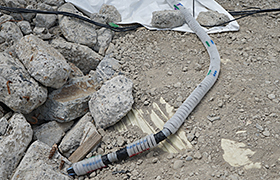 Professor Satoshi Tadokoro of Tohoku University, is the project manager of the "Tough Robotics Challenge," part of the government's "Impulsing Paradigm Change through Disruptive Technologies Program" (ImPACT). The TRC aims to develop remote autonomous robots that are tough enough to function effectively in the most extreme disaster conditions.

In addition to conducting regular field tests, the researchers hold public demonstrations twice a year to check the practical progress of the robots, get user feedback and generate commercial interest. The most recent demonstration was held this November at Aobayama campus. 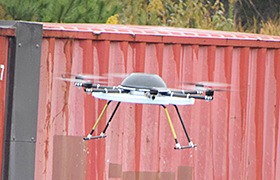 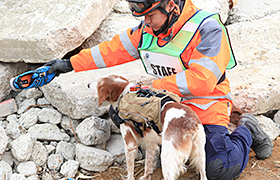 The Construction Robot is built to remove heavy debris, as well as perform high risk construction, while an attached drone gives it enhanced aerial vision. Led by Osaka University, it's a collaboration among Komatsu Co. ltd and 11 research institutes, including Tohoku University.

"Our lab's system contributes observation sensors," says Professor Keiji Nagatani. "When the operator of the main machine has difficulty seeing from its mounted cameras, our tethered drone can obtain a bird's-eye view or a view from a different angle. We also use a new power-feeding tether system, so the drone can fly for a very long time."

This is the second public demonstration since the TRC project began in 2014, and Professor Tadokoro says he is pleased with the progress.

"It's going really well. The drones have been especially useful for overview information gathering in many recent disasters, including the Kumamoto earthquake and the Hiroshima landslide. We are continuing to explore a wide variety of disruptive technologies that we hope can provide practical solutions to real disasters in the near future."

The TRC project is expected to continue until 2018.