As part of Tohoku University's 115th Anniversary x Homecoming this past weekend, the International Festival made its much-anticipated return after a two-year hiatus, attracting over 3,000 people from all over Miyagi prefecture. 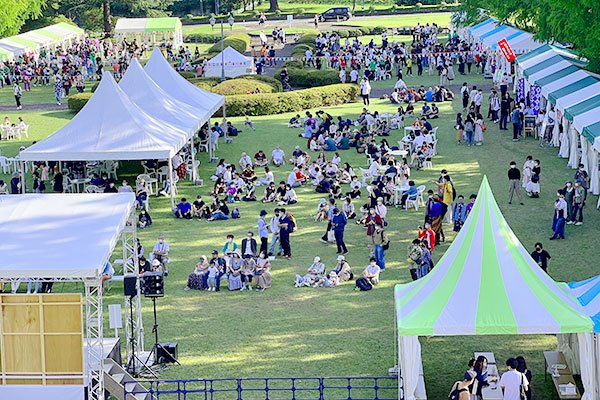 This year's theme was "Reunion of Cultures," and it was, as always, a great opportunity for students and staff, alumni and members of the community to come together to celebrate diversity and different cultures.

"I was looking forward to this event all week," said Kaori Yamaguchi, a local Sendai resident. "I love the environment! Everyone I met today was very friendly and even the weather is great."

There were 10 stalls selling food from around the world, cooked by Tohoku University students. 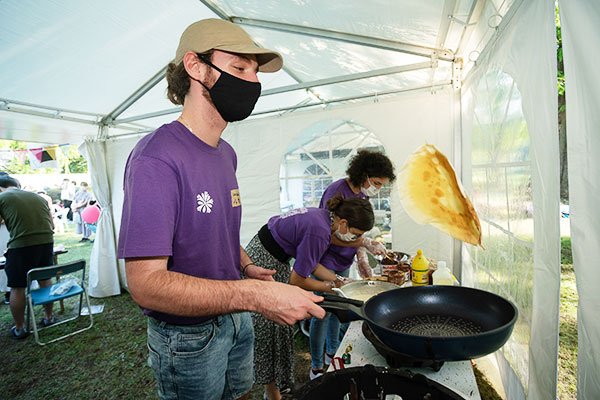 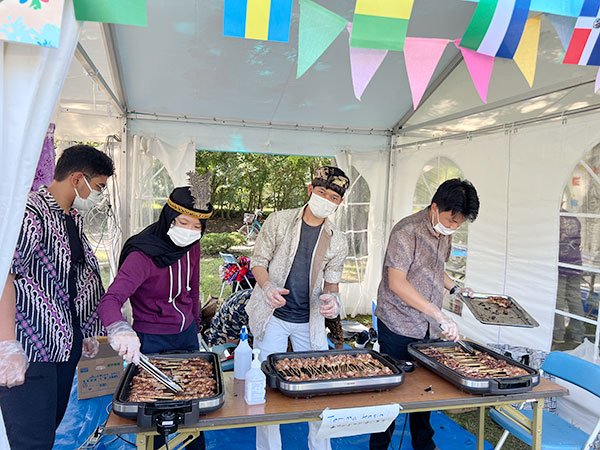 The international students were especially keen to introduce their favourite dishes from home, such as Angolan stew known as "cachupa," Vietnamese spring rolls called "nem ran," and "sate," barbequed skewers from Indonesia.

"Sate is like yakitori in Japan, but we use a peanut sauce and sweet soy sauce instead," said Maulinda Kusumawardani, a graduate student from Indonesia. "We marinate the chicken, then grill it, then put the sauce on. And we serve it with a rice cake called ketupat. In Indonesia, we often eat sate at night together with our family."

Queues for food formed almost as soon as the festival started, with some people having to wait for more than 20 minutes. But, everyone agreed, it was worth it. 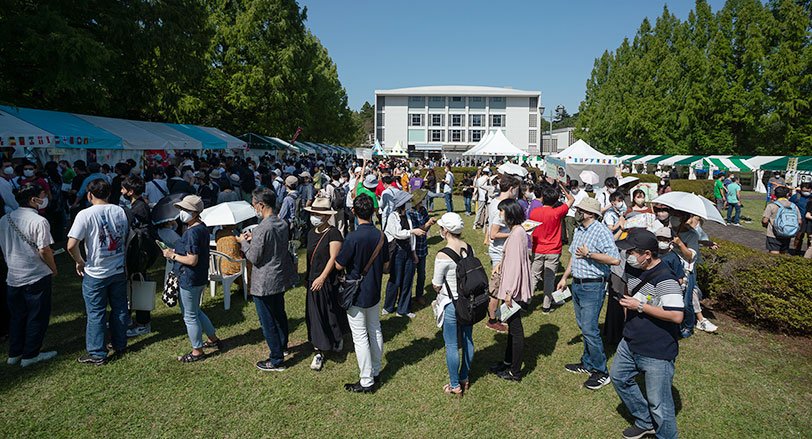 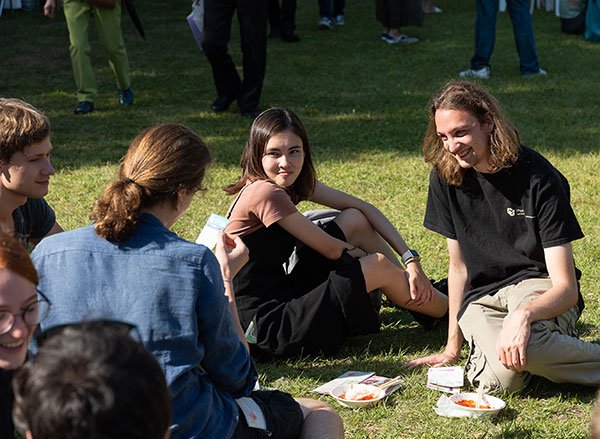 "I managed to try food from a few countries and they were all really good," said Shunta Toshihara, a visitor from Tokyo. "My favourite was the Singapore kaya toast because it was the first time I'd ever had coconut jam, and I really liked it. I would definitely like to come back next year if I get the chance."

"I really liked the South Korean dish because of the spiciness, which I wasn't expecting. I also thought it would be softer because of the way it looked. So it was a dish that surprised me in many good ways," said Alejandro Mendoza Cortejosa, a Tohoku University exchange student from Spain. "It's just been a really, really fun day discovering new dishes and meeting new people. I even had the chance to perform the suzume odori. What an amazing experience!" 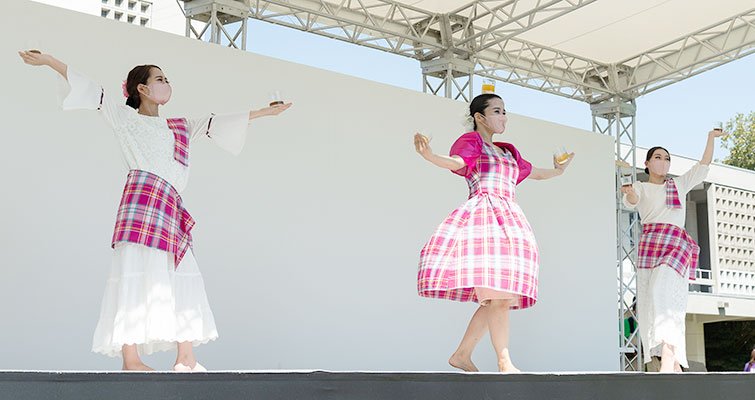 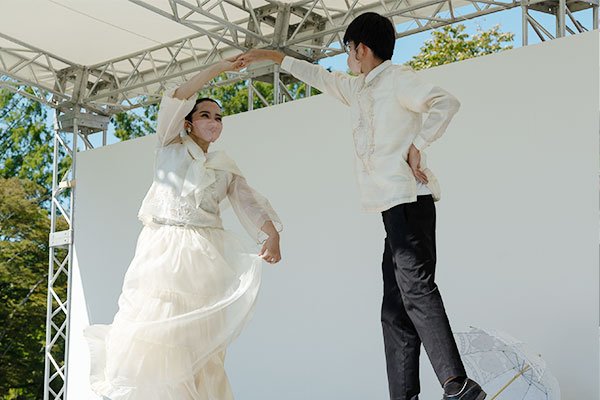 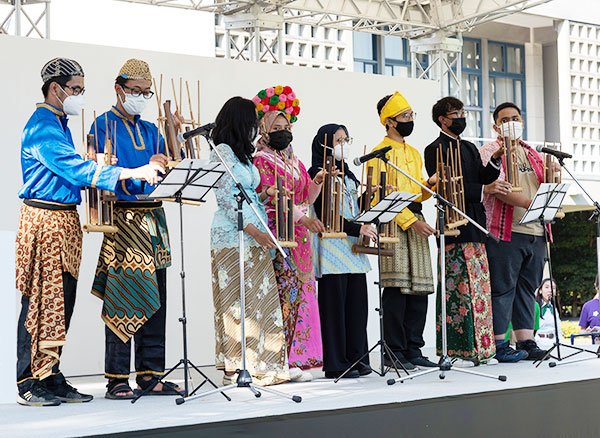 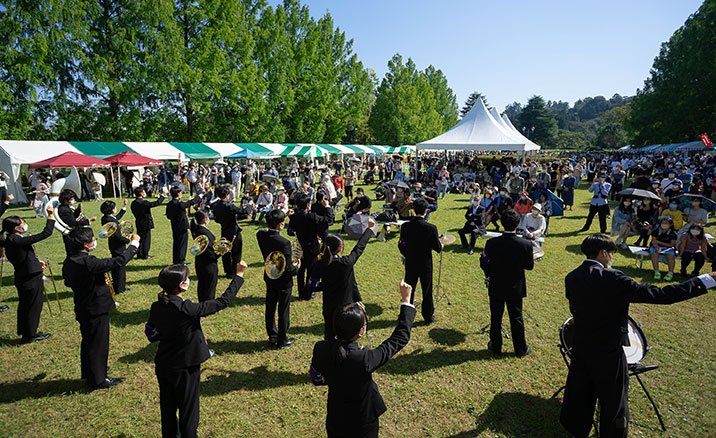 Organisers said that the extra 1,000 tickets they had set aside for sale at the entrance sold out in 90 minutes. "The sheer volume of people and their enthusiasm for the event made me so happy," said Aziz Faizullah Abidin, head of the International Festival Students Organizing Committee. 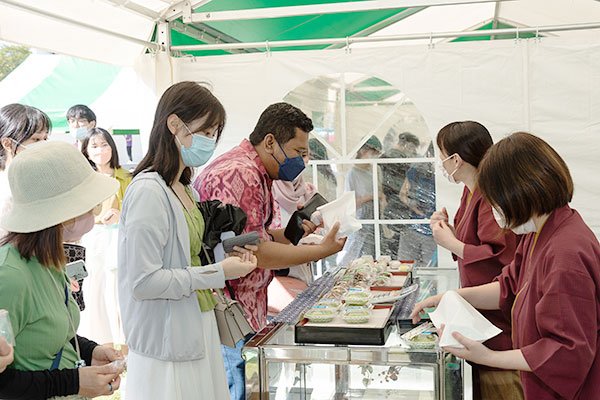 "I think after the last two years of the pandemic, it was just nice to hang out with old friends again. I hope that a lot of visitors also felt joy from meeting one another and just being amidst this festive and vibrant crowd."

Sweets Town, a perennial favourite of Homecoming events, was also held this past weekend, showcasing 16 vendors selling locally made cakes, cookies and other sweet treats. 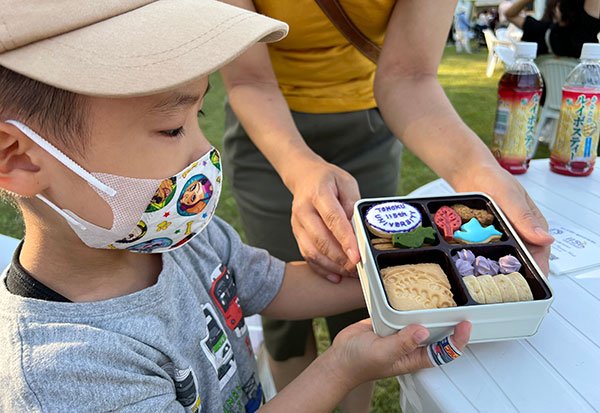 Stalls selling Tohoku University branded merchandise - such as the blueberry craft beer, cookies with special icing, school ties and scarves, thermal flasks and original recipe curry - did brisk business for a good cause. A portion of all proceeds went towards the Tohoku University Fund, which supports student welfare and activities.