March 8 was International Women's Day, and Tohoku University has been holding special events aimed at promoting gender equality and diversity in academia.

Professor Noriko Osumi, the university's first female vice president, hosted a round table discussion on March 1, attended by some 30 researchers and leaders of diversity network organizations across Japan. 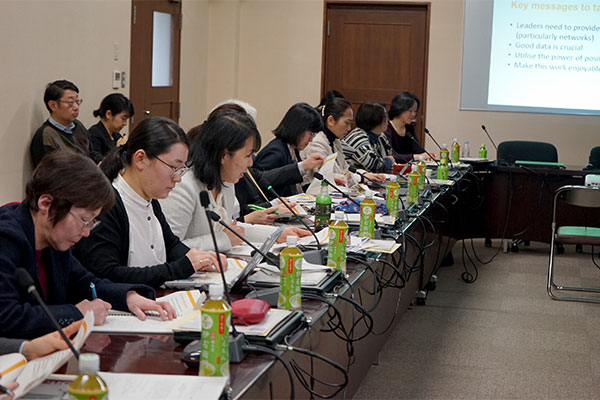 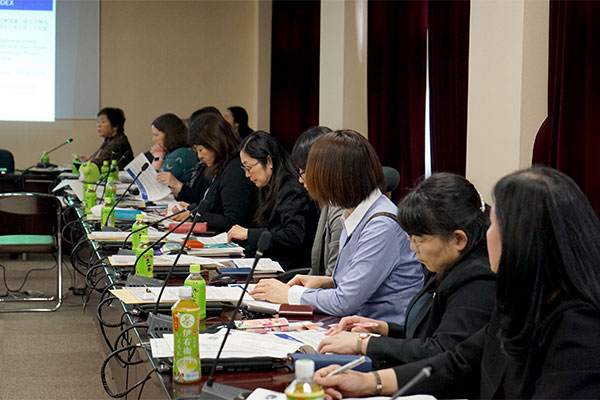 Four outstanding women presented their research, spoke of their experiences and shared best practices at their respective institutions. With global problems becoming increasingly complex, all four speakers stressed the importance of having a learning environment enriched by different perspectives and a diverse range of skillsets.

They added that in countries with declining birthrates, like Japan, it is even more vital to recognize and invite different kinds of contributions. 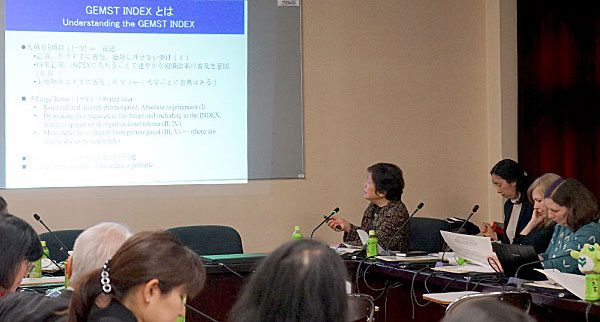 Hisako Ohtsubo, a senior researcher from Nippon University, presented her work on the Gender Empowerment Measures in Science and Technology (GEMST), an index in Japan that tracks the changing trends of women in academia.

According to her study, the number of female researchers in Japan has been increasing, although the ratio of female to male researchers remains low. To further promote the equal participation of men and women, particularly in STEM fields, Ohtsubo's team has been focused on addressing unconscious bias.

Unconscious bias was also discussed during the presentations of Professor Sara Mole and Fiona McClement from University College London, proving that the problem is universal.

McClement, who is Director of Equality, Diversity and Inclusion at UCL, spoke of fostering a "positive cultural climate where no-one will feel compelled to conceal or play down elements of their identity for fear of stigma."

To that end, she said, UCL values the diversity of contributions when considering promotion and recruitment, and holds training workshops to address implicit bias, bullying and sexual harassment among staff and students on campus. 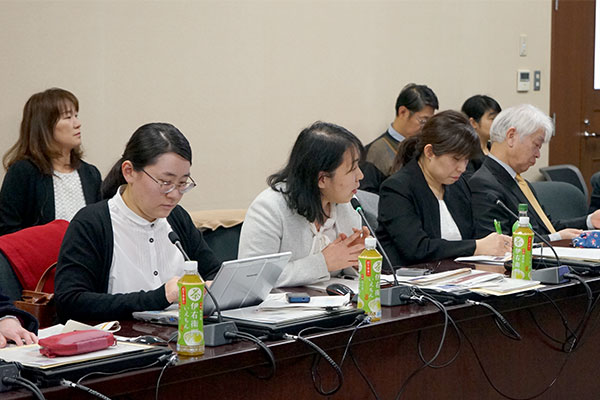 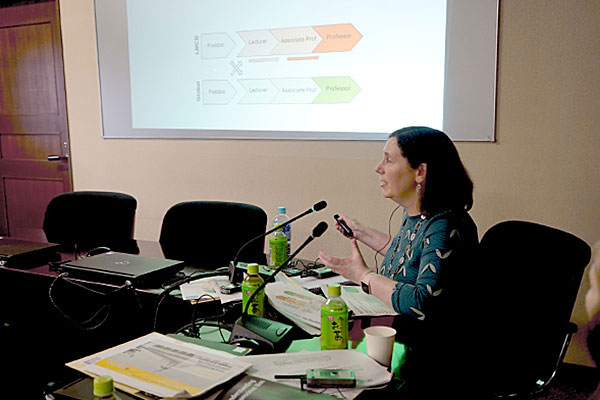 Mole, the Provost's Envoy for gender equality at UCL, shared her experience with the Athena SWAN charter, which aims to advance gender equality in the UK by recognizing good practices in higher education and research institutions at both institutional and departmental level. UCL received the Athena SWAN Silver Award in 2015 and is working towards the gold standard. Many UCL departments have already achieved Bronze, Silver and Gold levels.

"We started seeing real momentum in the last 10 years at UCL, based on grassroots activity and women in key departments leading and advocating for change," said Mole. "I think what's been key for UK Universities was the consistent framework provided by the Athena SWAN initiative, the linking of funding to the Silver award, and the power of competition as motivation." 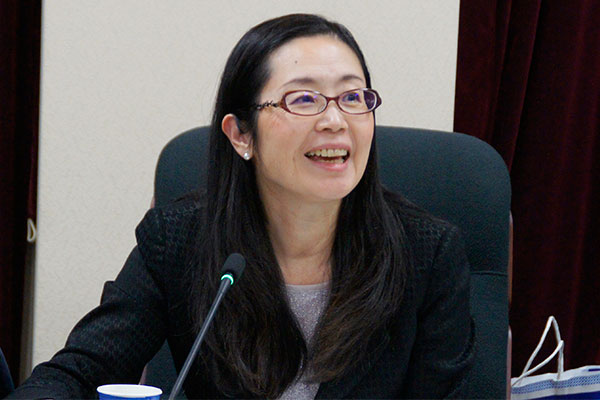 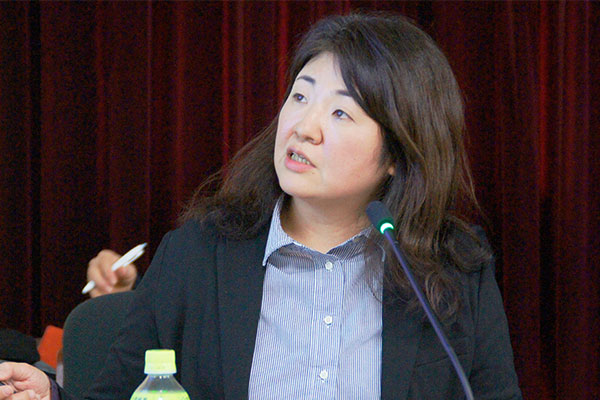 Anchoring the day was Professor Mami Tanaka, special advisor to the president at Tohoku University. She shared details of the Morinomiyako Project, an initiative to empower women in research. The project features support for work-life balance, the hiring of women in senior or leadership positions and the nurturing of the next generation.

"One of the difficult decisions for women, is whether to continue working if they have children," said Tanaka. "To give our female researchers the support and the option, we have established good nursery and day care facilities on campus that can accommodate a large number of children." 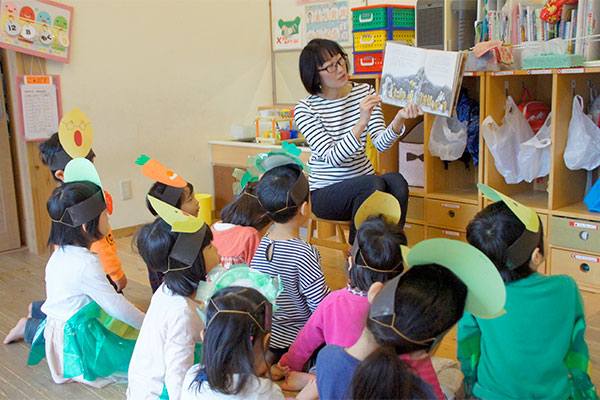 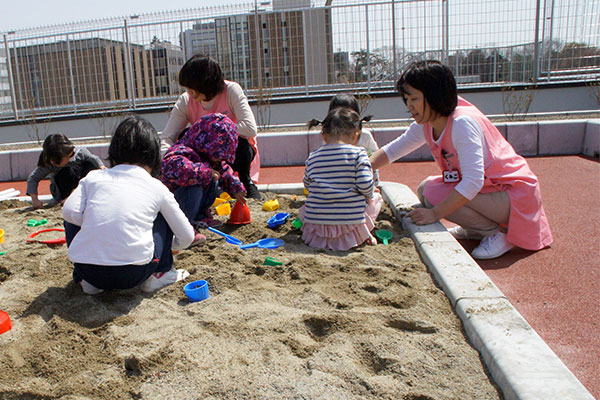 Grants and funds are also made available, including the Sawayanagi Fellowship, a mentorship award named after the first president of Tohoku University, who accepted female students in 1913 when no other university in Japan would. 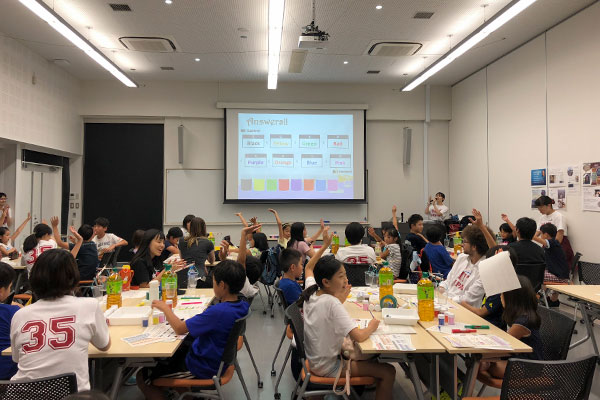 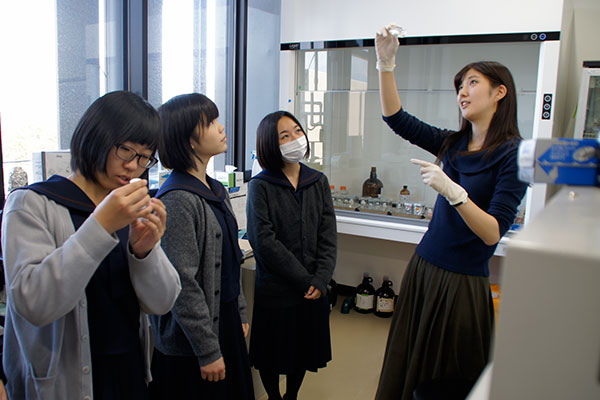 The Science Angels programme was started in 2006 to give female researchers at Tohoku University a platform to network with other women in academia, and serve as role models to women and children in the wider community.

"We hold events where both girls and boys are welcome, because as much as we want to encourage girls, we also want boys from an early age to see that girls can succeed in science, or indeed in any field that they choose to be in," said Osumi. "We will never achieve full parity until gender equality is a natural way of life." 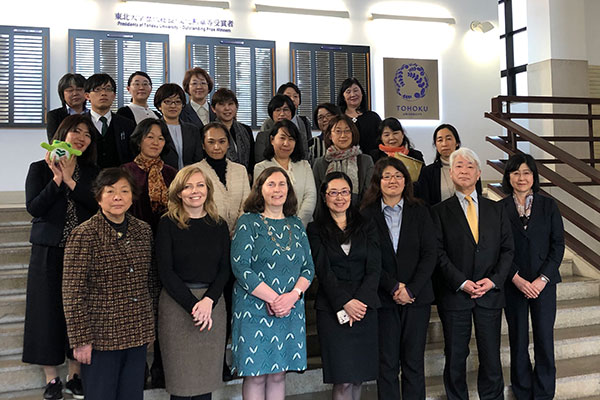