Five more students have received the prestigious Global Hagi Scholarship for 2018, as they each prepare to study abroad next year at Tohoku University's partner institutions.

Some 20 scholarships are awarded annually to students with excellent academic records, who are deemed to be good ambassadors for the university. Fifteen students received the award this past summer. 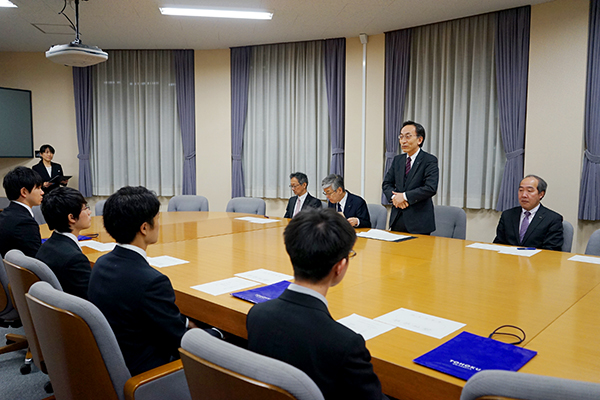 Speaking at the winter ceremony at Katahira campus, President Hideo Ohno said that as the world is getting increasingly inter-connected, it is more important than ever for university students to have a global mindset. "Being globally minded does not just mean speaking in English. It is a mindset that includes working with people who have different backgrounds and values. It is accepting everyone as citizens of the world."

President Ohno spoke of his own experience studying abroad when he was a doctoral student, and of how much that contributed to his personal growth. "This opportunity to study abroad will offer you invaluable perspective and experience that will serve you well for the rest of your life."

Of the five winter recipients, three were from the Faculty of Economics. 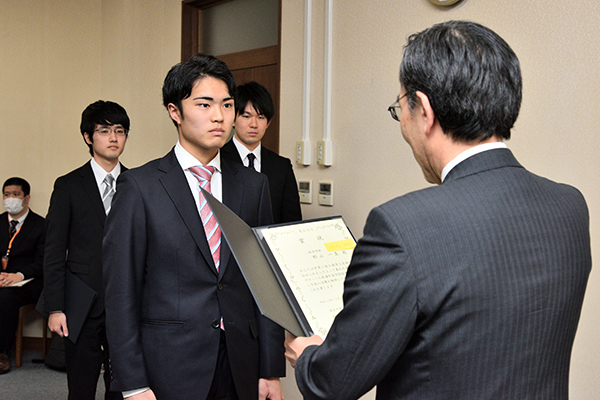 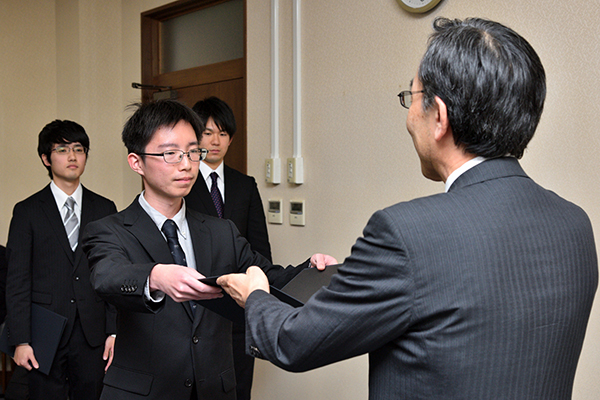 Yusuke Tamiya will attend business school at Reutlingen University in Germany. Kazuma Koriyama will go to Uppsala University in Sweden. And Masahiro Onuki will go to the University of Copenhagen in Denmark where he plans to study behavioral economics, a course not currently offered at Tohoku University.

Takuto Hiwada, a 1st year PhD student at the Graduate School of Environmental Studies, is going to Russia's Far Eastern Federal University where he plans to improve his Russian language skills and do fieldwork on Russian religion in cultural anthropology for his thesis. "I am interested in how their religion, which was suppressed in the Soviet era, has become increasingly popular after the USSR's collapse. This is in contrast to the trend of religion declining in popularity in many other parts of the world."

Tomoe Hosoda, a 2nd year student at the Faculty of Education who's bound for Finland, was unable to attend the ceremony. 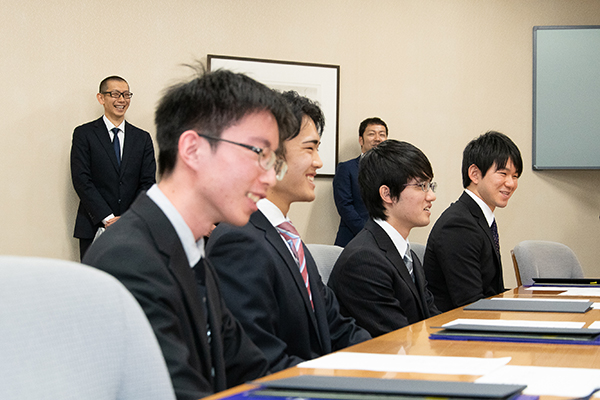 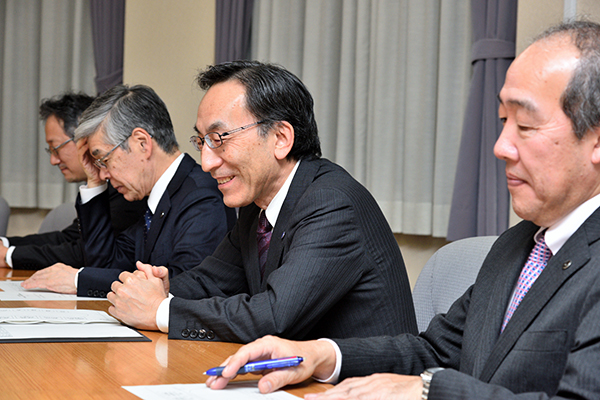 In a departure from the formality of ceremonies past, the students had a casual roundtable discussion with President Ohno and members of the university leadership involved in education, outreach and global engagement.

Executive Vice President Hirotsugu Takizawa noted that many recipients of the Global Hagi scholarship have come from the Faculty of Economics, and asked if students there feel a special impetus to go abroad.

Koriyama said that as a student of economics, it is important for him to understand how society in different countries affect their economy and "since global connections are important in economics, going abroad and getting to know other ways of life, seems like a very good way to learn about the global economy." 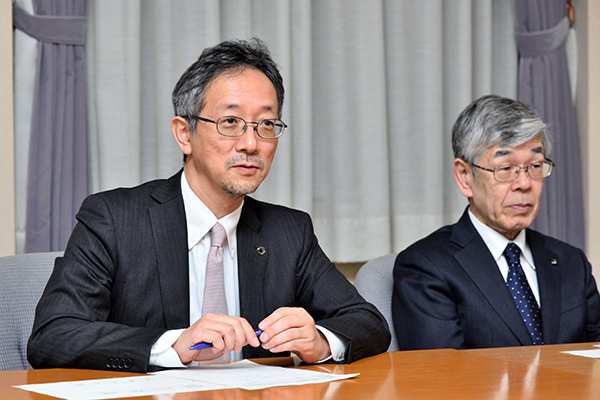 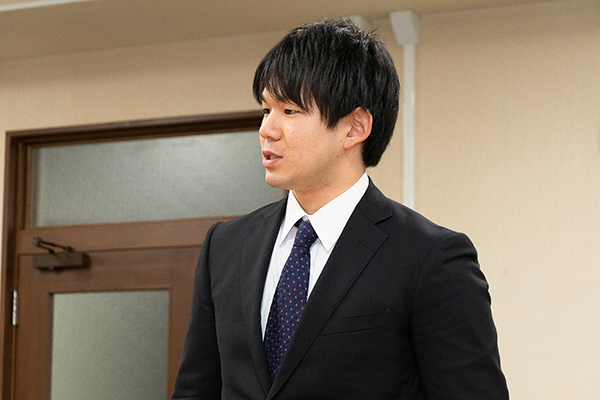 Vice President Masahiro Yamaguchi asked Tamiya, who is a 3rd year student, if he's worried about his future since he will be in Germany while his friends in Japan begin job hunting. Tamiya admitted having some anxiety. "I don't know if I should work in Japan or think about finding a job abroad. Maybe after my time in Germany, I will know myself better."

Executive Vice President Nobuyoshi Hara said that in most cases, experience abroad is an advantage at the start of a career and that taking the extra time will be worth it.

All five students will leave for their respective universities abroad in early 2019. 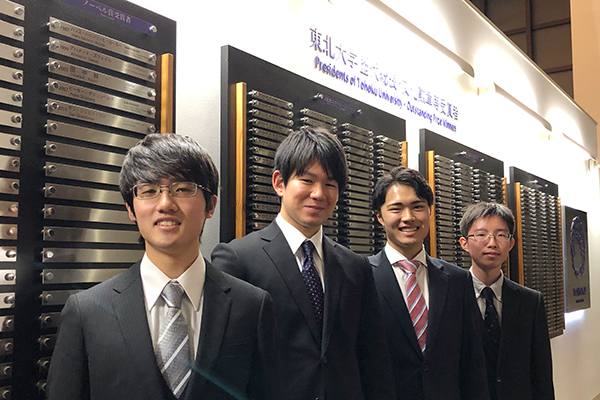