Tohoku University celebrated its 114th anniversary with Homecoming Day festivities on October 23. The event was held online this year due to the on-going COVID-19 pandemic, and was a good opportunity for alumni abroad to also participate.

There were two parts to the day, which started with a welcome address by Tohoku University President Hideo Ohno. 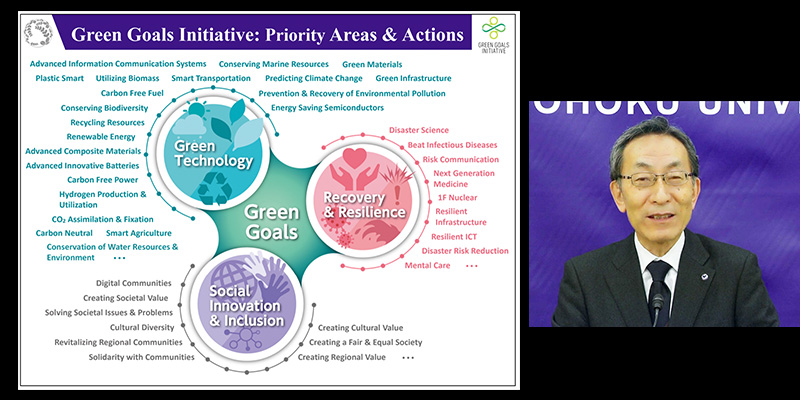 He gave an update on events at the university, such as the activities to mark 10 years since the Great East Japan Earthquake; and the launch of the Green Goals Initiative, which aims to achieve carbon neutrality on campus by 2040.

He also spoke of the role that the Tohoku University Vaccination Centre has played in getting local residents vaccinated against COVID-19; and the success of campus programmes such as the 100 yen Breakfast, to help students who are financially impacted by the pandemic.

President Ohno then took questions from members of the audience, many of whom wanted to know how they can get involved or contribute to the university. There were also questions about the possibility of alumni taking "re-learning" classes on campus. President Ohno said he was heartened by the enthusiasm of the alumi. 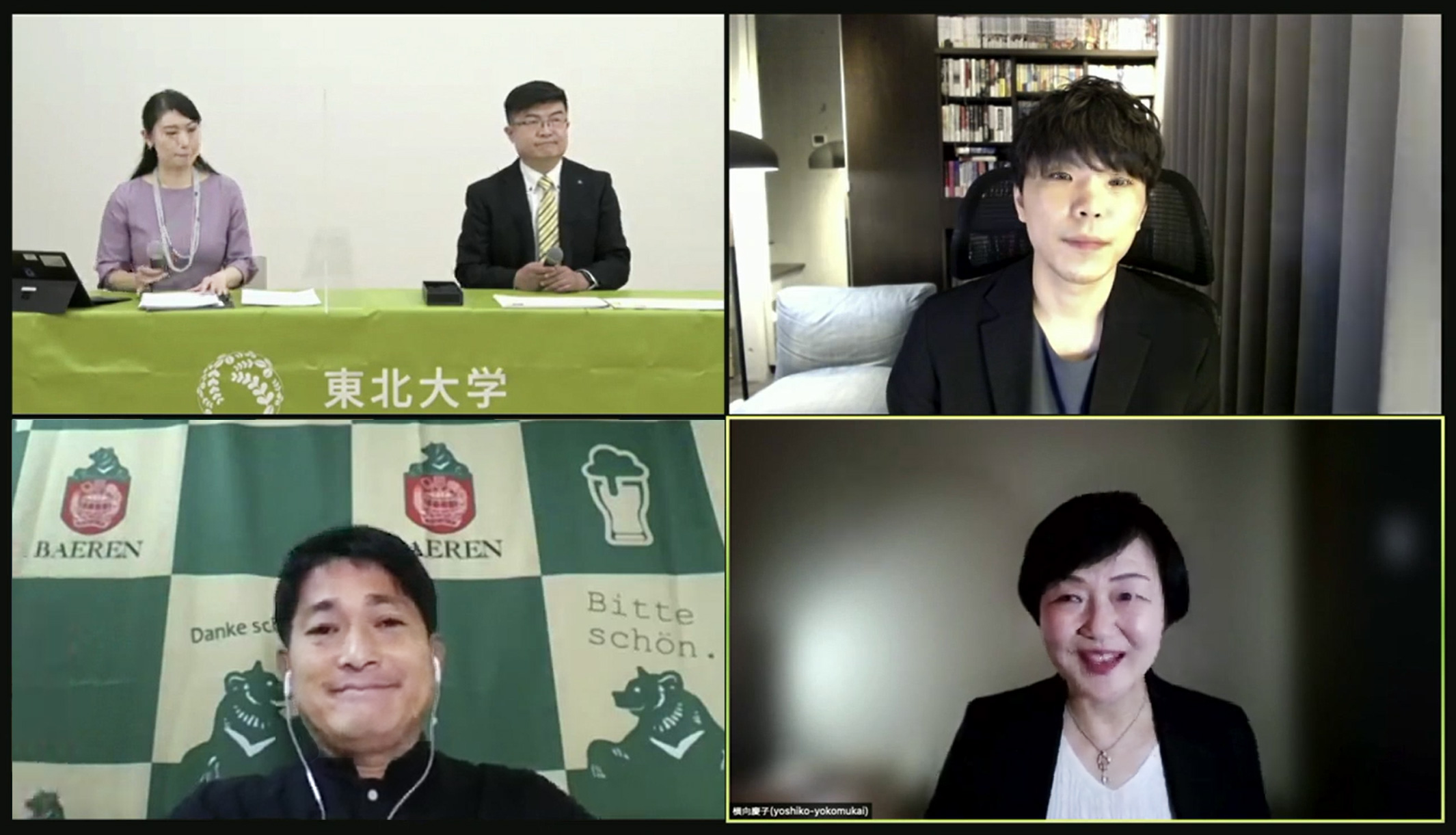 The president's session was followed by a panel discussion featuring three guest speakers - Yoshiko Yokomukai (Graduate School of Agriculture, 1986), who is currently a professor at Niigata Agro-Food University; Takeshi Kimura (Faculty of Economics, 1990), who is president of Baeren Brewery; and Ritsuto Igarashi (Law School, 2015), who is a writer and lawyer.

They shared memories of their student days, discussed the impact that Tohoku University has had on their lives, and their expectations for their alma mater in the future. Among their memories were eating "hinshoku curry" at a now-defunct campus cafeteria, running marathons, walking through the night and taking part in Dontosai - Miyagi's traditional "half naked pilgrimage" - in the January cold.

International Alumni were also on hand. The Tohoku University Alumni Association's overseas chapters were presented with their official Alumni Banner in a small ceremony. Each chapter's representative then gave a brief update on recent and upcoming activities.

In the second part of the day, all past and present members of Tohoku University were invited to various chat rooms. There were eight rooms in all, representing a range of departments, clubs and international programmes.

The mood was casual and there were lots of smiles and laughter as participants caught up with old friends and reminisced about life in Sendai and Tohoku University.

Memories were not the only things that participants took home at the end of the day. Everyone who registered for Homecoming Day was entered into a raffle for a chance to win prizes related to the university.

Next year's Homecoming Day will coincide with Tohoku University's 115th anniversary and organisers are already looking ahead to what they hope will be an in-person celebration and a chance to once again welcome everyone home.