The 2018 APRU Multi-Hazards Summer School was held at Tohoku University's International Research Institute of Disaster Science (IRIDeS) from July 24 - 27, attracting some 30 participants from countries across the Pacific Rim.

The annual event draws lessons from the 2011 Great East Japan Earthquake and Tsunami, and provides a platform for participants to discuss various disaster risk reduction (DRR) ideas and projects that have since been implemented. 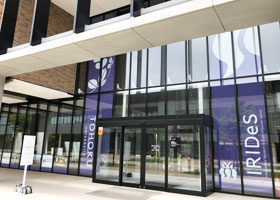 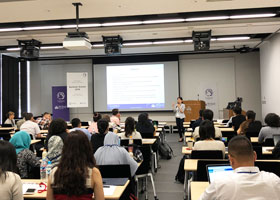 "I think more people are realizing that disaster mitigation is very much a global issue," said Takako Izumi, director of the Multi-Hazards Programme, and an associate professor at IRIDeS. "The rising temperatures and changes in the weather patterns this year alone have shown how vulnerable we all are. Natural disasters is not just a problem for people living in earthquake or flood zones anymore."

In his welcome speech, Tohoku University President Hideo Ohno referenced the 2011 Great East Japan Earthquake and highlighted the role that the university has played in the recovery of the affected areas. "I hope this summer school will give you an opportunity to consider and discuss the roles of universities and academia, as well as science and technology in strengthening our disaster-management capacity." 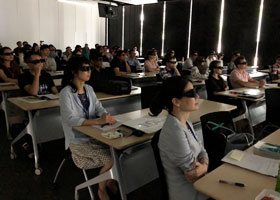 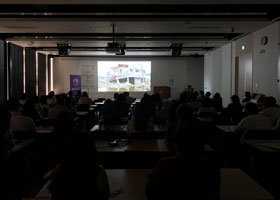 The first day of lectures touched on broad subjects such as the research work at IRIDeS, updates on the Sendai framework for disaster risk reduction, medical and public health needs and the role of the social sciences in disaster mitigation strategies.

"I'm from the social sciences so I learnt a lot about engineering and the building of embankments and things that I did not know before," said Paoloregel Bagongahasa Samonte. "Sometimes when you get too focused on your own discipline, you don't see the bigger picture or realise that there are other points of view." 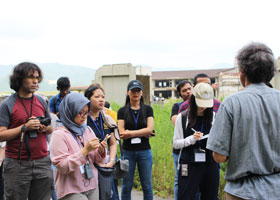 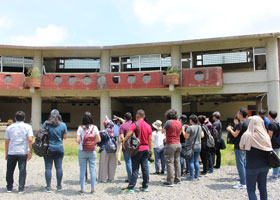 Unlike previous years, this year's field trip to the disaster-affected city of Ishinomaki took place early in the programme - the second day - to give participants more context ahead of the lectures and discussions that would follow later in the week. 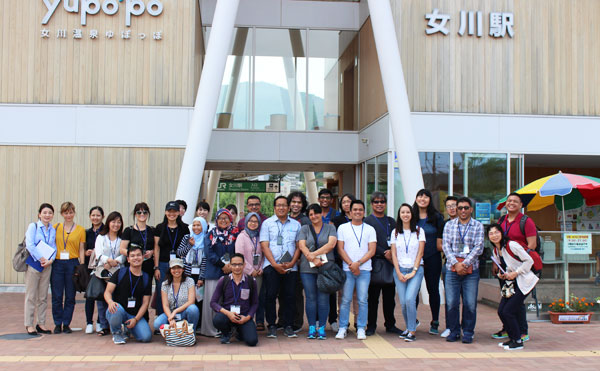 "The field trip was eye-opening," said Ramon Inigo Mequi Espinosa from the Philippines. "I knew about the 2011 disaster from the newspapers, TV and the internet. The images used to make me sad, but when I was standing there, seeing the recovery work, listening to the local people talk about it, I actually felt a sense of hope that everything will be ok."

As a companion to the field trip, the third day featured sessions with myriad stakeholders such as local governments, academics and non-governmental organisations directly involved in the region's recovery. 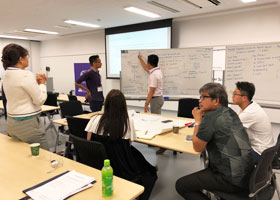 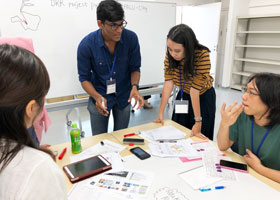 On the final two days, participants were put into groups and tasked with developing a DRR project proposal based on their own research. Because the participants came from both the natural and social sciences, and represented different cultural backgrounds and experiences, the discussions benefitted from a unique mix of perspectives and expertise. This led to a greater understanding of what different disciplines can bring to the table.

"APRU believes in the multi-disciplinary approach to addressing the region's key challenges and threats. So it's not just the scientists who are considered the experts these days," said Christina Schönleber, APRU's director of policy and programmes. "The great thing about this summer school is that every year there are speakers and participants from across the disciplines, and it's an opportunity to network and learn from each other." 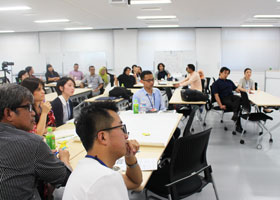 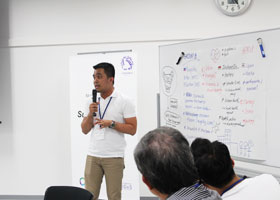 The main Multi-Hazards Programme - which includes the summer school, a campus safety workshop and various public fora - was started in 2013 by the Association of Pacific Rim Universities (APRU) to address the threat of frequent natural disasters in the infamous Ring of Fire - the seismically active belt of volcanoes and tectonic plate boundaries that fringes the Pacific basin.

"There is not much we can do to prevent the disasters," said Izumi, "but we can certainly reduce our own vulnerability by taking early action. That is our message."