Hosted online by the Tohoku Forum for Creativity, the event featured five speakers from different - but related - disciplines, drawing from their experiences with disasters from natural hazards such as the 2011 Great East Japan Earthquake and Tsunami, as well as biological hazards like the on-going COVID-19 pandemic. 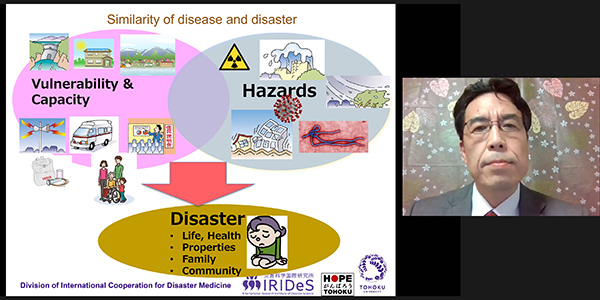 Shinichi Egawa, from the International Research Institute of Disaster Science (IRIDeS) at Tohoku University, drew the connection between the resilience of a society and the health of its people. "Every disaster is different but they all impact the health of the people," he said. "Know your risk, reduce your risk and prepare to act. That is the backbone of all disaster risk reduction frameworks, and it is not achievable without the promotion of health. Because it takes a healthy society to be resilient against disasters." 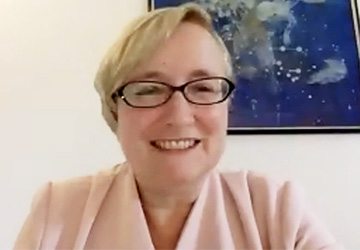 "Prevention and preparedness is very important for society to cope with disasters," she said. "Institutions are there to minimize risks in order to enhance predictability and provide stability even in times of disaster."

She described a resilient network as one that has trust among its partners based on shared experiences and collective memory; strong communication; a willingness to provide solidarity and support; and the flexibility to use infrastructure in creative ways.

Briefly referencing the concern that German universities had for their exchange students who were in Japan during the 2011 earthquake, she said "the more globally active we are, the higher our vulnerability to disasters and the higher the need for resilience in our international networks." 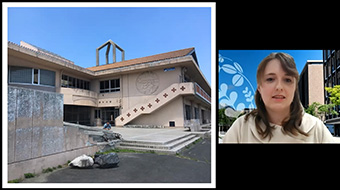 Negative heritage and the preservation of disaster ruins can serve as a reminder of the need to be better prepared, she said. They also contribute to the community's mental and social recovery by being places where survivors can talk about what had happened.

Extending a joint research with fellow IRIDeS professor Flavia Fulco, Gerster focused on three elementary schools in Miyagi prefecture that were hit by the tsunami in 2011 and have since been preserved as disaster ruins. 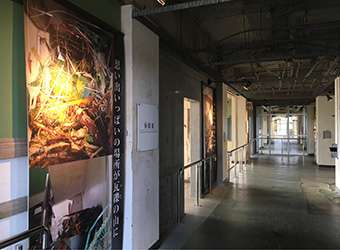 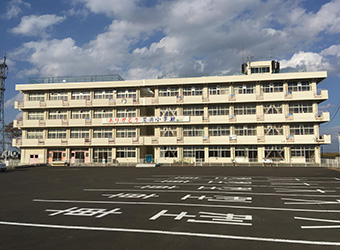 Arahama Elementary School is 700 meters from the coast, and more than 300 people were saved on its roof when the tsunami arrived. The exhibits and videos show how life in the area was impacted, and encourage people to be more familiar with emergency goods.

At Nakahama Elementary School, debris from the aftermath of the tsunami has been preserved and the exhibits emphasize the importance of preparedness. "Visitors here learn about risk education through emotions. They get told the story of the children who evacuated, and they go through parts of the evacuation process with the guides as well." 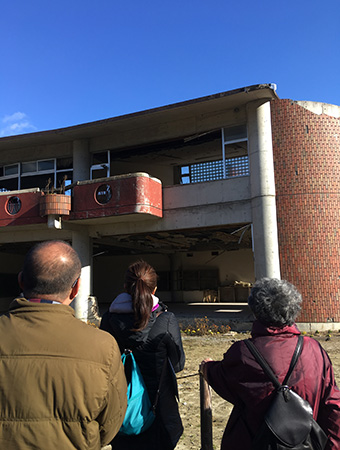 Okawa Elementary School in Ishinomaki City is next to a hill, but the group evacuated too late and in the wrong direction to escape the tsunami, leading to the death of 74 children and 10 staff members. "A group of bereaved parents started conducting guided tours around the school to encourage people to come and learn from the mistakes, in order to not repeat them again."

A decade on from the Great East Japan Earthquake, it's becoming increasingly difficult to keep the memories of that day alive, said Gerster. "But these schools remain sites of learning."

Daniel Lorenz and Martin Voss from the Disaster Research Unit of Free University of Berlin, spoke of resilience from a social science perspective.

According to Voss, "human beings are existentially vulnerable as we rely on our capability to make sense of our existence." He described three types of vulnerability: bio-physical, psycho-emotional and socio-cultural.

Wrapping up the discussion, Lorenz said that people in disaster situations are more likely to survive - and help each other - if strong networks and social cohesion already exist. "Research has shown that coping with disastrous events in psycho-social terms, requires collective narratives that give meaning to a disaster. We must therefore always ask about the resilience of social networks and social cohesion, cultural institutions such as values and norms."

Berlin Science Week 2020 was held from November 1-10. It featured some 200 live panel discussions, workshops and presentations by leading research institutions and scientific organizations from around the world.