Burning Issues Around the Ring of Fire

Tohoku University hosted the 2017 APRU-IRIDeS Multi-Hazards Summer School in July. The event drew lessons from the 2011 Great East Japan Earthquake and Tsunami, and provided a platform for participants to discuss various disaster risk reduction (DRR) projects that have since been implemented. 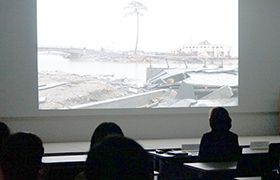 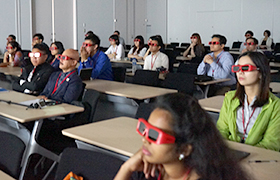 "I think disaster mitigation is already as much a global issue as it is a local one," said Takako Izumi, coordinator of the APRU Multi-Hazards Program, and associate professor at Tohoku University's International Research Institute of Disaster Science (IRIDeS).

As an example, she pointed to the Sendai Framework that was adopted by 187 countries at the 2015 UN World Conference on Disaster Risk Reduction. "Vulnerable countries like the Philippines and Indonesia, which used to spend a lot of money on response and recovery, are now allocating more resources to risk reduction because they realise how important it is to be prepared. And that's very encouraging." 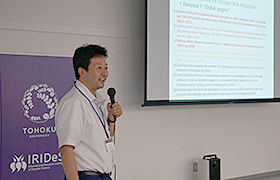 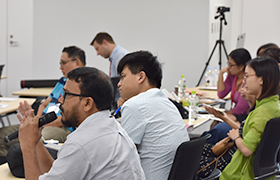 According to Yuichi Ono, Director of the Global Centre for Disaster Statistics (GCDS) and also a professor at IRIDeS, investing in disaster risk reduction policies is akin to buying insurance - the benefits may not be obvious at first, but in the long-run, pre-emptive actions protect both lives and economic interests.

"We can't control the hazards, but we can reduce our own vulnerability by taking action," he said. "There is a lot we can do, such as relocating inland from the coast and introducing legislation to make infrastructure and buildings safer. The important thing is to have the awareness and then the will to do something about it."

Raising global awareness and collectively finding solutions is what organisers of the week-long summer programme hope to achieve. "Regionally, globally, we should be co-planning, co-designing and co-implementing combined solutions," said Izumi. 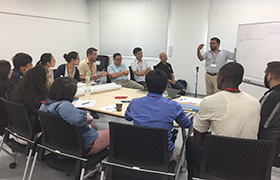 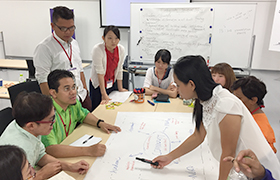 To that end, this year's participants were selected from a variety of research disciplines offering a mix of different experiences, perspectives and expertise from both the natural and social sciences. This led to more balanced discussions and a greater understanding of what different disciplines can bring to the table.

"Being a political scientist, it was my first time approaching disaster science alongside engineers and natural scientists," said Hali Han from Swarthmore College in the USA. "It was incredibly informative, even overwhelming because there was so much I didn't know." 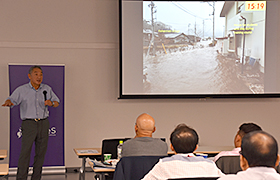 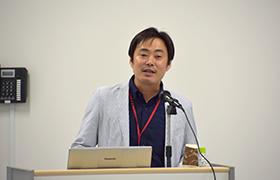 The lectures through the week also reflected this diversity, featuring sessions with stakeholders such as local governments, academics and non-governmental organisations. Participants heard anecdotes from not just city officials, but local residents as well, like Kiyoshi Araake, a teacher at Takaya Elementary School in Watari.

"I was moved hearing from the community leaders and the NGOs," said Fajar Shidiq from Indonesia Defense University. "In Indonesia, we have issues with funding and basic infrastructure, but I was very impressed and encouraged to hear about Japan's strategies. Hopefully Indonesia will be able to apply some of what Japan has done."

"Having so many international people together gave us the chance to build a network and learn from each other's experiences," said Khamarrul Azahari Razak from Universiti Teknologi Malaysia. "I found out that each country has its own unique strengths and challenges. For example, NGOs and the media play different roles in different countries ." 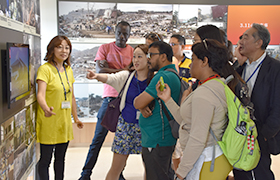 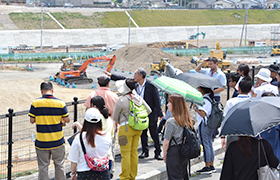 A field trip to the disaster-affected city of Higashi Matsushima and the town of Onagawa offered participants a first-hand look at the impact of the 2011 tsunami on the coastal communities and marine life. They also learnt about the recovery efforts there, including plans to "build back better ."

"There is no point just rebuilding what you lost," explained Ono. "You have to have a strategy to build back better, to make sure you are less vulnerable the next time round. Otherwise, there's no progress at all."

"The biggest impact of the week for me was the field trip, being able to see for myself how bad the damage was and how much construction is still going on even after six years," said Khamarrul Azahari Razak. "In the past I had only ever seen photos and videos. It's so much more powerful to see in person how the community has rallied together and how they are trying to rebuild stronger and better."

The Multi-Hazards Program was started in 2013 by the Association of Pacific Rim Universities (APRU) to address the threat of frequent natural disasters in the infamous Ring of Fire - the seismically active belt of volcanoes and tectonic plate boundaries that fringes the Pacific basin.

The programme leverages on the collective expertise of APRU universities and aims to build safer and more disaster resilient societies through education, research and collaborations.