Creating Something from Nothing

Tohoku University researchers have developed a new technology capable of harnessing the waste from rice bran oil to produce biofuels and vitamin E.

Reducing dependence on fossil fuels and the desire to mitigate climate change have meant that the study of biofuels has been pursued with vigor. Promoting affordable and clean energy is number seven of the UN's sustainable development goals.

Rice bran oil, a popular cooking ingredient across the Asia-Pacific region, is known for its nutritional qualities and delicate flavor. It is also a key ingredient in cosmetics, soaps and certain medical products. 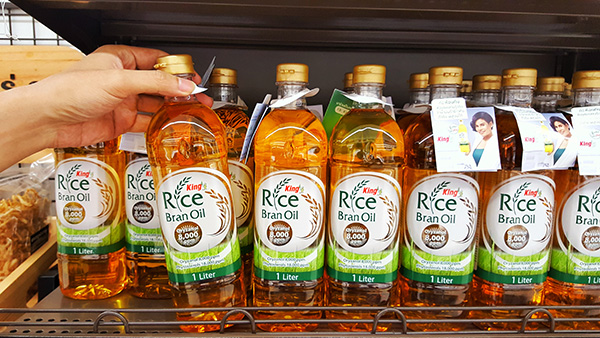 Refining rice bran oil, however, generates a significant amount of waste oil due to its high free fatty acid levels. Conventional technology had been incapable of recovering and converting the waste oil for secondary use, or it had been prohibitively expensive because of the exorbitant energy required.

Dr. Naomi Shibasaki-Kitakawa, from the Tohoku University Department of Chemical Engineering, has a long history of researching biofuels. In 2005, she played an instrumental role in creating a revolutionary biodiesel fuel (BDF) production method.

Until that point, the most common method of BDF production - a transesterification reaction of vegetable/animal oil using an alkali as a catalyst - required substantial energy and generated vast amounts of waste. Therefore, producing BDF was costly and prices for BDF were high. To solve this problem, Shibasaki-Kitakawa created a method to produce BDF that utilized an ion-exchange resin - something commonly used in water treatment. 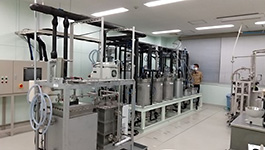 She tweaked the method over the years to make its application more practical and cost-effective for industries to adopt before building a flow-type reaction separation process comprising two columns packed with several ion-exchange resins. Even cheaper raw materials with impurities could be passed through the columns to easily produce high quality BDFs. This alternative method reduced energy usage by 95%.

Reaching out to a rice bran oil refinery, Shibasaki-Kitakawa began to inquire about using rice bran oil as a raw material. She recalls, "The company informed me that rice bran oil can already be sold at a higher price than BDF, but a lot of unused oil is produced in its refining process." The thought of vast amounts of wasted oil generated an idea.

Using the ion-exchange resin method, she began exploring the possibility of BDF production from unused rice bran oil and happened to notice the selective absorption of vitamin E onto the resin. Yet, extracting the vitamin E proved to be more challenging. 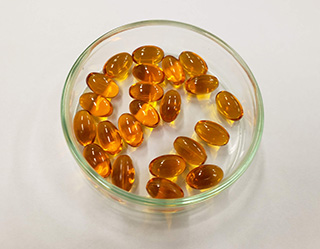 At first, Shibasaki-Kitakawa and her colleague, Dr. Kousuke Hiromori, thought that the vitamin E had decomposed. But through trial and error, the pair eventually developed a solution allowing for the extraction of high-purity vitamin E. This vitamin E can be used to make food, cosmetics and nutritional supplements.

As a result, Shibasaki-Kitakawa, along with a group of lab graduates, founded Phytochem Products Inc. in 2018 - a start-up venture with the aim of exploiting this technology for a more sustainable future. By summer 2020, the process of producing BDF and vitamin E from unused rice bran oil was fully operational. 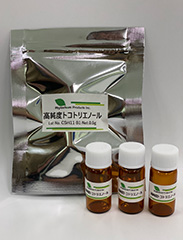 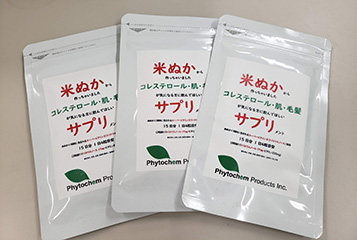 Shibasaki-Kitakawa points out that extracting components from unused waste oil can generate higher profits for rice bran industries when put to commercial use. These profits can be passed on to farmers. "We could make value out of something that previously possessed no value and create a better, more sustainable economic cycle for the industry and the future of our planet."