In Japan, there's been no bigger disaster this century than the magnitude 9 earthquake and tsunami that hit the Tohoku region 10 years ago. It destroyed towns, crippled the coastal economy and ultimately took the lives of some 20,000 people.

But there were also inspiring moments of community spirit. As the region looks back on a decade of recovery and reconstruction, a few members of Tohoku University share their memories of where they were on March 11, 2011.

I was actually in Tokyo for a symposium on tsunami warning and evacuation, and discussions with the Japan Meteorological Agency on tsunami forecasting technology. I was taking a break in the Kasumigaseki area when the tremors started. It felt like the shaking went on forever and got stronger and stronger. I rushed to the Cabinet Office but there was no information coming in. I watched NHK TV and saw the aerial images of the tsunami rushing into the Sendai Plain. Well-known places, buildings and cars were swallowed up. I was shocked.

The next day, I took a taxi back to Sendai. And on March 13, I rode in a TV station's helicopter and saw the disaster area live for the first time. The coastal area was filled with a huge amount of debris and drifting objects, and there was black smoke from fires. Even the coastal topography looked like it had changed significantly. It took my breath away. When I was asked to comment during the interview, no words came out. 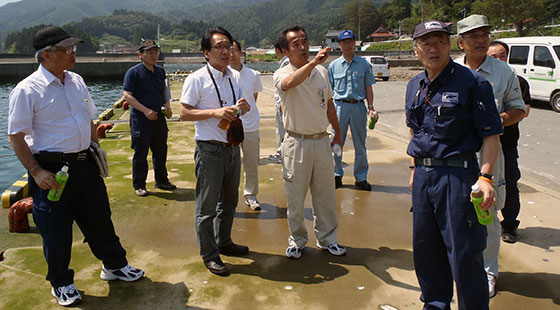 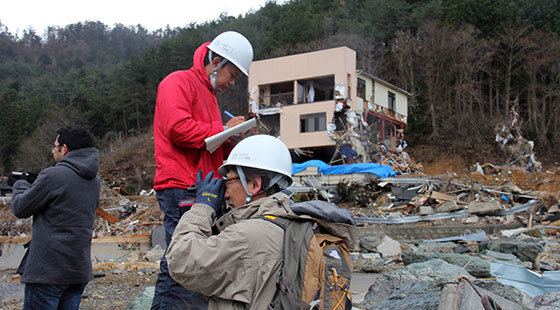 When the earthquake hit I was in the Nano-Spin Building, giving a report on a big project called FIRST. Many people in the audience were guests from outside the Tohoku area. The Nano-Spin building is built in a way that allows it to sway during an earthquake so that it doesn't collapse. But people outside later told me that they could see it swaying so hard they thought it was going to break. I remember - amidst the chaos - just focusing on getting everyone safely out of the building and making sure that everyone was accounted for. 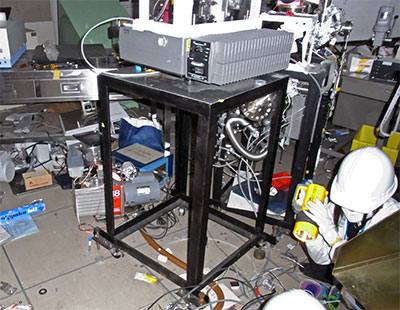 I think what really helped us that day was being prepared. Sendai had had big earthquakes in the past and even before 2011, Tohoku University had disaster drills and some emergency supplies like oil heaters and generators. Because we had a generator, we were able to turn on the TV to get the news. When we heard about the tsunami, we were all just speechless; a few people around me had relatives near the coast.

In the days and months afterwards, we worked hard to get research back up and running at our labs and our university. Even in the early days, I knew that everyone was already thinking about what we could do to try to help the surrounding communities that were so badly affected.

I was in the Shinkansen on my way back from Kyoto when the earthquake struck. I think we were around Shizuoka at the time. We were safe but the train couldn't move fast, so it was late when we arrived in Tokyo. I spent the night at the Tohoku University Tokyo Office and called the School of Medicine office to see if everyone was OK. I was told it was snowing and very, very cold in Sendai and many people were in shelters.

That night, I had an idea to try to get blankets and futons from a company that supplies linen to hospitals. I contacted one such company the next day and negotiated to get 500 futons and 2,000 blankets from their warehouse in Tokyo. And also a truck and a driver! They very kindly agreed, so we loaded the truck and started driving towards Sendai on Saturday evening.

But when we reached the Tohoku Highway, we were stopped by riot police. The highway was closed to traffic and only emergency vehicles were allowed. I showed them my Tohoku University ID, explained that I was the dean of the School of Medicine, and emphatically insisted that "YES! THIS IS AN EMERGENCY TRUCK!" Somehow they believed me and let me pass. The roads were very bad, but we made it to Sendai driving behind the trucks of the self-defense force. And we were able to distribute the futons and blankets to everyone at the Tohoku University emergency shelters. 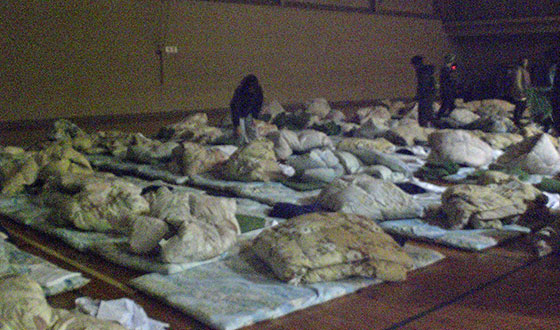 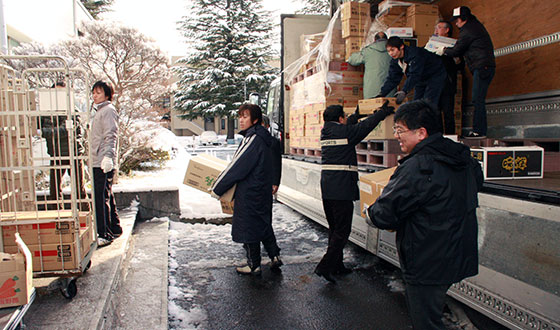 I remember after the earthquake, I couldn't go back to my apartment at Yagiyama because the bridge was broken. So I stayed at an emergency shelter near Aobayama for three days with my friends. We heard that there were buses to Yamagata, but there were long lines to get a ticket. So Associate Professor Iwabuchi of the Center for Atmospheric and Oceanic Studies drove me and my IGPAS friends all the way to Yamagata where we caught a bus to Tokyo. I was in Haneda Airport for two nights before I managed to get a flight back to Thailand. 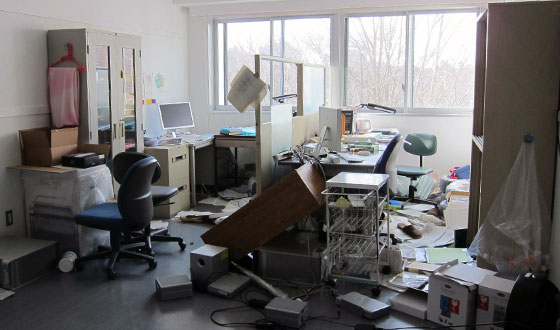 I came back to Japan a month later to finish my research, but I lost some work because my computer hard disk broke in the earthquake. I had to delay my graduation, but my scholarship ran out so I couldn't pay my rent or my tuition fees. That was a really tough time for me, but the university waived my tuition and found me a place to live in the dormitories. Professor Hayasaka even hired me to be an assistant in his lab. Everyone was so kind and really gave me a lot of support.

At the time of the earthquake I was director of the hospital and my office was at the top of a nine-storey building. One month earlier, there was an earthquake in New Zealand where many buildings collapsed. I briefly wondered if the building I was in would collapse, and I was sure I would die if it did.

When the shaking stopped, we went down to the designated evacuation spot to establish the disaster countermeasure headquarters. Because of the magnitude of the earthquake, we assumed that many patients would have fallen and equipment would have disconnected. But luckily, the ward had modern earthquake-proof construction so the impact wasn't as bad as we had feared. 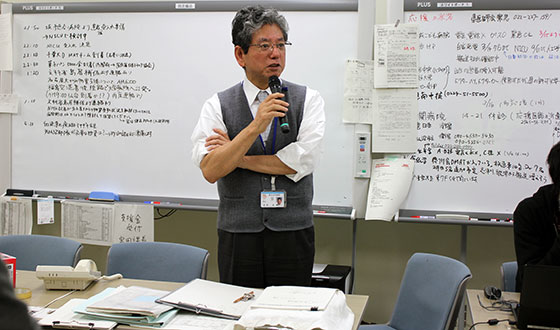 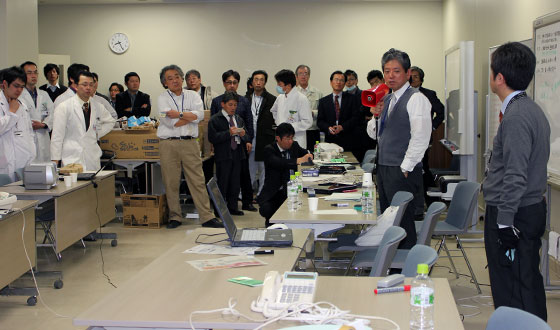 The hardest decision I had to make that day was to not make the hospital an evacuation shelter for the general population. People nearby saw the lights and wanted to seek shelter with us, but we could not accommodate them and help people who needed medical care at the same time. Many people were probably quite mad at us when we redirected them to other evacuation shelters, but I felt strongly that we had to prioritize treating the sick and injured because we were a hospital.

I was rushing home to check on my two kids when I saw a group of distressed international students in the Kawauchi courtyard. I squeezed them into my car and brought them home. We had no electricity, no water, no heat, but everyone was safe.

The students stayed with me for a few days. Then a message started circulating among the Chinese students that the Chinese government was sending a charter plane to pick them up at Niigata Airport, 200 miles from Sendai. It was a huge dilemma for me because I was suspicious of the message, but couldn't reach the embassy to check. I also didn't want to stop the students from going in case it was real and they miss the chance to go home. So in the end I drove to Niigata, and guess what? I found about 130 Tohoku University students being sent to the evacuation center in Niigata city because the message about the charter was a hoax. Fortunately, representatives of the Chinese Consulate came to the rescue, and I was relieved that everyone got back safely to China a few days later.

Many international students went home that week, but many also came back and volunteered in the community. I think it meant a lot to them to show the local people that they also consider Sendai their home.