For the second time in as many years, Falling Walls Venture Sendai was held at Tohoku University's Katahira Campus. The event serves as the Asia qualifiers for the main Falling Walls Venture, an international contest for science-based start-up companies, venture capitalists and strategic investors. 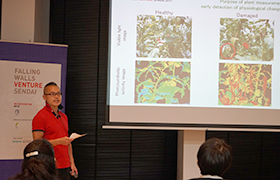 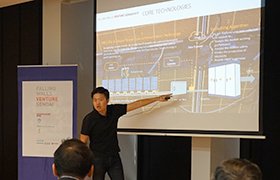 This year, eight Asian start-ups gathered in Sendai, each getting five minutes to present a business pitch before fielding questions from the jury panel. The companies were judged on their level of innovation, the commercial potential of their ideas, the social impact of their products and their business pitch.

"We expect that this technology will impact our lives in many ways," said Yusuke Tsukahara, director and COO of Ball Wave Inc. "For example, we want every household or building to have sensors to monitor the quality of ambient air. This can be useful in countries which have pollution problems, and can also help big factories contribute to cleaner air." 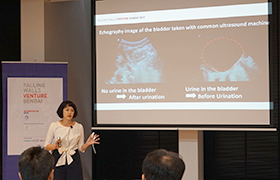 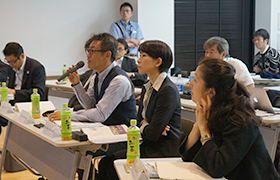 Two other start-ups were given honourable mention for their innovative products: 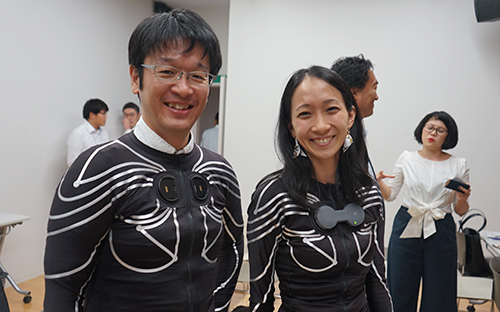 Daisuke Toki, president of Deutsche Asset Management Japan Ltd, and a member of the judging panel, described the eight start-ups as "very, very impressive" and said the judges recognized the high quality and social contribution of the innovations presented.

Ball Wave Inc will be one of 20 finalists in Berlin who will compete for the Falling Walls Science Start-Up of the Year award on November 8, and the chance to present at the main Falling Walls Conference the next day.

The Falling Walls Conference was started in 2009 on the 20th anniversary of the fall of the Berlin Wall. It is an annual showcase for innovation and ideas for social change, and attracts some 700 international decision makers, movers and shakers. 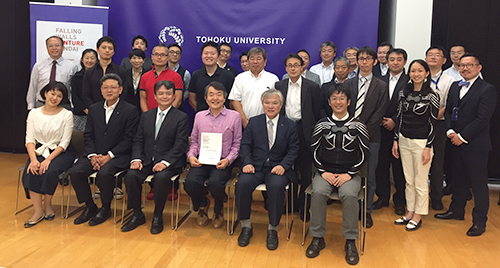