A research team led by Associate Professor Hideaki Goto at Tohoku University's Cyberscience Center has developed the first OpenRoaming service in Japan through the Cityroam platform, making it easier for users to seamlessly connect their mobile devices to public Wi-Fi at more locations across the country.

This also means that international travelers to Japan who have a Wireless Broadband Alliance (WBA) OpenRoaming user ID, will be able to get Wi-Fi access without additional settings. 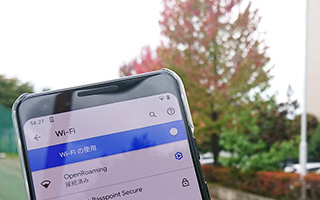 "The Wi-Fi roaming system provides a mechanism that allows users to securely and automatically connect their mobile and IoT devices to the network, using telecom and provider accounts, without going through a sign-up procedure for each destination," said Goto. "This is another step towards achieving a next-generation public wireless network, in collaboration with telecommunications operators and Wi-Fi service providers around the world."

"The team at the Cyberscience Center is also working with WBA and European research community GÉANT to enable eduroam over OpenRoaming. Eduroam is the world's largest wireless LAN roaming system for research and education institutions. It is hoped that an integration of eduroam into the OpenRoaming/Cityroam platform could give millions of students and researchers Wi-Fi access at more off-campus locations.

Goto and his team have been at the forefront of Japan's wireless LAN research for the past two decades, developing information and communication infrastructure and application systems that can support increasingly sophisticated needs and technologies in the ICT society. 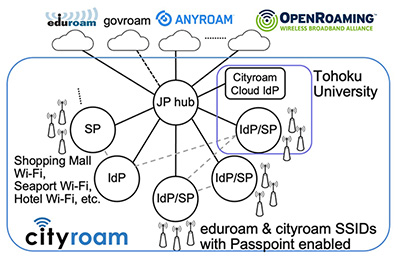 In 2017, the team developed Cityroam, the first and only Passpoint-based roaming federation for public Wi-Fi in Japan.

"As long as the user has a SIM card from a telecom operator providing a roaming service with us, the phone can be automatically and securely connected to the access points of the Cityroam system," said Goto. "The same is possible if a user has a Wi-Fi access subscription through a partner Internet Service Provider (ISP)."

In 2006, Goto introduced eduroam to Japan. It is now operated by the National Institute of Informatics and used by some 300 universities and laboratories across the country. Globally, eduroam is mutually used on university campuses and research institutes in 106 countries.