An old, familiar programme has made a comeback - bigger and better - after taking a year off the summer roster.

TSSP has been rebranded the Tohoku University STEM Summer Programme and now comprises four weeks of lectures and hands-on laboratory work, exploring the frontiers of science, technology, engineering and mathematics.

Unlike the original Science Summer Programme which offered a broad overview of topics and a heavy dose of cultural activities over two weeks, the new TSSP features more intensive lectures, more field activities and enhanced classroom work that allow students to get academic credit for their participation. 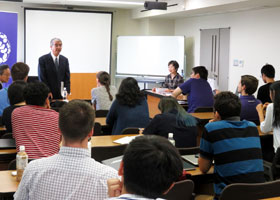 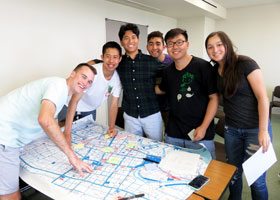 "The programme as a whole was really good and engaging," said Jonathan Cady, an information technology student from the University of Washington. "Although my major is not directly related to many of the lecture topic areas, I still found myself interested in most of the talks."

Some of the lectures included practical application experiments. For example, students learnt the basics of aircraft design with Associate Professor Hisashi Nakamura of the Institute of Fluid Science, after which they made their own paper aircraft for a competition.

"Paper planes are very good tools to help students understand flow dynamics, and the mechanical structure of a plane - wing load versus weight, and things like that," he said. "Construction and design have to be balanced for the plane to maintain stable flight. It is a lot harder than it looks." 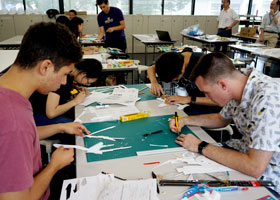 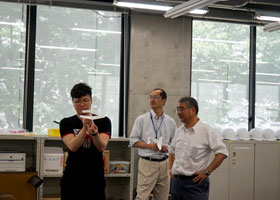 Students were tasked with developing an original paper aircraft that can glide for the longest possible time. "It's interesting seeing what they come up with, and how they close the gap between having a creative idea and making that idea work in a practical way," said Professor Hirokazu Moriya, who was in charge of the paper aircraft competition. It was one of several activity-based laboratory projects held at the new Creative Engineering Centre.

"I enjoyed the competition because of the group work," said Egor Milovanov, a physics student from Novosibirsk State University. "This kind of activity taught me to trust my teammates as they trust me, and we combined our efforts to achieve a common goal." 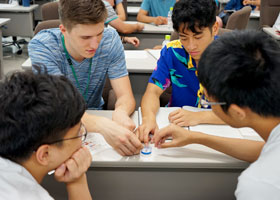 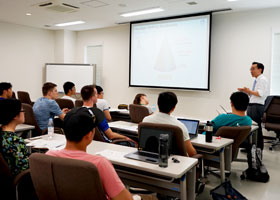 A highlight of the programme was University President Hideo Ohno's return to the classroom to give a lecture on spintronics, and the research effort to achieve ultra-low power logic and memory by exploiting the tiny magnetic moments (or spins) of atoms and electrons.

He said that the key properties of the combination of materials that underpin nearly all MTJs used in spintronics research were discovered here at Tohoku University. He added the anecdote that researchers elsewhere had in fact seen the effect earlier but had dismissed it as a mistake, simply because it didn't fit what was known at the time.

"In research as in life, there will be a moment, a pivotal moment," he said. "Make sure you grasp it when you see it and do not let it slip by." 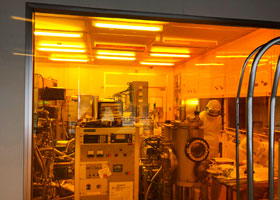 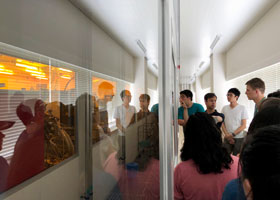 For a close-up look at the research taking place at the university, the students also toured several laboratories such as the clean room and probe stations at the Research Institute of Electrical Communication (RIEC) led by assistant professors Justin Llandro and Samik Dutta Gupta.

The students also spent some time at the International Research Institute of Disaster Science (IRIDeS) where they learnt about the impact of the 2011 Great East Japan Earthquake, and the recovery efforts still taking place along the coast. 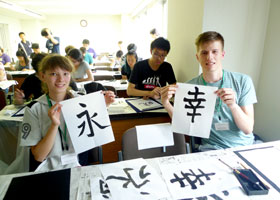 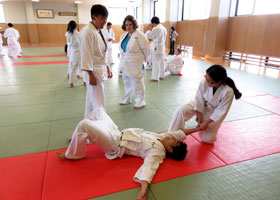 They also had several opportunities to explore the region beyond Sendai, visiting historical sites, museums and factories on field trips. For some of the participants, it was the first of hopefully many more visits to Japan.

"I would like to return to Japan as a tourist to understand Japanese culture better," said Milovanov. "I was positively surprised by the politeness of Japanese people and I learnt several wonderful places. I want to open Japan for myself more." 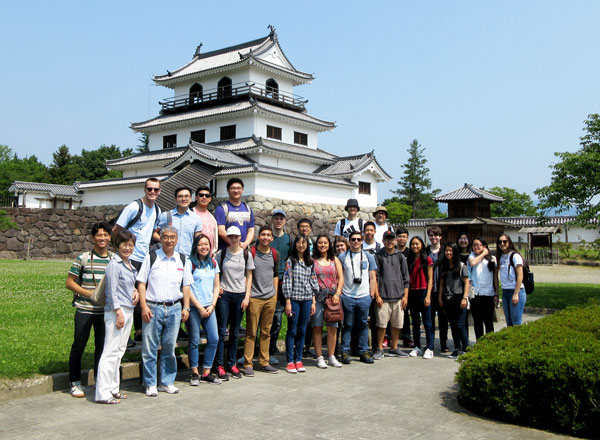