Tohoku University x Ochanomizu University - A Connection from the Past, Partners for the Future

In his opening speech, Tohoku University President Hideo Ohno said that the agreement has led to fruitful exchanges this past year, including a joint application to the JST Diversity Research Environment Initiative, a programme that supports female researchers. "I hope both universities will continue to build on our close relationship, by leveraging each other's strengths and utilizing the cross-appointment system to achieve extraordinary results." 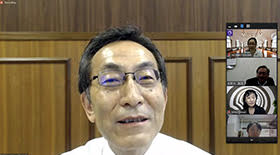 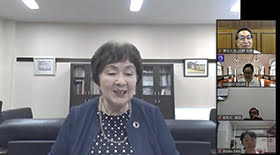 Ochanomizu University President Kimiko Murofushi echoed the sentiment. "This cross-appointment system is really good. If this system had been available when I was younger, I would have loved to have taken part," she said. "That's how good I feel about the system."

The six cross-appointed researchers - three from each university - gave brief introductions of their work.

Professor Mika Omori of Ochanomizu University spoke about the connection between social factors and mental health, and how psychosocial issues can contribute to behavioral change. She also highlighted joint research on infectious diseases and their psychological effects, such as fear and anxiety caused by a pandemic. 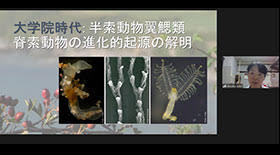 Atsuko Sato is an assistant professor at the Laboratory for Environment, Development and Evolution at Ochanomizu University's Faculty of Science. Her work explains how the environment shapes organismal forms and evolution.

Natsuko Nagasawa is an associate professor of Human-Environmental Science. Her work centres around the relationship between life sciences and the human environment. For example, architectural planning based on human behavior and ergonomics. 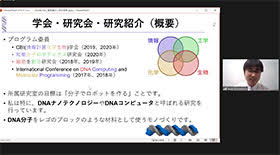 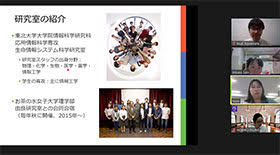 Assistant Professor Ibuki Kawamata of the Graduate School of Engineering, led the trio from Tohoku University, first describing his work in DNA Nanotechnology.

He was followed by Associate Professor Hafumi Nishi from the Graduate School of Information Sciences, who spoke about bioinformatics, an interdisciplinary field combining biology and computer science. She said that by having a basic knowledge of the molecular aspects of protein, for example, patients can better understand medical issues like diseases and drugs. 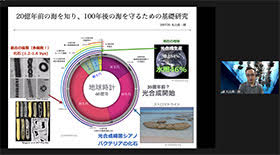 Assistant Professor Shinichiro Maruyama from the Graduate School of Life Sciences, said that by understanding the history of the sea we can better protect its future. His research is on how endosymbiosis - a process where an organism is incorporated into the cell of another organism - has contributed to the diversification of ecosystems.

Professor Noriko Osumi, Tohoku University's vice president of public relations and the promotion of diversity, expressed her congratulations to the six researchers. "Those who have joined us from Ochanomizu will be good role models for our female students at Tohoku University. They will also provide an excellent network for all our researchers regardless of gender," she said. "Embracing differences is the beginning of great innovation."