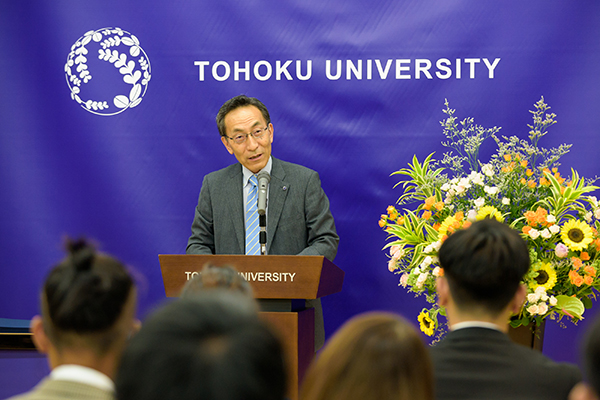 In his congratulatory speech, university president Hideo Ohno urged the students to focus on developing not only their academic skills but also a global mindset that can serve them well on the world stage.

"While studying abroad, maximise your experiences by trying new things, making new friends and engaging with people of different backgrounds," he said. "Be someone who knows what's going on in the world, who has flexible thinking skills and is able to see things from a wide range of different perspectives."

Rei Emura, a Global Hagi Scholarship recipient, is a linguistics student headed to the University of Alaska. "I'm so happy to be chosen for this award," she said. "I plan to study the Inuit language. It is one of many endangered indigenous languages around the world and I want to try to protect it." 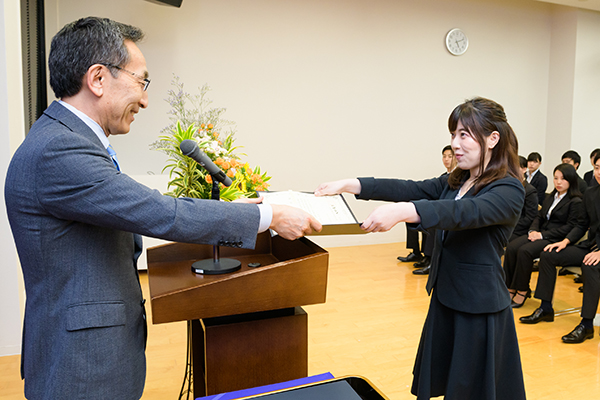 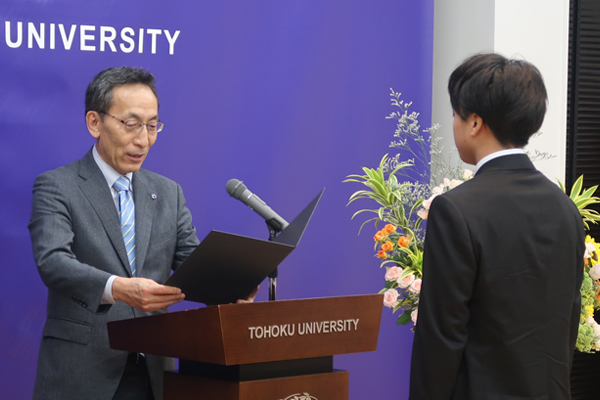 "Before coming to university, I had almost no experience interacting with people of different backgrounds," said Miori Asaka, who received both the Global Hagi Scholarship and the Global Leader Award. "But there are so many international students here, I had the chance to talk to them and learn many things about the world that I didn't know before."

Asaka will go to Queens University in Canada where she plans to take courses on gender and the empowerment of disadvantaged or marginalized people. "I'm now studying education. I haven't decided what I want to do in the future but I'm thinking that I would like to support women in developing countries, maybe work at an NPO or NGO."

The Tohoku University Global Leader (TGL) programme was started in 2013 as part of the university's efforts to internationalise its curriculum and promote co-learning among students of different cultures.

Taichi Morisaka, an education major, admitted that he wasn't always interested in life outside Japan. Then he signed up for the Global Seminar, a course which promotes and encourages inter-cultural communication and understanding through active learning.
"That class changed my life," Morisaka said. "I realized how much better it is to have different ideas and opinions." 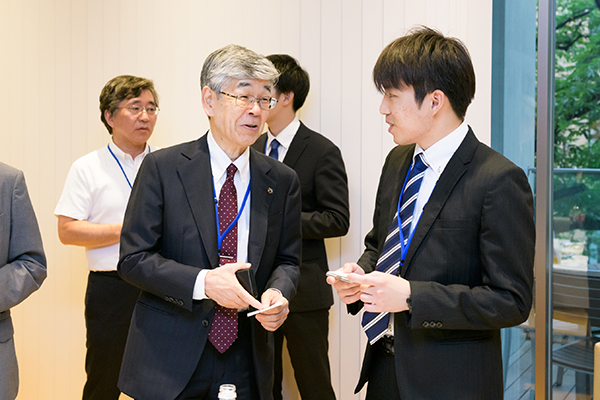 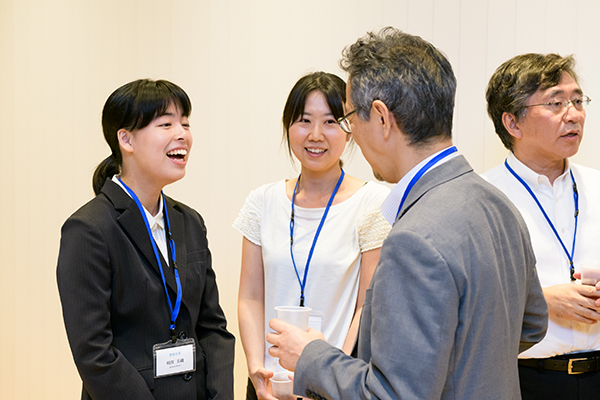 Following the ceremony, there was an informal reception for students and professors to mingle. Several past receipients of the awards were also on hand to share their experiences.

"I learnt so much about myself whilst working towards the Global Leader certificate," said dentistry student Sato Yumi, who received the award last winter. "I travelled to five countries, learnt to be independent and gained a lot of courage. I found out that if I'm not afraid, there are many things I can do."