The HeKKSaGOn Alliance returned to Sendai for the 8th session of the German-Japanese University Presidents' Conference on September 9 and 10.

The last time Tohoku University hosted the six-member alliance was in 2015. This time however, hosting duties took place online due to the on-going COVID-19 pandemic, and the theme focused on how universities can contribute to building healthy, safe and resilient societies.

In the closed-door president's meeting at the start of the first day, HeKKSaGOn's six members - Heidelberg University, Kyoto University, Karlsruhe Institute of Technology, Tohoku University, the University of Göttingen and Osaka University - gave updates on the pandemic situation in their respective cities.

They also reaffirmed their commitment to supporting the joint research projects launched last year, and re-starting physical exchanges as soon as it is safe to do so.

The presidents and representatives also finalized the content of the official joint-statement released at the end of the two-day event. 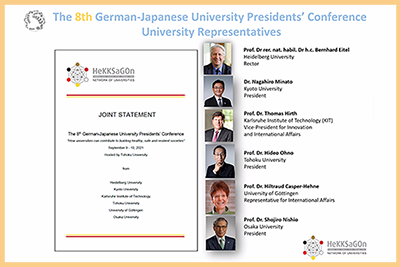 In it, the members agreed to advance multidisciplinary research to address global issues; engage with local and global communities to help achieve the UN Sustainable Development Goals; combine the best of existing and emerging technologies with traditional in-person exchanges to share and disseminate knowledge; and to enhance organizational preparedness with respect to multi-hazards such as natural disasters and pandemics.

The main session of the first day was an Academic Conference on "Health, Safety and Resilience" that was open to the general public. Professor Fumihiko Imamura, Director of the International Research Institute of Disaster Science (IRIDeS), gave the keynote lecture. 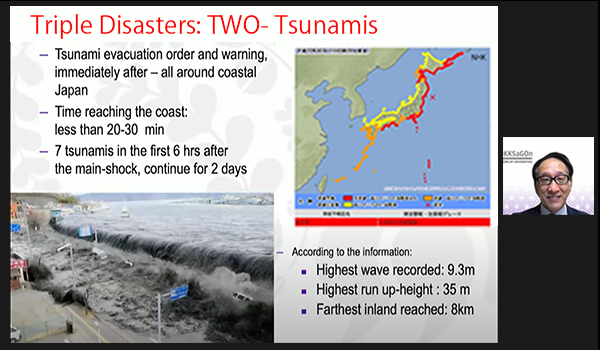 In an overview of the 2011 Great East Japan Earthquake and Tsunami, Imamura outlined the events of March 11, calling it a "triple tragedy" that comprised a magnitude 9 earthquake, a series of deadly tsunamis and a nuclear power plant accident in Fukushima prefecture.

There are many takeaways from the disaster, he said, but the two main lessons are that "appropriate information and knowledge save lives; and resilient systems save not only lives but also communities." He added that global communities need to "strengthen disaster preparedness, employ disaster risk reduction measures and ensure that capacities are in place for effective response and recovery at all levels." The recovery, rehabilitation and reconstruction phase after a disaster, should also be regarded as "a critical opportunity to Build Back Better."

Imamura then introduced Tohoku University's decade-long recovery and reconstruction efforts in the region, and the role of IRIDeS in establishing practical disaster management studies that support buiding more resilient societies.

Following the lecture, the six presidents and representatives of HeKKSaGOn participated in a panel discussion on the role of universities during and after large-scale disasters. 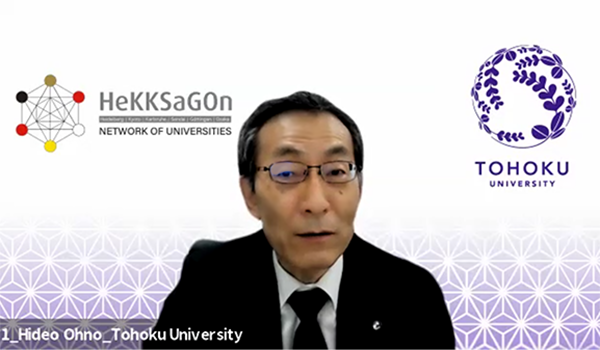 President Ohno said that universities uniquely possess comprehensive knowledge, which is informed by the humanities, social sciences and natural scienes. "This is the key to devising creative solutions to society's problems," he said. He also introduced Tohoku University's Green Goals Initiative, a sustainability plan which aims to "foster ecologically-minded leaders, develop green technology and promote co-creation to realize a green society."

As this year marks the 160th anniversary of diplomatic exchanges between Japan and Germany, the panel was asked to reflect on the impact of the HeKKSaGOn Alliance on Japanese-German collaboration in education, research and transfer/social engagement. 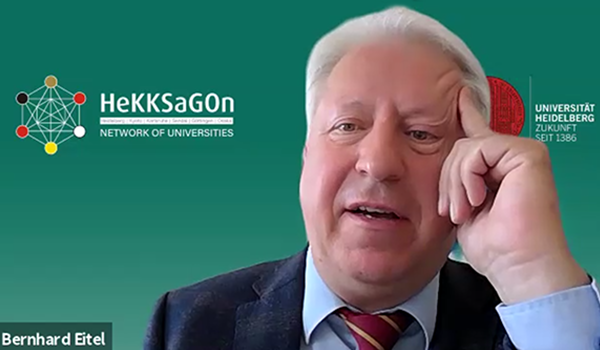 Several members attributed the success of the alliance to the personal relationships of the researchers, and said that student exchanges, joint study progammes and degrees should be further expanded.

Bernhard Eitel, Rector of Heidelberg University, decribed HeKKSaGOn as "the most important alliance between Germany and Japan," and suggested that, going forward, members should also learn from each other in non-mainstream ways. While scientists share their research experiences in their labs, he said, university leaders should share best practices, such as how to create innovative spaces, facilities and infrastructure to provide an optimal environment for students and researchers. "Universities do not share their most innovative ideas because of inter-university competitive situations. But sometimes, in some things, we should share ideas so that we can be better," he said. 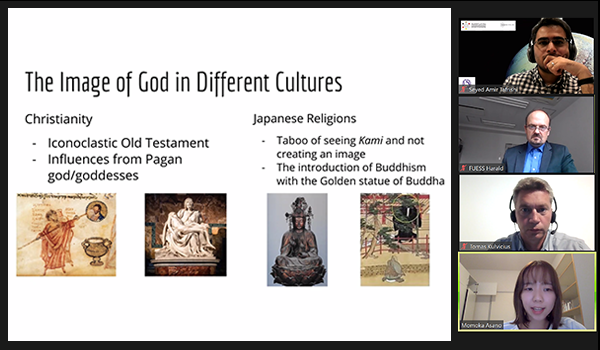 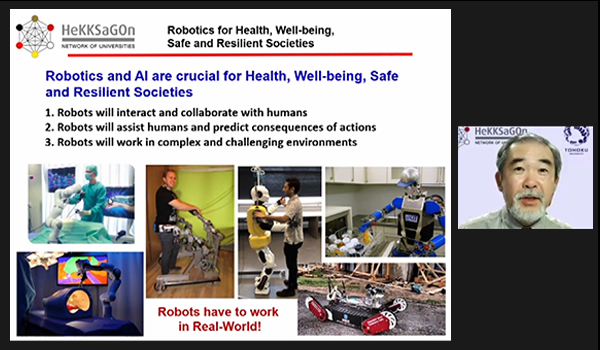 The second day of the event began with a virtual Poster Session for early-career researchers.
This was followed by a plenary session which saw presentations from the Students' Workshop and research plan reports from the eight funded projects.

The HeKKSaGOn Alliance was established in July 2010 to promote joint projects, collaborative research and student exchange. The HeKKSaGOn name is an acronym of the six member universities.

The next Presidents' Conference will be held at the University of Gottingen in September 2023. 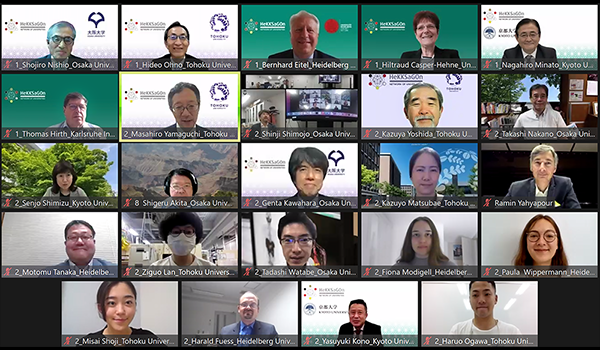