Chiaki Mukai - the First Japanese Woman to go to Space

Chiaki Mukai is an extraordinary person - a scholar, a doctor, an astronaut and a woman.

Born in Gunma, she became a board-certified cardiovascular surgeon and worked in hospitals around Japan in the 1970s and '80s. 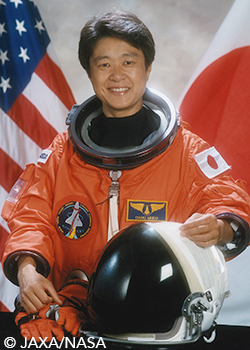 At age 32, she became the first Japanese woman to go into space, first as a payload specialist on the STS-65 mission aboard the space shuttle Columbia, then again in 1998 aboard the Discovery space shuttle's STS-95 mission, which conducted more than 80 scientific experiments relating to medical and materials research in a microgravity environment.

Over the years, Mukai has held several positions at the Japan Aerospace Exploration Agency (JAXA), including director at the Center for Applied Space Medicine and Human Research, and is currently a vice president of Tokyo University of Science.

Mukai recently visited Tohoku University, toured the facilities at the Institute of Fluid Science and spoke to the International PR Section about her amazing life. 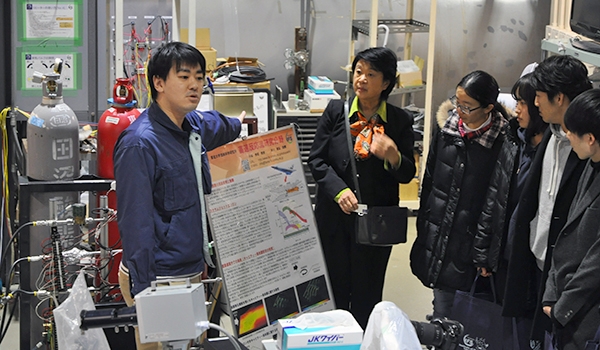 As a child, what were your early influences? Were you always interested in space?

When I was 9 years old, the first human - Yuri Gagarin - went into space. Just two years later, Valentina Tereshkova became the first woman to go to space. I read stories about them and I was so inspired. At that time, Japan didn't have a space programme so unlike children in countries like the United States or the Soviet Union, I never had the dream of being an astronaut or cosmonaut because it was simply impossible.

Instead, I became a doctor to help people suffering from diseases. I was always interested in solving puzzles so when the Japanese government wanted somebody willing to go into space to do scientific experiments, I was really interested.

How challenging was it to be the first woman from Japan to go into space?

I never think about gender differences. As a medical doctor, it didn't matter if I was Japanese or a woman. In front of the patients, I was simply someone with the skills and knowledge to help them. I think my background in medicine actually helped me as an astronaut because a doctor needs to diagnose patients and know how to treat them. In the same way, if something goes wrong in the space shuttle system, you have to diagnose what's happening, fix the problem like you would treat a patient, and figure out how to prevent what went wrong from happening again. So throughout my life I never thought that there was anything I couldn't or shouldn't do because I'm a woman. If you have desire and the right education, you can do anything. 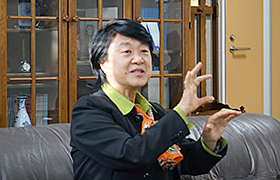 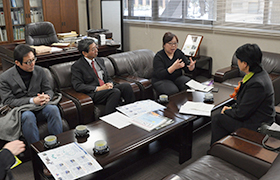 What was your favourite part of being in space?

People always ask that question expecting me to say the beauty of Earth, or feeling like I'm flying because there's no gravity. Of course, all that was amazing, but I expected those things. To me, the most interesting part of going to space was coming back and re-encountering gravity.

We never think about how strongly the gravitational force affects us. When I first came back, I kept dropping things. And each time I would think "wow! It fell to the ground!" The second day I came back, my crewmate asked me if he could borrow some cutters. I just threw it, expecting that it would go straight across like in space, but instead it dropped. We were so amazed by the beauty of the parabolic line! So that was the experience that I most appreciated, a new sensation that I never expected.

Would you go up again?

Yes, absolutely! I've been up twice, now my next target is the Moon. Mars is a little too far away but it only takes one week for a round trip to the Moon and that's my goal. It can happen. Like I always say, if you can dream it, you can do it.