Running in tandem with Tohoku University's successful Science Café series is the similarly popular Liberal Arts Salon, fashioned after the social and intellectual gatherings of 17th and 18th century Europe.

Started in 2009, the Liberal Arts Salon is held three times a semester at various downtown locations like Sendai Mediatheque and Tohoku University's campuses. The 2-hour interactive event features themes chosen from the university's wide range of liberal arts subjects, and provides participants with the opportunity to listen to a free lecture and engage in lively discussions with academics and like-minded people. 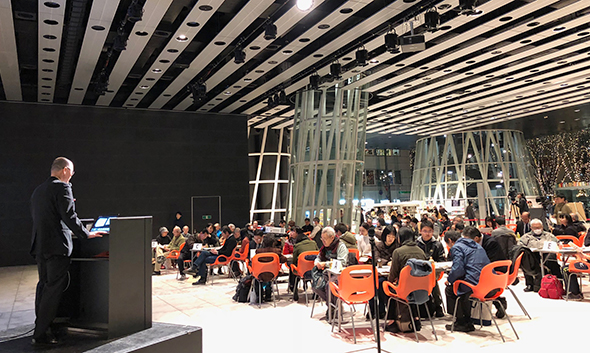 The series reached its 50th lecture recently, with Professor Hideki Kozima of the Graduate School of Educational Informatics, who is working on cognitive science, artificial intelligence and robotics.

For the Liberal Arts Salon, Kozima brought his most popular example of AI - Keepon, a small, yellow robot with joint attention capabilities. Keepon is designed to encourage simple, nonverbal interaction with children, especially those suffering from developmental disorders such as autism. 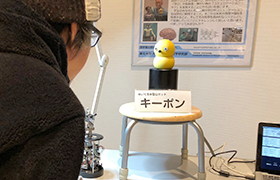 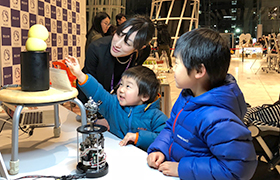 "As human beings, we tend to look at the same target as others around us, and in doing so, we can communicate and share the emotion induced by the target," explained Kozima. "This is really important for the construction of higher level empathetic communication in a child's development."

In his lecture, Kozima talked about two increasingly common types of AI. One is the conventional, purpose oriented AI, found in self-driving cars and language translators. And the other being artificial general intelligence, which is AI that behaves like humans and can learn to do new things and react to emotions.

At the end of the lecture, Kozima asked the audience to discuss among themselves their thoughts on humans collaborating closely with AI. 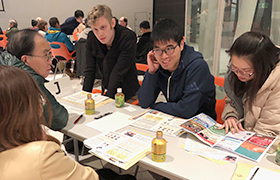 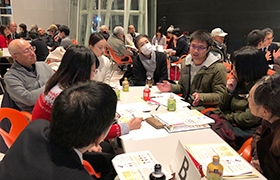 "Many people, not just in Japan, are really afraid of AI," said Kozima. "They are worried that robots with AI will develop their own logic that humans cannot understand or control, and that they will evolve on their own."

Nick Wilson, an American computer programmer with an interest in robotics, said the discussion raised many interesting points about AI's impact on every day life.

"It's going to impact our jobs, the way we take care of children and the elderly. Even social relationships will change," he said. "Everyone in the discussion group had an opinion and I understand the fear. But like the internet, AI is coming anyway, so we might as well embrace the changes and plan ahead so that we can contain the potential danger." 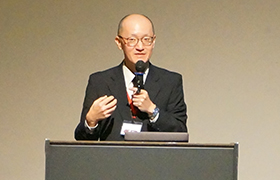 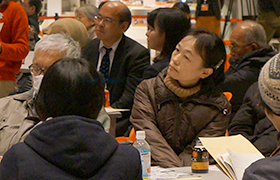 The salon attracted a lively and vocal audience of about 120 people.

"The beauty of the liberal arts is that one topic can bring together many different fields such as engineering, sociology and psychology, and that's interesting," said Kozima. "Engaging with people from the community is also special because they always bring new and unexpected viewpoints that add a different dimension to the academic discussion."

Science Café and the Liberal Arts Salon have been running for many years and their success is a reflection of Tohoku University's passion for sharing knowledge and commitment to community outreach.

For now, both series are only held in Japanese, but they are open to everyone. To take part, click on the link for upcoming dates and topics.

For enquiries about the article: