Six students from Moscow State University spent a fortnight in early November at Tohoku University as part of a short, study abroad programme run by the Department of Psychology. This is the third educational collaboration in psychology between the two institutions since 2015.

The programme offered a balance of academics and culture. The Russian students attended daily Japanese language classes as well as a sampling of psychology lectures. 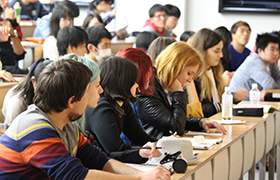 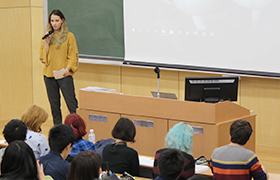 "I think classes in Japan are more practical than the ones we have in Russia," said Anna Karchevskaia. "In Russia we study a lot of theory and it's hard to know how to apply it to our job. I like that in the classes here, we learnt some theories and then we learnt how to use them. That made the learning interesting."

"I got the Russian students to introduce themselves to my Psychology lecture group of 260 students and their Japanese was most impressive!" said Professor Tsuneyuki Abe. "Then MSU Associate Professor Aleksander Raevskiy, who led the group, gave a presentation on the geography and history of Russia, which my class enjoyed. I think that by coming into contact with the students from Moscow, the Japanese students also became more motivated." 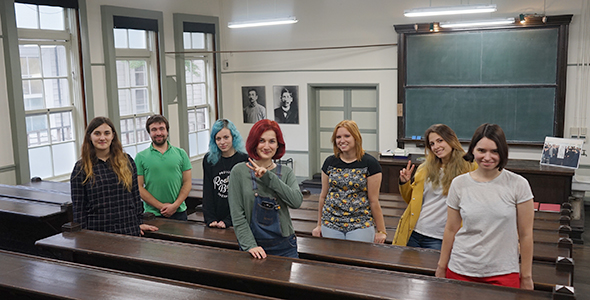 The MSU students learnt about Tohoku University's history through a tour of the campuses, and got a taste of life in Sendai by participating in the university's annual student festival. They also got to practice their Japanese language skills.

"Every day my Japanese was getting better. I was learning more, understanding more," said Karchevskaia. "I would see signs or hear something and think 'Oh, I know what that means!' And when I spoke Japanese to the other students or people on the street, they could understand me. That made me really happy."

"The Russian students were fascinated by things and had a great appetite to learn about Japan," said Professor Nobuyuki Sakai, who organized the programme. "They discussed many things with the local students, not just culture but also the differences between Japanese and Russian psychology classes and research." 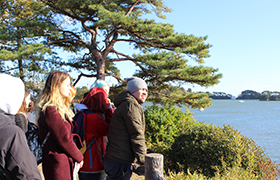 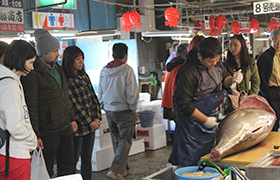 Autumn in Tohoku is a sight to behold, and in between classes the students had the opportunity to do some sight seeing. They spent a day at Shiogama and Matsushima, exploring the fish market and taking a cruise around the islands that inspired haiku from the most famous Edo poet, Matsuo Basho.

They also learnt to make udon noodles from scratch, which they ate for lunch. 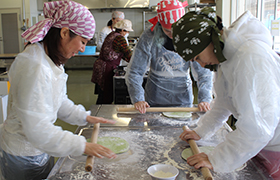 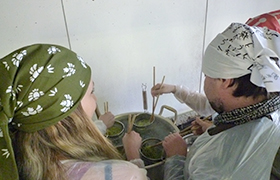 To better understand the impact of the 2011 Great East Japan Earthquake and Tsunami on the region, the students visited the Higashi Matsushima Earthquake Memorial Museum and spoke with locals there.

Just before the end of their stay in Japan, the students went to neighbouring Yamagata prefecture where they saw the autumnal colours from the Mogami River and climbed Mt. Haguro, one of the three Mountains of Dewa whose shrines date back to ancient Japan. "It was so beautiful and so powerful, I had never experienced anything like it," said Sofia Shapkina. 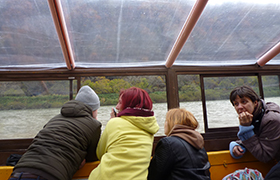 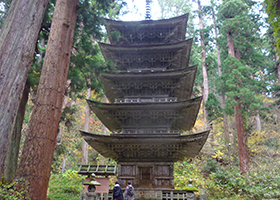 Tohoku University and Moscow State University have a University Level Agreement and a Memorandum of Understanding on jointly supervised degree programs between the faculties. It is hoped that through short programmes like this, more students from Russia will choose to come back for a longer exchange or degree programme.

"I had been dreaming about visiting Japan for a long time, so this trip is a dream come true," said Maria Yurlova. "Tohoku University has been perfect - beautiful, friendly and the classes were interesting. I want to come back and study here for a longer time. That's my new Japan dream."

Next March, as part of its regular Cross-Cultural Programme with Russia (TUCPR), Tohoku University will send 15 undergraduate students to Moscow State University. 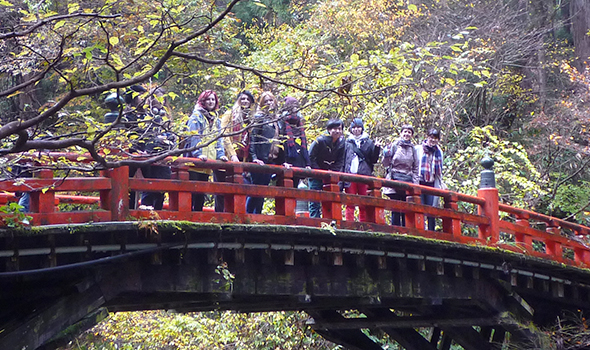