President Ohno, who was the former director of the Research Institute of Electrical Communication (RIEC), was recognized for his "seminal contributions to the materials science, physics of ferromagnetic III-V semiconductors and spintronics."

He received the award at a ceremony in Nara on May 20, in conjunction with the 46th International Symposium on Compound Semiconductors (ISCS) and the 31st International Conference on Indium Phosphide and Related Materials (IPRM). 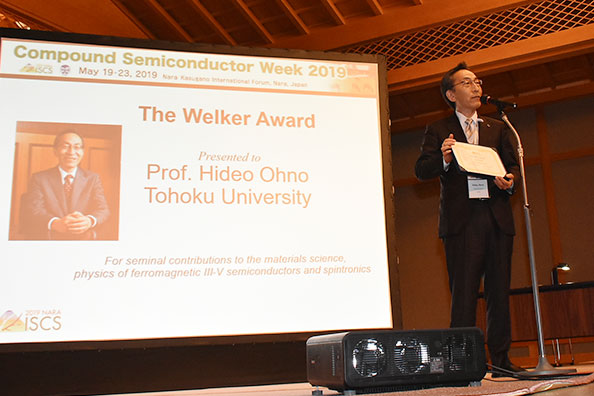 Heinrich Welker was a pioneer in III-V compound semiconductor development, and the award was established in his name in 1976 to honour other researchers who have similarly made outstanding contributions to the field. Three past winners have gone on to win the Nobel Prize.