Five students have been conferred the Tohoku University Professor Fujino Incentive Award for 2019. They received their certificates from university president Hideo Ohno at a ceremony held at the former lecture hall of Genkuro Fujino's most famous student, Chinese literary figure Lu Xun. 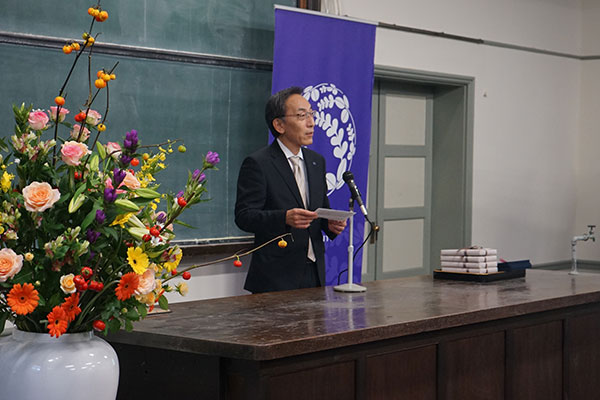 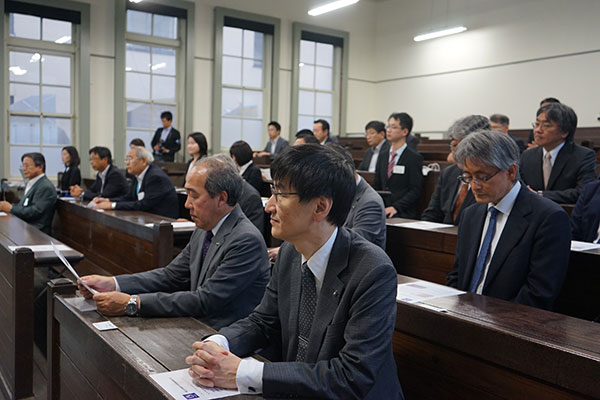 In his speech, President Ohno congratulated the students and spoke of Tohoku University's strong ties with China. The university's oldest overseas bureau was set up in Beijing in April 2007, and Chinese students currently account for about two-thirds of all international graduate students on campus.

"In addition to being part of the next generation of leaders, I hope you will continue to play an active role in building Tohoku University's overseas network after graduation," he said.

Lu Xun was a student at Sendai Medical College - the forerunner of Tohoku University - before becoming one of the most influential figures of modern Chinese literature. His short story titled "Mr. Fujino" was inspired by his time in Sendai and the close relationship he had with his teacher. 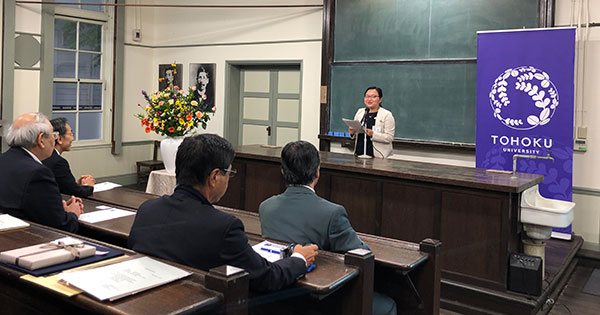 "I really understand the spirit of Lu Xun and Professor Fujino," said Zou Wei. "I have had many professors at Tohoku University treat me very well. People in my lab at the Graduate School of Dentistry help me with my work, and they also invite me out so that I can make friends with Japanese students. I really feel like we are one big family."

"Lu Xun is such a respected writer and scholar in China, so for me to receive an award related to him, I am just so honoured," said Xu Sheng. "This award makes me even more motivated to do what I can to promote future connections between China and Japan." 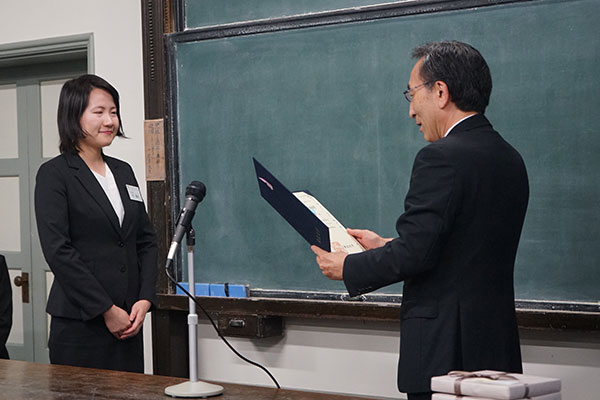 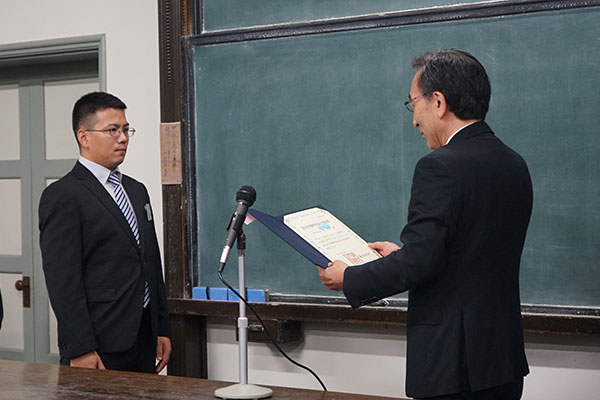