Six Chinese students have been named recipients of the 2021 Tohoku University Professor Fujino Incentive Award. They were given their certificates at a ceremony on September 24 at the former lecture hall of Chinese literary figure Lu Xun.

In his speech, President Ohno congratulated the students for their strong spirit and achievements despite the challenges caused by the COVID-19 pandemic this past year. He reminded them that "Lu Xun had faced significant hardships as a foreign student more than a hundred years ago, but he nonetheless persevered and went on to write some of the most influential works of modern Chinese literature."

President Ohno said he hoped the students will emulate Lu Xun's spirit, thrive under the guidance of their academic advisors, and "go on to be the next generation of leaders who will play a key role in creating great exchanges between China and Japan." 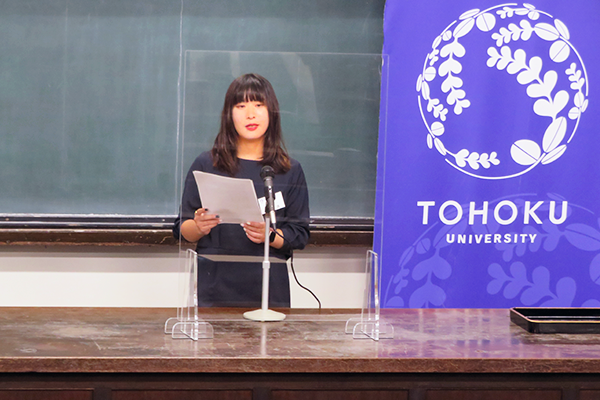 Shuang Yi, from the Graduate School of Engineering, gave a speech on behalf of the recipients, thanking the faculty and staff of the university, as well as her own advisors, for their support. She said that receiving the award at the historically significant room, made the event even more special. "This is a day that I will remember for the rest of my life."

She added that she will "dedicate myself to becoming a bridge for international exchange between Japan and China, so that I can repay the kindness I have received from Tohoku University, my alma mater, and Sendai, my second home." 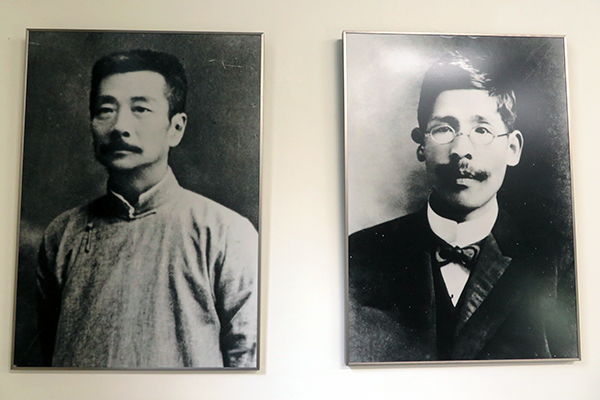 Genkuro Fujino, for whom the award is named, was Lu Xun's favourite professor when the author was a student at Sendai Medical College, the forerunner of Tohoku University. Lu Xun would later immortalize his time in Sendai in a famous short story titled "Professor Fujino."

"I read the novel "Professor Fujino" when I was in high school, and I was impressed that even though the Japanese students were not friendly towards Lu Xun (because he was a foreigner), Professor Fujino was always kind to him," said award recipient Wu Peiyao from the Graduate School of International Cultural Studies. "In the last few years, we have seen people divided into different groups, showing hostility towards each other. It is in such times that we should all read Lu Xun's work, for he depicted hope for a better world." 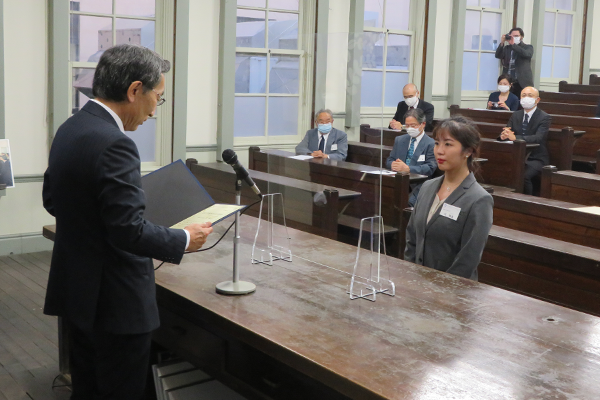 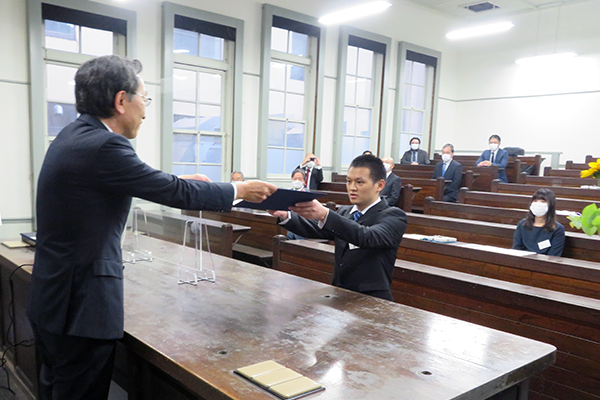