Genkuro Fujino, for whom the award is named, was the beloved professor of Lu Xun when the author was a student at Sendai Medical College, the forerunner of Tohoku University. Lu Xun would later immortalize his time in Sendai in a famous short story titled "Mr. Fujino." 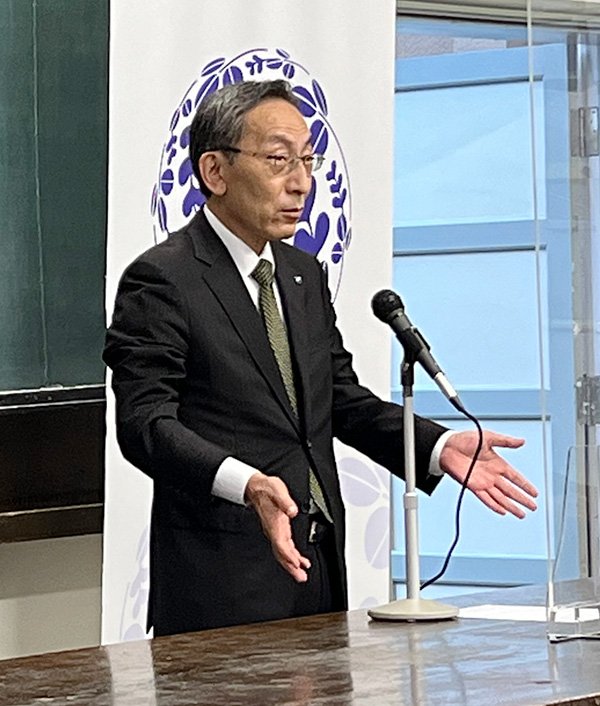 In his congratulatory speech to the students, President Ohno spoke of the university's 115th anniversary and some of the social barriers it has broken through its Open Doors policy. Not only did it welcome Japan's first female university students, but also some of the first international students, such as Lu Xun.

"This summer, China's Consulate General in Niigata donated the Complete Manuscripts of Lu Xun to us. This generous gesture is a reflection of the friendship between Japan and China that continues to strengthen through Lu Xun, even after a century," said President Ohno, adding that he hopes the current award recipients "will also be a bridge in future Japan-Sino relations." 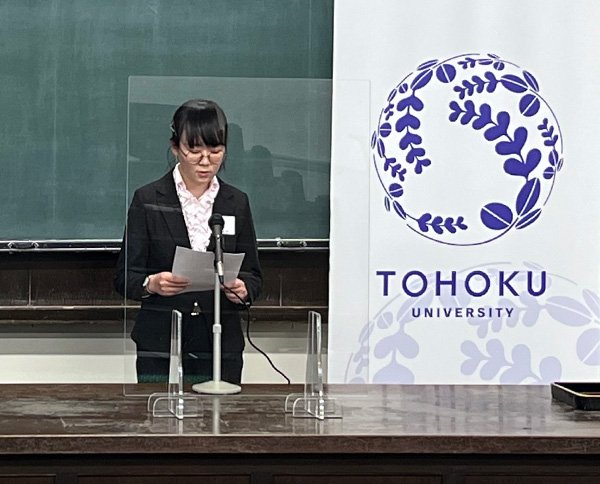 Tian Dongting, from the Graduate School of Medicine, gave a speech on behalf of the recipients.

"We Chinese students have been reading Lu Xun's novels since we were small children. And I especially loved reading "Mr Fujino." Lu Xun is considered to be the soul of the Chinese nation, and the wonderful education that he received in Sendai is etched in my mind," she said. "It is a great honor for me to receive this prestigious award in such a historically significant place. I am sure that this day will remain in my memory for the rest of my life." 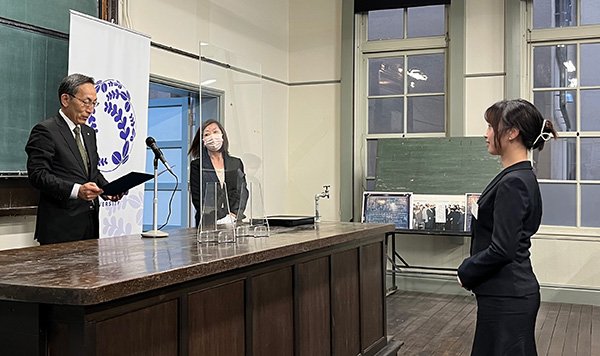 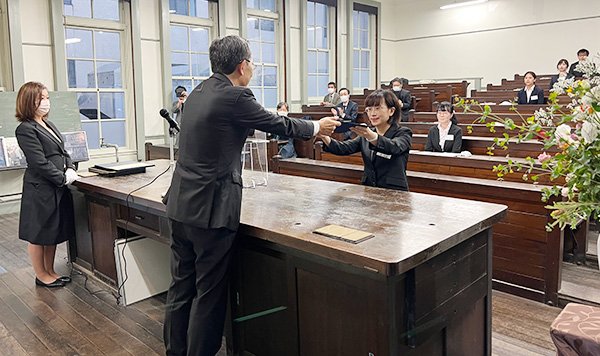