Smooth as Silk at the Tokyo Olympics and Paralympics

When the athletes from the United Arab Emirates walked into the stadium at the opening ceremonies of the Tokyo Olympics and Paralympics in August, they wore scarves and carried flags made of a special fabric developed by Tohoku University and the UAE-Japan Friendship Silk Project. 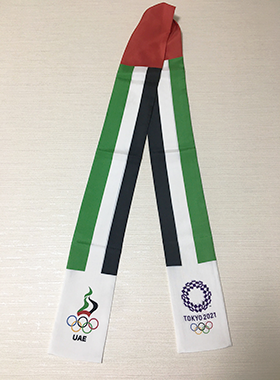 The silk came from the Japanese silkworm Koishimaru, a breed also known as "royal silkworms" because they've been grown in the imperial household by generations of empresses.

Through a partnership between Tohoku University and Insect Resources Technology, Inc. - and with some help from the Japan External Trade Organization (JETRO) office in Dubai - scarves were woven from these Koishimaru threads and presented to the UAE National Olympic Committee.

The project has its origins in Professor Fumio Narita's laboratory at the Tohoku University Graduate School of Environmental Studies where for several years, his team had been researching ways to develop viable alternatives to synthetic fibers. 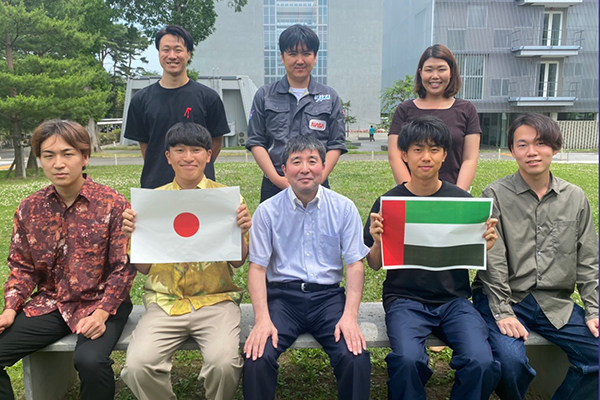 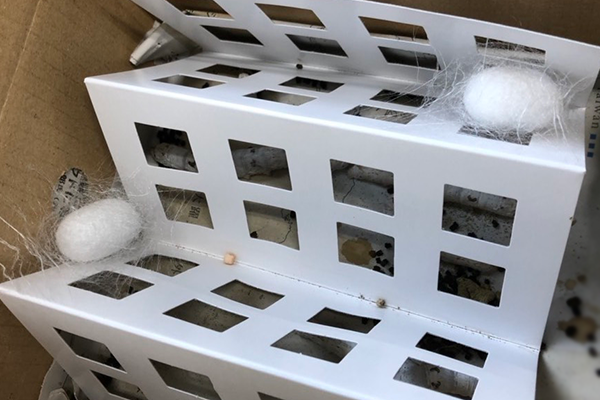 "Many products such as masks, clothes and sporting equipment use nylon and polyester, which are synthetic fibers made from petroleum. And when these synthetic fibers are discarded after use, they are not easily decomposed by microorganisms. They also generate harmful gases when they are burnt," said Narita. "Natural fibers like silk do not use petroleum so they are better for the environment. They can contribute to the realization of a decarbonized society, and may even solve the problem of marine plastic waste."

But the challenge of making wide-ranging products out of silk, is the delicacy of the fabric. In 2017, Wang Zhenjin, a doctoral student on Narita's research team, was observing the diet of spiders when she had the idea of feeding cellulose nanofibers (CNF) to the silkworms. 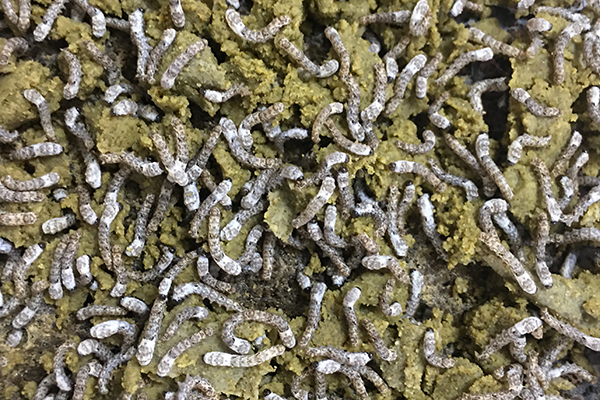 "We mixed CNFs - which are environmentally-friendly plant nanofibers - with commercially available food and fed it to the silk moths. This change in their diet resulted in stronger and thinner silkworm threads," said Narita. "We realised that if we can put this CNF/silk fiber to practical use, it could replace the conventional synthetic fiber."

This breakthrough led to the publication of a research paper in 2020, which caught the attention of Norihiro Shimizu, CEO of Insect Resources Technology, Inc. Shimizu proposed a five-year joint research project that would boost the flagging Japanese silk industry by finding new uses and new markets abroad, while also being environmentally friendly.

Through JETRO, Shimizu and Narita were introduced to the UAE National Olympic Committee. Two batches of 1,000 Koishimaru eggs were flown from Japan to the UAE, where students from the Japanese School in Dubai were recruited to help grow them. It wasn't easy - the climate wasn't always conducive - but the students eventually managed to grow enough silkworms to make the scarves, masks and flags for the athletes after more than a year of perseverance.

Narita hopes that by accessorizing the UAE Olympic and Paralympic teams, the appeal of this new Japanese silk can be appreciated not only by the people of UAE, but also by audiences around the world who watched the opening ceremonies. 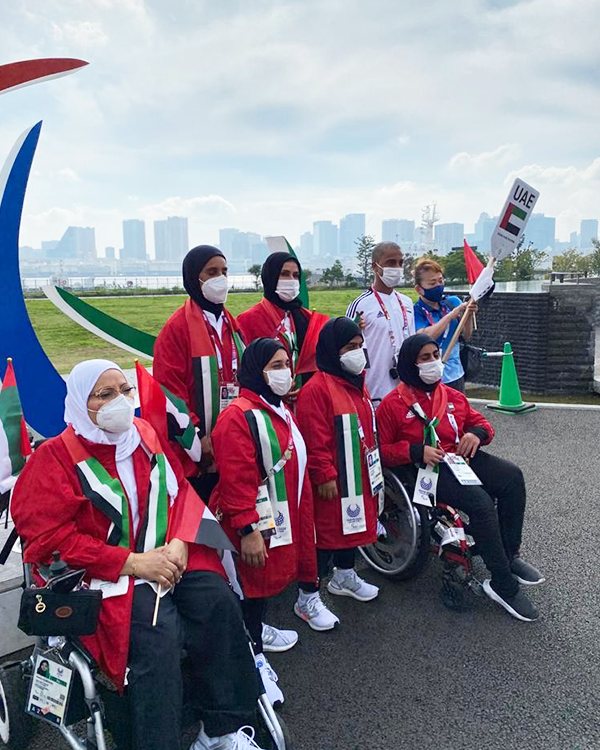 As for the UAE-Japan Friendship Silk Project - these summer games were just the beginning.

"Aside from the environmental benefits, a project aimed at reviving the Japanese silk industry is a long-cherished desire of ours. And for the UAE, there is a lot of diverse opportunities with new markets and new designers making things with Japanese silk," said Narita. "I think the three of us - Tohoku University, Insect Resources Technology Inc. and the UAE - have more ideas we'd like to explore together."

Narita's lab is currently preparing to grow silk moths using CNF to produce stronger, more durable silk for the 2021 Dubai World Expo. And there are already plans to feature the silk at the 2022 Qatar World Cup, the 2024 Paris Olympics and 2025 Kansai-Osaka World Expo.