Ten Years After the Great East Japan Earthquake and Tsunami: Lessons from 3.11

Last summer, Tohoku University began a series of Japanese online lectures, to mark 10 years since the Great East Japan Earthquake and Tsunami on March 11, 2011. The videos feature members of the university drawing on their research and experiences, and sharing ideas on how to build a more resilient society.

Although originally planned as separate in-person events, the lectures were moved online due to the COVID-19 pandemic. The video lectures can currently be viewed here.

The final set of videos was released on March 5. Tohoku University President Hideo Ohno and Executive Vice President Nobuyoshi Hara delivered their messages live, summarizing the contributions of the university and providing an outlook on future actions. 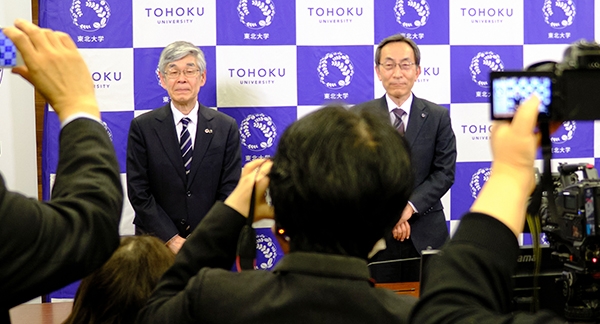 Hara said that the tragedy of the 2011 disaster brought the people of the region closer together, and led to positive changes in both social and physical infrastructure. "Tohoku University will always consider ourselves a part of this community, and the aim of this symposium is to show that we are committed to moving towards the future together."

As EVP for Earthquake Disaster Reconstruction, Hara has been overseeing the eight priority projects set up by the university to help the region "build back better." He gave a brief summary of the recovery and reconstruction efforts over the past decade. 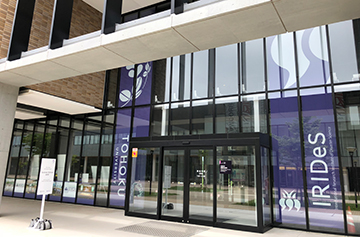 The International Research Institute of Disaster Science (IRIDeS) - which was established in 2012 to promote disaster risk reduction - has been devising customized emergency procedures and drills for communities based on their needs, to help them mitigate future disasters. Some of these lessons have also come in useful during the current pandemic, said Hara.

When the tsunami hit, some regional medical facilities were damaged and healthcare was critically affected. Tohoku University made a plan to not only support the disaster-stricken areas, but to also establish new, next-generation medicine from research originating in these areas," said Hara. The Tohoku Medical Megabank (ToMMo) and Clinical Skills Laboratory are two such examples of community healthcare support.

The Clinical Skills Lab is fitted with state-of-the-art simulators and training equipment, and is open to all medical personnel from the region. The lab currently provides ECMO simulation training, which is important in treating COVID-19 patients. 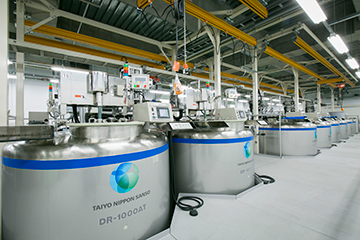 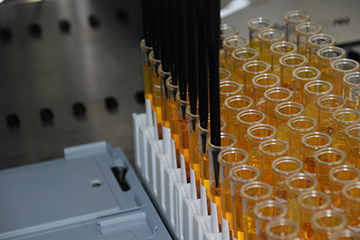 ToMMo was the first to establish the Clinical Fellow system, where medical teams would be dispatched to regional hospitals to support local healthcare in the communities.

"The biggest objective achievement of ToMMo was the successful large-scale genome cohort study conducted with the cooperation of local communities," said Hara. "Based on the results, we were able to establish a composite biobank, which is essential in developing personalized medicine and prophylaxis. This was only possible because we had the trust of the community and many people participated in the study."

In his speech, President Ohno introduced the university's Green Goals Initiative. "In the 10 years after the disaster, we have been involved in many projects and activities related to creating resilience in our communities. Moving forward, we will consolidate our efforts under the new umbrella of the Green Goals Initiative." 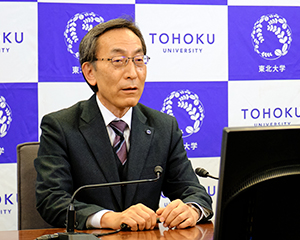 Rising global temperatures and changing weather patterns have increased the frequency of natural disasters, he said, and this past year was also a sobering reminder of the threat that infectious diseases can pose.

"Disaster risk reduction is something which can only be accomplished if we also realize a greener future for everyone," he said, adding that through its research, Tohoku University is committed to helping the region achieve the United Nations Sustainable Development Goals (SDGs). "Many of our research results, for example, contribute to carbon neutrality and are aimed at creating a sustainable future."

Videos of the March 5 keynote speakers can be viewed on demand.

They include Makoto Iokibe's presentation on "Living in Times of Mega Disasters," and Sandra Wu's "Observations from the Private Sector." 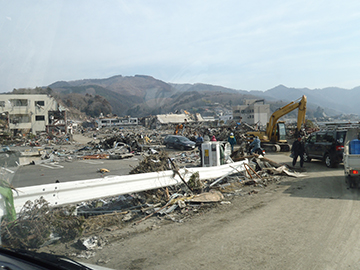 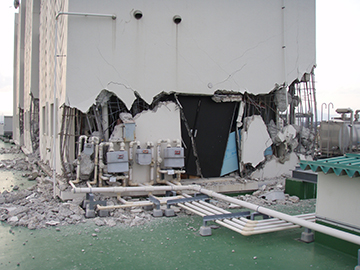 "Although many of their staff and faculty members were severely affected by the disaster in 2011, Tohoku University provided important support to the community, dispatched medical personnel to the wider region and distributed medical supplies to disaster stricken areas," said Hagiuda. "I want to thank everyone at the university for all they have done for the recovery and reconstruction of the region."