They Came from the Land Down Under: Tohoku-Melbourne Day 2017

Tohoku University and the University of Melbourne have stepped up student and faculty mobility and bilateral cooperation since signing an expanded academic exchange agreement and launching the Tohoku-Melbourne Day in Australia last year.

The second Tohoku-Melbourne Day was held in Sendai on November 7 - 8, featuring collaborative workshops on physical chemistry, materials science and higher education. Fourteen researchers and students from the University of Melbourne made the trip, led by Deputy Vice-Chancellor and Deputy Provost Richard James. 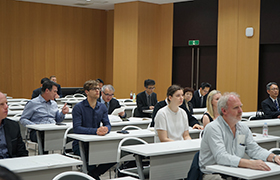 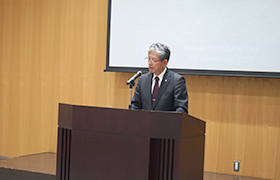 At the opening ceremony, Tohoku University President Susumu Satomi reiterated the importance of the close relationship both institutions enjoyed this past year. "I believe that the major goals of forming strategic partnerships - which make use of our strengths in a wide range of fields - are to integrate the wisdom of both universities, to contribute to research and education, and to provide an intellectual contribution to the increasingly complex global society." 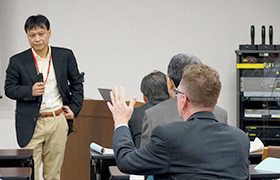 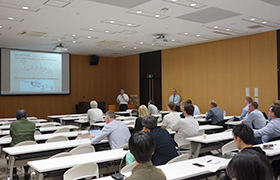 While the second, held the next day at Katahira Campus, was the fourth in an existing series of materials science workshops jointly conducted by the University of Melbourne and IMRAM. It was titled "The Symposium on Advanced Materials, Scientific & Engineering Challenges." 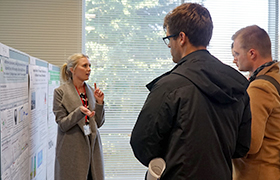 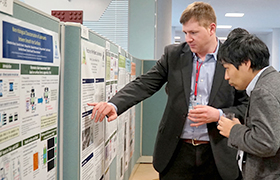 Both workshops featured researchers presenting their work and leading lively discussions on the latest developments in their fields. The poster sessions which followed were also popular and attracted several dozen student and faculty members. 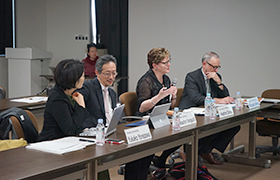 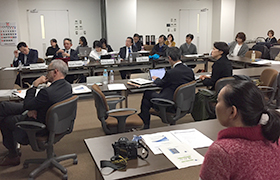 On the humanities front, the Institute for Excellence in Higher Education's Center for Professional Development led a workshop at Kawauchi campus on the "Development of Academic Leaders in University" aimed at developing those who want to effect changes and improvements in teaching, research and community engagement.

"In the knowledge era, every person is responsible, to a certain extent, for leadership. There's specialized knowledge at every level and the best leadership model is trusting people to do the work that they tasked to do," said Professor Heather Davis of the Melbourne Centre for the Study of Higher Education. 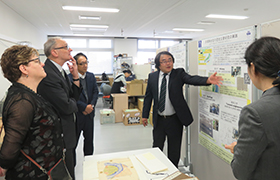 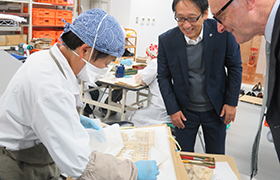 In addition to attending the workshops, the delegation from Melbourne also toured the new campus extension, including Aobayama Commons and the Agricultural Library.

While other members of the group had a first-hand look at the physical chemistry and materials science facilities at Aobayama campus, including the Research and Analytical Center for Giant Molecules.

The University of Melbourne will host the third Tohoku-Melbourne Day as the event returns to Australia next year.