Ten students have completed the Tohoku University Global Leader Program for winter 2017-18. They received their certificates from President Susumu Satomi at a recent ceremony at Katahira Campus.

In his speech, President Satomi stressed the need for students in Japan to be more aware of what's going on around the world so that they can contribute globally.

"The meaning of being global is not just to say that you can speak foreign languages such as English, or have gone abroad. It is also to interact with people who have different ideas and values, and to understand them and appreciate their differences." 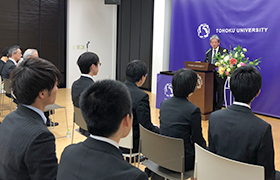 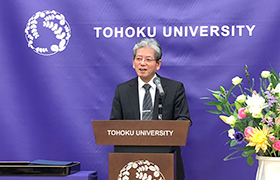 The Global Leader Program was started in 2013 as part of the university's efforts to internationalise its curriculum and promote co-learning among students of different cultures. 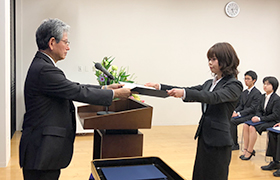 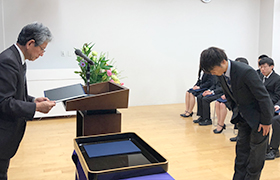 Mari Nakagawa is an active member of IPLANET, a support group for the university's International Program in Liberal Arts (IPLA). She's been on exchange programmes to England and Germany, and said that interacting with foreign students has given her the dream to work abroad after graduation.

"Tohoku University has many international opportunities, and everyone should try them. It's very stimulating to talk to foreigners, to learn about their countries and cultures. They speak so freely and their views are so different."

"I want to be an international researcher," said Hiromu Miyamoto, a chemical engineering student. "I studied French for two years because I hope to join a double degree programme in France. I think Japanese people can learn a lot by talking to people from other parts of the world and listening to their ideas and opinions." 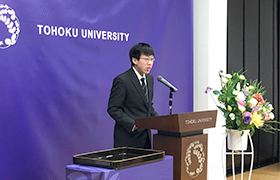 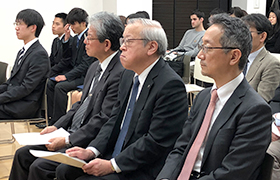 At the end of the ceremony, Yu-chin Chen gave a speech on behalf of his fellow students, and shared his experiences at Simon Frasier University in Canada.

"I was able to attend lectures in different fields and study with interesting people from different backgrounds. I think the motivation and courage to pursue unfamiliar activities, the ability to communicate ideas and to find commonalities in seemingly different things - these are all useful skills to have regardless of your research field."

A total of 54 students have so far received the Tohoku University Global Leader certification, with an increasing number participating in the programme each year. 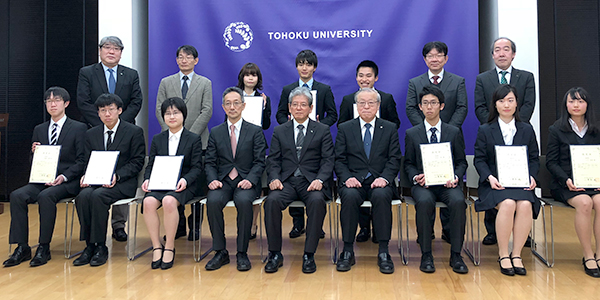