Insight into Competitive Advantage of Modern Humans over Neanderthals

A team of Japanese and Italian researchers, including from Tohoku University, have evidenced mechanically delivered projectile weapons in Europe dating to 45,000-40,000 years - more than 20,000 years than previously thought. This study, entitled "The earliest evidence for mechanically delivered projectile weapons in Europe" published in Nature Ecology & Evolution, indicated that the spearthrower and bow-and-arrow technologies allowed modern humans to hunt more successfully than Neanderthals - giving them a competitive advantage. This discovery offered important insight to understand the reasons for the replacement of Neanderthals by modern humans. 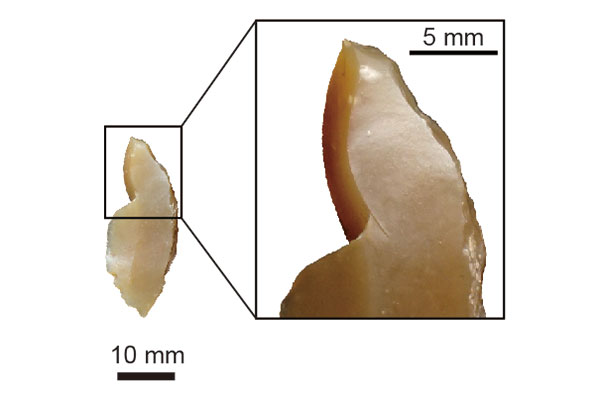 Apparently, Neanderthals and modern humans coexisted in Europe for at least 5,000 years. However, little is known about why modern humans could increase their population size after migrating to Europe and successfully occupy new territories, while autochthonous Neanderthals went extinct ~ 40,000 years ago.

They studied 146 crescent-shaped backed pieces (also referred to as lunates or segments) retrieved from the Uluzzian culture of Grotta del Cavallo (Southern Italy), the first Upper Paleolithic culture developed by modern humans in Europe. "Similar backed pieces have been observed in East Africa, although there is no archaeological evidence indicating a route from East Africa into Europe. To better understand the differences in the Uluzzian from previous lithic traditions, as well as the significance of the emergence of this new culture in Europe, it was crucial to identify the function of the backed pieces", said Adriana Moroni. 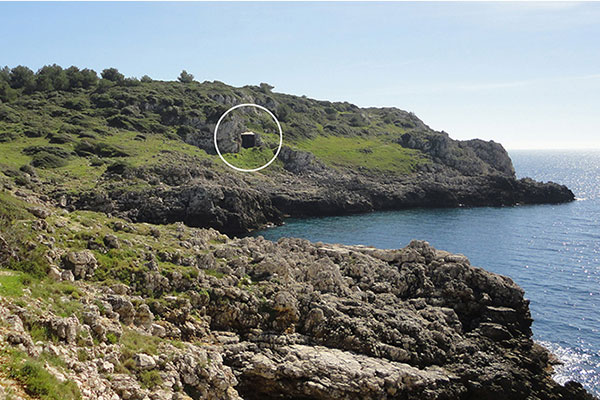 The backed pieces were macroscopically and microscopically analyzed using a Hirox digital microscope and results were compared with use-wear patterns on experimental samples. Through this analysis, diagnostic impact fractures and microscopic impact linear traces were found on numerous backed pieces, demonstrating that they were used as hunting weapons. "The diagnostic impact fractures showed the similar patterns of experimental samples delivered by a spearthrower and a bow, but significantly different from those observed on throwing and thrusting samples", said Katsuhiro Sano. "Modern humans migrating into Europe equipped themselves with mechanically delivered projectile weapons, such as a spearthrower-darts or a bow-and-arrows, which had higher impact energy hunting strategy and offered modern humans a substantive advantage over Neanderthals", concluded Sano.

Furthermore, fourier transform-infrared (FTIR) spectromicroscopy of residues on several pieces demonstrate that the backed pieces were hafted using a complex adhesive, including ochre, plant gum, and beeswax, which stabilized the hafting. "Comparison with FTIR spectroscopy analyses of several red deposit and soil samples recovered from Grotta del Cavallo ruled out organic contaminants from the burial environment and confirmed the presence of ochre as a mixture of silicate and iron oxides", said Chiaramaria Stani (Elettra-Sincrotrone Trieste). 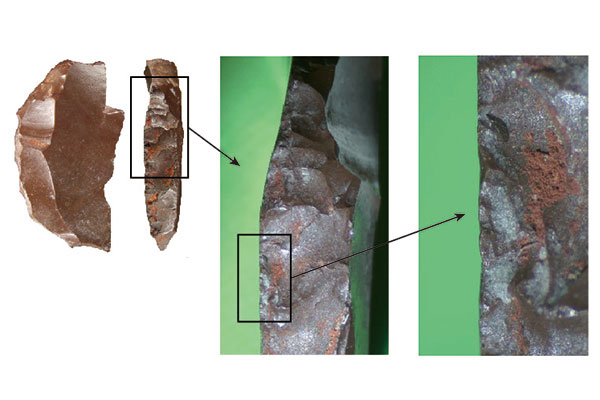 "As the advanced hunting strategy is straightforwardly related to a competitive advantage, this study offered important insight to understand the reasons for the replacement of Neanderthals by modern humans", said Stefano Benazzi. Benazzi is Principal Investigator of the ERC project n.724046 - SUCCESS, a project aimed at understanding when modern humans arrived in Southern Europe, the biocultural processes that favoured their successful adaptation and the final cause of Neanderthal extinction.