Bringing the 'Sticky' Back to Pancreatic Cancer

A multidisciplinary team of researchers at Japan's Tohoku University has found that a gene regulator, called BACH1, facilitates the spread of pancreatic cancer to other parts of the body. The scientists, who published their findings in the journal Cancer Research, say drugs that control BACH1 could improve disease prognosis. 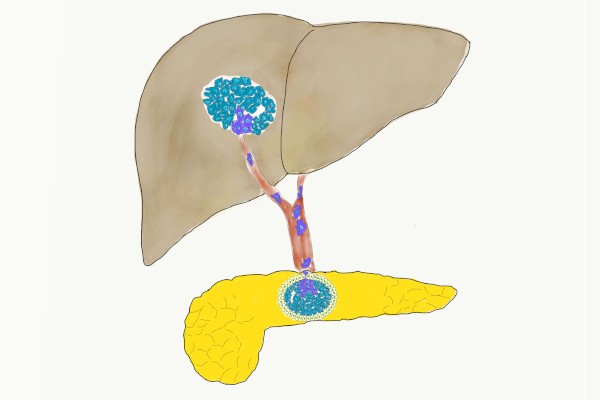 BACH1 reduces cell-to-cell adhesion in pancreatic cancer cells, promoting their spread to other parts of the body, like the liver. ⒸTohoku University

For example, BACH1 was found to play a role in repressing the gene FOXA1 and activating the gene SNAI2, which ultimately leads to the suppression of a gene called CDH1. This gene codes for a protein called E-cadherin, one of the most important cell surface molecules involved in cell-to-cell adhesion. 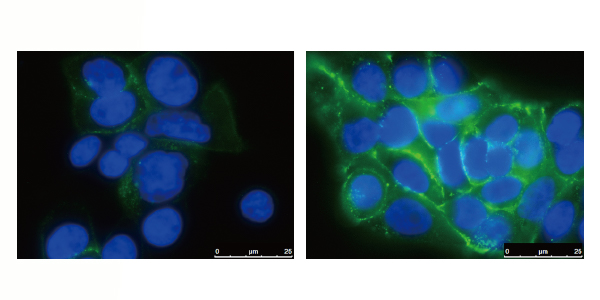 Silencing BACH1 (right image) increases the production of E-cadherin (green), holding the pancreatic cells together and making it more difficult for them to metastasize. ⒸTohoku University

The team next plans to look for other genes targeted by BACH1 in pancreatic cancer cells, which could have effects other than promoting metastasis.