A group of researchers has developed a new program showing participation and activity is critical for the rehabilitation of older adults in long-term care.

The results of their research were published in the journal PLOS ONE on February 12, 2021.

In 2015, the Ministry of Health, Labour and Welfare of Japan launched a comprehensive plan to care for the country's aging population. Crucial to this was rehabilitation centered on promoting activities that elderly patients could actively take part in.

Baba, a former graduate student at the Department of Internal Medicine and Rehabilitation Science at Tohoku University Graduate School of Medicine, and his supervisor, professor Masahiro Kohzuki, developed a program that fostered participation in activities such as park cleaning, gardening, and shopping. The program was implemented at 13 small-scale multifunctional at-home care (SMAC) facilities in Adachi Ward, Tokyo and was called the Adachi Rehabilitation Program (ARP).

A round of ARP comprises four weekly sessions. In the first session, participants take a bus to buy cleaning tools and seeds. In the following three sessions, they spend one-hour cleaning and maintaining flower beds in a nearby park. Participants are also encouraged to go to the park outside of the sessions. 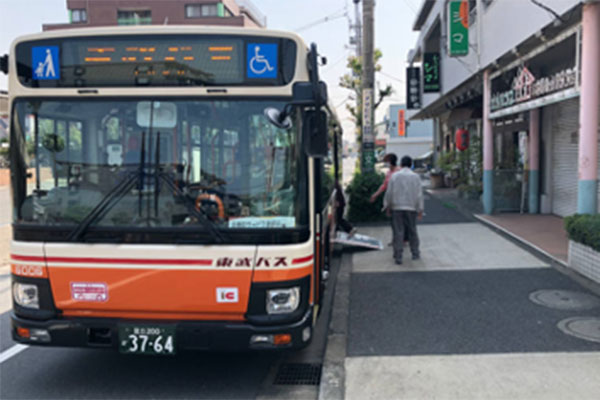 Participants get off a bus to purchase cleaning tools and seeds. ©Tohoku University

The Japanese long-term care insurance system designates the amount of care needed according to seven levels: those at level one require a minimal care, while those at level seven require chronic care. ARP focused on those at the lower end of the spectrum.

Baba and his team conducted a controlled study for three courses (12 weeks) of ARP at the SMAC facilities.

As expected, step counts increased on days participants ventured out to parks and shopping centers. However, the research team also discovered that participation in ARP increased participants' step count even on days where there were no sessions. 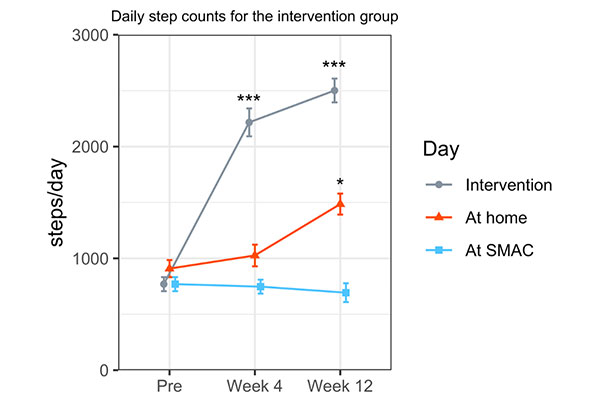 ARP may have led to a behavioral change in which those under-long term care became more motivated to go out," added Baba. "Ultimately, community rehabilitation in long-term care insurance services can improve the physical activity of older adults."