Researchers in Japan have identified the potential genes responsible for coral bleaching caused by temperature elevation.

Researchers carried out a transcriptomic analysis with the symbiotic sea anemone Exaiptasia diaphana (Fig.1), an emerging model cnidarian, under multiple culture conditions. The temperature rise and the shift to a non-symbiotic state (a state in which two organisms are not interdependent on one another) caused the expression levels of 292 genes to alter dramatically and irreversibly (Fig.2). The research group argues that the 292 "Heat Induced Bleaching Associated" (HIBA) genes include factors of coral bleaching as a result of temperature elevation. 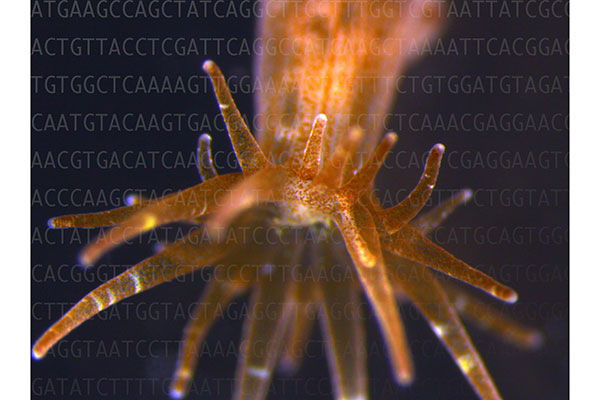 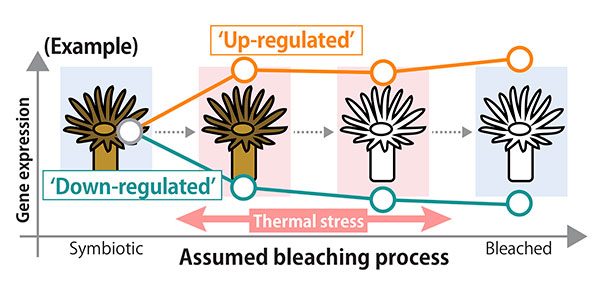 Coral reefs are a major reservoir of biodiversity in the sea. Their ecosystem relies on a stable symbiotic relationship between the host cnidarian animals, including corals and sea anemones, and the symbiont dinoflagellate. Ongoing environmental changes due to global warming can permanently damage the symbiosis: a phenomenon known as 'coral bleaching.' However, mechanisms for maintaining stable symbiosis are poorly understood.

In the study, the HIBA genes were subjected to a functional classification analysis and divided into four major functional groups: transporters, oxidation-reduction, lysosomes, and carbohydrate metabolism (Fig. 3). According to Shinchiro Maruyama, an assistant professor at Tohoku University "Lysosome is a versatile organelle that degrades various substances in a cell." He adds that "inhabitance of the symbiont dinoflagellate in an organelle called 'symbiosome,' something that resembles lysosomes, suggests a relationship between lysosomes and bleaching; a situation where number of symbionts has decreased in the host cnidarian animal." In addition, symbiont carbohydrates have long been believed to contribute to symbiosis. Based on these factors, the team hypothesizes that degradation of carbohydrates in lysosomes is the central function of the HIBA genes, and generates the need for further investigation. 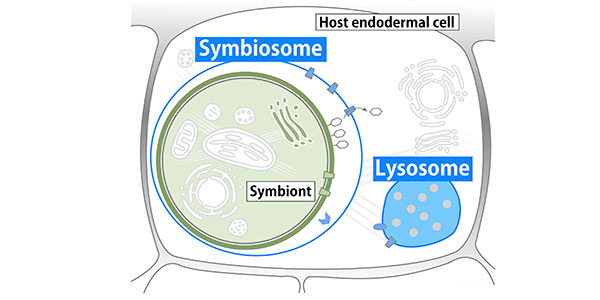