Researchers at Tohoku University have developed a new cognitive training game aimed at improving road safety among elderly drivers. The game, "Cognitive Training for Car Driving" (CTCD), requires only a set top box and a TV, and for users to play it regularly.

This new training game comes at a time when the number of older car drivers worldwide is increasing, leading to accidents caused by age-related cognitive decline among drivers.

To investigate the effectiveness of CTCD on driving skills, the research team at the Institute of Development, Aging and Cancer, led by Dr. Rui Nouchi and Ryuta Kawashima, conducted a randomized controlled trial study (RCT).

Sixty adults between the ages of 65-80 were randomly divided into two groups - one group played CTCD while the other played other video games (OVG) for six weeks. They played for 20 minutes a day, for at least five days a week.

How the game works: 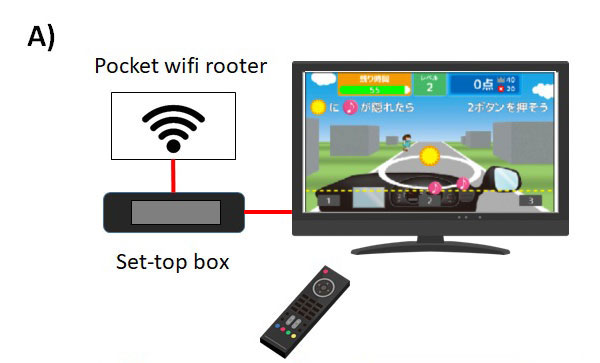 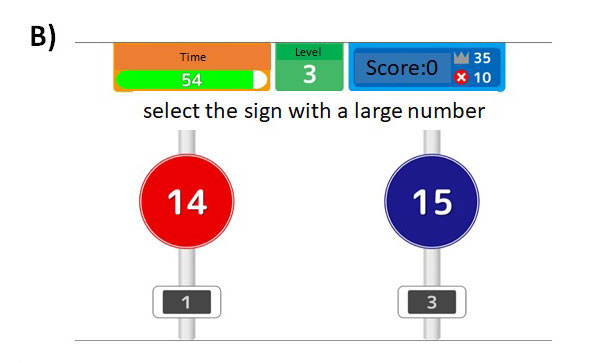 Two signs with two numbers are presented on the TV screen. Participants are asked to select the sign with the larger number as quickly as possible. In the case shown in Figure 1B, the sign on the right is the correct choice. 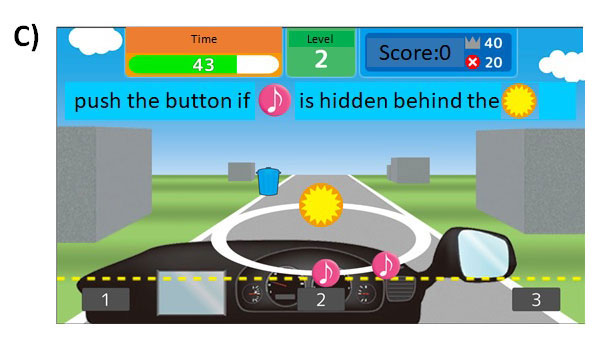 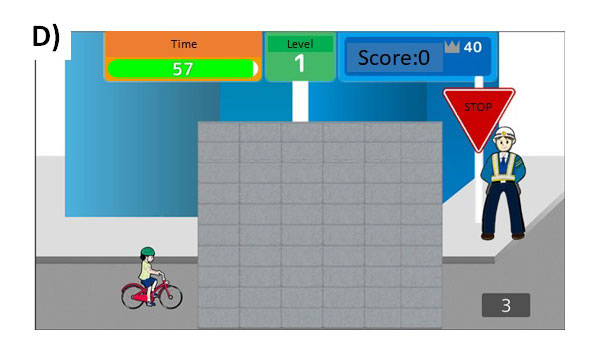 In the speed prediction exercise (shown in 1D), a target moves behind a wall from left to right on the TV monitor. Participants are asked to push the button when the target comes out from behind the wall. 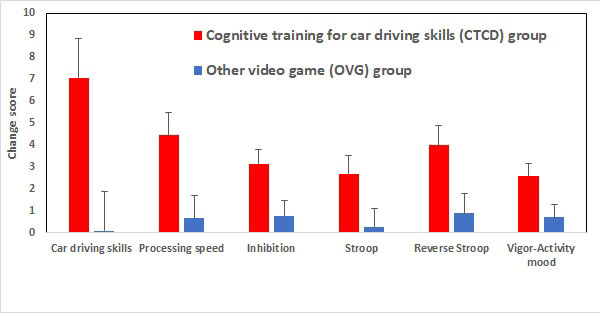 "These results extended our previous findings that regular use of a simple cognitive training game can benefit older adults who drive cars," said Nouchi. He added that the team now hopes to take the research further, to investigate ways that CTCD can help reduce road accidents among older drivers.