A peek into lymph nodes

A new method to diagnose cancer cells inside lymph nodes could allow doctors to treat cancers before they spread around the body.

The vast majority of cancer deaths occur due to the spread of cancer from one organ to another, which can happen either through the blood or the lymphatic system. However, it can be tricky to detect this early enough. Researchers at Tohoku University have developed a new method that would allow doctors to detect cancers in the lymph nodes while they are still small, before they travel to other parts of the body. This can greatly increase the chances of a successful treatment.

Researchers have developed a new method to detect cancer earlier in the lymph nodes involving micro-CT. The micro-CT scans show how a contrast agent is blocked from more and more of the lymph node, indicating tumor development within the first month of infection. ⒸTohoku University

There aren't many imaging techniques that can detect tumors in lymph nodes before they grow too large, especially in smaller nodes. Biopsies of lymph nodes is a possible option, but it can often give false negative results. So the team wanted to come up with a new method that would accurately detect the earliest stages of a cancer moving to another part of the body, using a technique called x-ray microcomputed tomography (micro-CT).

The team tested their new method on mice with breast cancer cells inserted into their lymph nodes. They injected a contrast agent at a slow, steady pace into the lymph nodes upstream of those carrying the cancer cells. As the contrast agent made its way through the lymphatic system, the researchers were able to map out its movement using micro-CT. 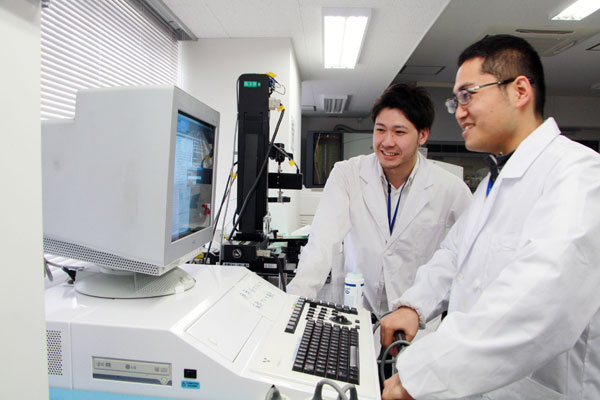 By comparing the shape of the lymph node and the areas that contained the contrast agent, the researchers were able to get a clear picture of the presence of cancer cells there.

Next, the researchers would like to hone in on better contrast agents that would offer a clearer, more precise picture of how cancer cells are moving around the lymphatic system. In the future, this technique could be an effective way to detect tumors early before they spread around the body, saving many lives and adding one more tool that doctors can turn to in their fight against cancer.