The devastating 2011 tsunami that struck the northeast of Japan led to a surprising outcome - empowering some migrant women, while further isolating others.

Media coverage following the 2011 Great East Japan Earthquake and Tsunami that caused widespread destruction in northeastern Japan helped raise the profile of a previously 'invisible' part of the population - women who come from other countries to marry Japanese men. The coverage led to some, but not all, women gaining more recognition from their communities, according to joint research from Japan and New Zealand.

There are an estimated 400,000 'marriage-migrant' women in Japan, according to government and academic reports. They are often recruited by international marriage agencies to fill population gaps in rural regions. Migrants use the opportunity to escape poverty and violence in their home countries, but can often become 'invisible' in their new country. The language barrier and no connection to their own ethnic groups cause isolation and loneliness. Existing research shows that the migrants report domestic violence to social service organisations more than Japanese women. However, policymakers have failed to take action given that these issues take place within the household and marriage migrants are generally invisible.

Sunhee Lee of Tohoku University in Japan, and Shinya Uekusa of the University of Auckland in New Zealand interviewed 60 of these marriage migrants living in the regions hardest hit by the tsunami, including Iwate, Miyagi and Fukushima. Their aim was to understand how visibility changed for the women after the disaster. 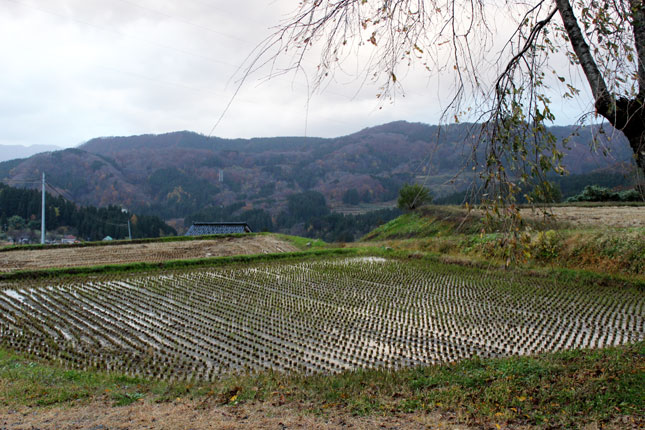 An estimated 400,000 migrant women have married men living in rural areas of Japan, including the regions around Tohoku. Many migrants become isolated due to language barriers and lack of social networks. Copyright: Tohoku University.

When the news media at home and abroad featured the migrants' unique struggles and efforts to support their family and community during that time, religious groups and ethnic organisations reached out with relief goods for the whole community. This in turn boosted the social recognition and resources for those migrants as they become the point of contact for aids, created their own networks, and received appreciation from villagers.

"Ironically, the devastating disasters have been empowering for them, and many of them became visible, particularly for their specific vulnerabilities and resilience," the researchers say in their study published in the Journal of Ethnic and Migration Studies.

However, the spotlight also led to some backlash. One participant said that her neighbours would criticise her 'famous' status when journalists or researchers visited for an interview - a statement corroborated by a social worker.

The women interviewed for the study came from China, Korea and the Philippines, and ranged between 30- and 60-years-old. They have lived in Japan between 11 years and 30 years, and had varying levels of Japanese language competency.

The researchers note it was "extremely difficult" to find Chinese and Korean wives to speak with after the disaster, "such was their invisibility in Tohoku's rural communities." The team speculate that women with limited Japanese language skills became even more dependent on their Japanese families in the emergency, leading them to be further isolated. The researchers plan to further investigate the experiences of women who remained invisible.

Of those Chinese and Korean women who they did interview, the researchers learned that a common survival strategy was to intentionally make themselves 'invisible', by using Japanese names, isolating themselves from their ethnic networks, and staying within their home and community. Other migrant wives from various backgrounds including China, Korea and the Philippines integrated with their host family by fulfilling gendered cultural norms, such as being submissive, taking care of children and elderly family members, doing housework and helping with the family business, typically farming and fishing. 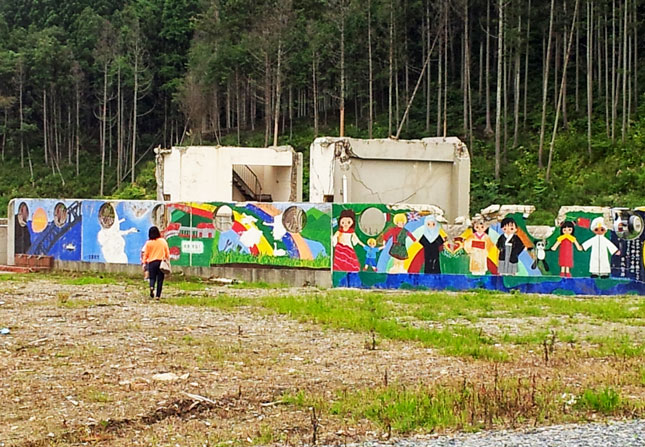 While some migrant women gained recognition for helping their communities after the 2011 tsunami, others became even more isolated. Copyright: Sunhee Lee.

Previous research has tended to attribute challenges faced by migrant women to their individual circumstances, rather than cultural norms, gender inequality and discrimination. The researchers hope that by further understanding how these broader societal factors disenfranchise migrant women, then policymakers can develop strategies to improve conditions for marriage migrants.