Researchers identify a metal that withstands ultra-high temperature and pressure

Japanese scientists have identified a metal able to stand up to constant forces in ultrahigh temperature, offering promising applications including in aircraft jet engines and gas turbines for electric power generation. 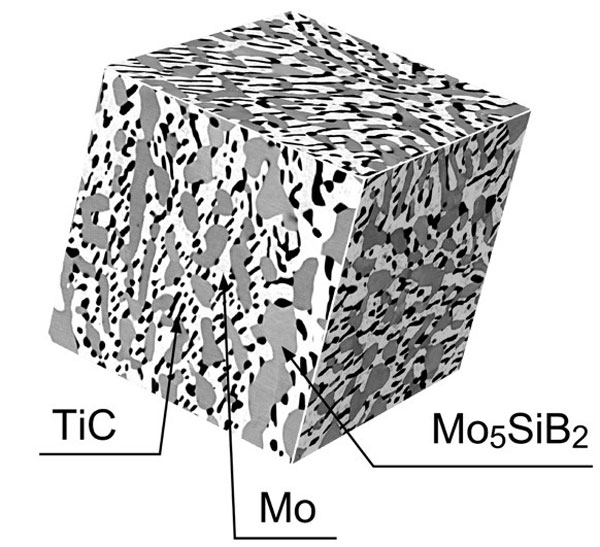 "Our experiments show that the MoSiBTiC alloy is extremely strong compared with cutting-edge Nickel-based single crystal superalloys, which are commonly used in hot sections of heat engines such as jet engines of aircrafts and gas turbines for electric power generation," said lead author Professor Kyosuke Yoshimi of Tohoku University's Graduate School of Engineering.

"This work suggests that the MoSiBTiC, as ultrahigh temperature materials beyond Nickel-based superalloys, is one promising candidate for those applications," added Yoshimi. 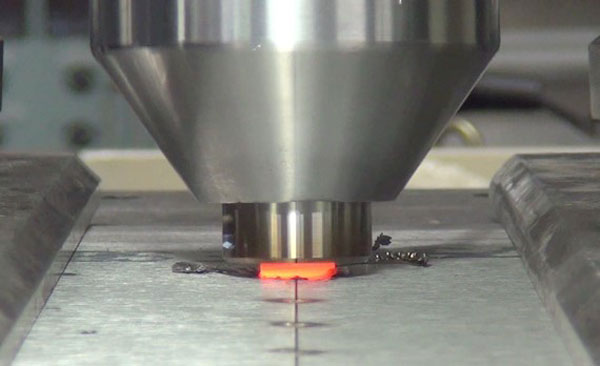 Yoshimi and colleagues report several parameters that highlight the alloy's favorable ability to withstand disruptive forces under ultrahigh temperatures without deforming. They also observed the alloy's behavior when exposed to increasing forces and when cavities within MoSiBTiC formed and grew, resulting in to microcracks and final rupturing.

The performance of heat engines is key to future harvest of energy from fossil fuel and the subsequent conversion to electric power and propulsion force. The enhancement of their functionality may determine how efficient they are at energy conversion. Creep behavior - or the material's ability to withstand forces under ultrahigh temperatures - is an important factor since increased temperatures and pressures lead to creep deformation. Understanding the material's creep can help engineers construct efficient heat engines that can withstand the extreme temperature environments.

The researchers assessed the alloy's creep in a stress range of 100-300 MPa for 400 hours. (MPa, or megapascal, is a unit used to measure extremely high pressure. One MPa equals approximately 145psi, or pound per square inch). 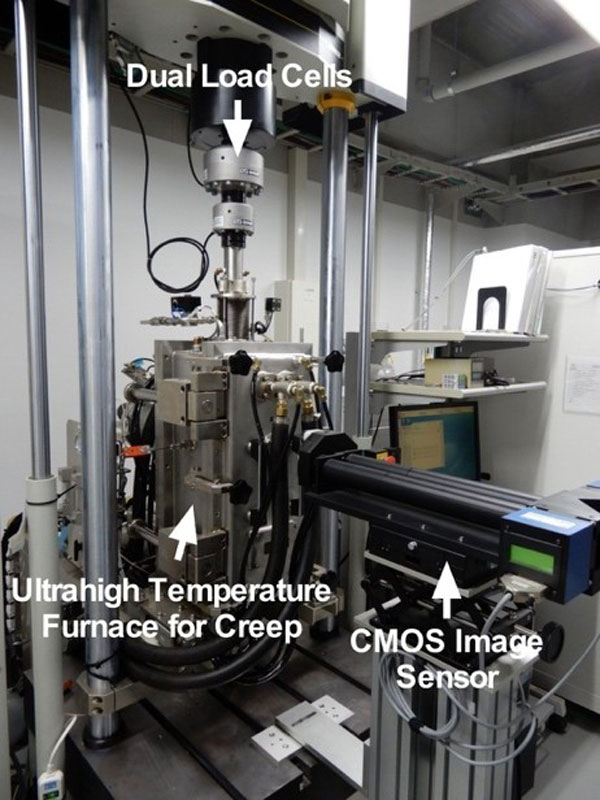 All experiments were performed in a computer-controlled test rig under vacuum in order to prevent the material from oxidizing, or reacting with any potential air moisture, which could ultimately result in rust formation.

Furthermore, the study reports that, contrary to previous studies, the alloy experiences larger elongation with decreasing forces. This behavior, they write, has so far only been observed with superplastic materials that are capable of withstanding against unexpected premature failure.

These findings are an important indicator for MoSiBTiC's applicability in systems that function at extremely high temperatures, such as energy conversion systems in automotive applications, power plants, and propulsion systems in aircraft engines and rockets. The researchers say that several additional microstructural analyses are needed in order to fully understand the alloy's mechanics and its ability to recover from exposure to high stresses such as large forces under high temperatures.

They hope to keep refining their findings in their future endeavors. "Our ultimate goal is to invent a novel ultrahigh temperature material superior to Nickel-based superalloys and replace high-pressure turbine blades made of Nickel-based superalloys with new turbine blades of our ultrahigh temperature material," said Yoshimi. "To go there, as the next step, the oxidation resistance of the MoSiBTiC must be improved by alloy design without deteriorating its excellent mechanical properties. But it is really challenging!"

The study was supported by the Advanced Low Carbon Technology Research and Development Program (ALCA) of the Japan Science and Technology (JST) (No. JPMJAL1303) as well as the Japanese Society for Promotion of Science (JSPS).