New Insights into Fragile X Syndrome and the Fetal Brain

Researchers at Tohoku University have revealed further insight into the fetal development of our brain and the potential causes of Fragile X syndrome (FSX).

During brain development, the fetal period is vital in creating neurons from neural stem cells to build up a functional adult brain. Any impairment in the developmental program could result in severe defects in the brain.

FSX is a genetic disorder characterized by intellectual disability and autistic symptoms. Children with FSX will generally suffer from developmental delays as well as social and behavioral problems. 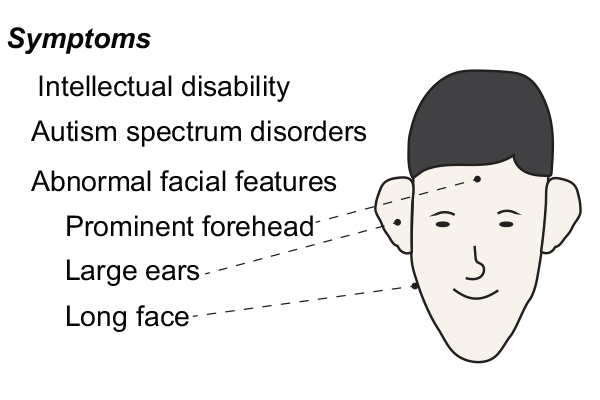 "Our study illustrated the possible molecular mechanism that causes FXS in the fetal brain and furthers our understanding of hereditary developmental disorders in the brain's developmental stage," said Noriko Osumi, professor at the Department of Developmental Neuroscience, Tohoku University Graduate School of Medicine.

Using next-generation sequencing, Osumi and her team identified hundreds of FMRP regulated molecules in mice fetal brains. These molecules were associated not only with neurogenesis but also autism and intellectual disability.

Their findings showed that specific groups of molecules were involved in the intracellular signaling pathways such as Ras/MAPK, Wnt/β-catenin, and mTOR.

The mTOR activity was significant in the fetal brain of FMR1 deficient mice, suggesting that increased mTOR activity may lead to abnormal proliferation and differentiation of neural stem cells in the fetal brain. Ultimately, these molecular mechanisms could be responsible for developing the brain during the fetal period and contribute to the causes of FXS.

The research team hopes this new information will serve as an essential resource for future studies of neurodevelopmental disorders.