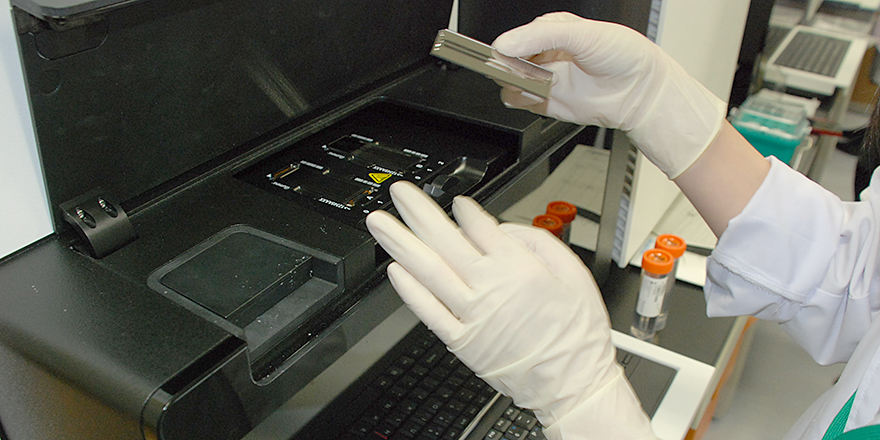 ToMMo identified through this high-coverage sequencing (32.4 × on average), 21.2 million, including 12 million novel, single-nucleotide variants (SNVs) *2 at an estimated false discovery rate of <1.0%. This detailed analysis detected signatures for purifying selection on regulatory elements as well as coding regions.

This research has produced a basic analysis tool for the large-scale identification and study of the genes related to the physical constitution and diseases that are peculiar to the Japanese. It has so far yielded important results that can accelerate the research of personalized healthcare and medicine.

The results of this research were released in the online version of Nature Communications on August 21, 2015.

Since 2013, the two universities have been conducting cohort studies, which include some150,000 community residents in Miyagi and Iwate prefectures.

*1 Cohort study: A study in which a specific group of people is tracked for a given period of time to reveal the relationship between diseases and environmental factors such as lifestyle habits, genetics and other factors.

*2 Single nucleotide variants (SNVs): A variation of a single base of the genome sequence among individuals. Usually, a variation that exists at a constant frequency or higher is called a SNP.